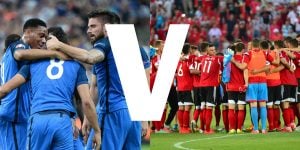 The first round of group games in Euro 2016 are finished and we’re now moving on to the next stage of games. Wednesday night sees hosts France, smarting after their victory over Romania on Friday night, take on Albania, who fell to a 1-0 defeat against Switzerland. France have an easy group and they should continue their unbeaten start to Euro 2016, with odds of 1/5 on them to beat Albania.

All eyes were on Paul Pogba before Friday’s game against Romania. The man with a French rooster shaved onto the side of his head is expected to be one of the stars of the tournament; however it was his teammate Dimitri Payet who put in a superb performance. Payet’s wonder goal won the game for France and he’s at 13/10 to score against Albania. His goal followed on from Olivier Giroud’s 58th minute header, and the Arsenal striker is the favourite to score first again at 57/20. Payet departed in tears in the 92nd minute to a standing ovation from the crowd at the Stade de France, and West Ham reiterated via twitter after the game that “they’ve got Payet.” The game did show the entertainment that could come from the French defence, with the experienced Patrice Evra conceding a penalty, which was duly converted. Albania are weaker than Romania and Hugo Lloris is expected to keep a clean sheet at 10/19. 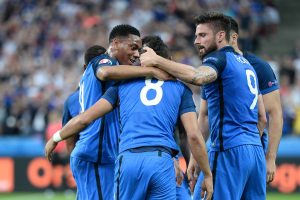 Unfortunately Albania didn’t have Taulant on Saturday when they were defeated by Switzerland in the Xhaka derby. They’ll be without their captain Lorik Cana against France, who was sent off for a handball in the first half. Etrit Berisha made six saves in goal for the Albanians and he’s going to have to put in a magnificent performance to frustrate the host nation. An Albanian clean sheet is priced at 6/1. They’ll be looking to make a fast start and gain momentum against what is a weak and vulnerable French defence. Albania are 4/1 to score first and an early attack could catch the French off guard.

France weren’t convincing against Romania, but the result was all that mattered in that game to the host nation. Didier Deschamps is a meticulous man and will be keen not to repeat the same mistakes that were made in that game, notably in defence. Albania missed three good opportunities on goal in their first game and they can’t afford to do that again. Whether they’ll get three opportunities though against France is another question. France will score goals against this Albanian side, but whether they can go 90 minutes without conceding is still unknown. Get France to win 3-1 at 12/1. 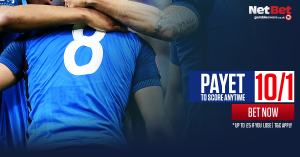 Premier League fixtures 2016-2017: Full Schedule of All The Games
Euro 2016: Will the WAGS Steal the Show Again