All but one club have officially revealed their kits for the Premier League season 2016-2017. We have no idea where the Manchester United kit is. Plenty of dodgy photos doing the rounds online. Only a matter of time now til we see it. Southampton have a classic this year, whereas Sunderland have a shocker!

Aside from the actual action on the pitch and the excitement of Transfer Deadline Day, there’s nothing that excites fans more than the unveiling of a new kit. They’re sold at extortionate prices, but that doesn’t stop the ardent fan from investing in the new strip each year.

Every kit is different and some drag fans to the nearest sport shop, whilst others are so horrifying that they go down in the annals alongside some of the shockers from the early 1990s.

Here we have a look at every single Premier League strip that could feature this season and give them a mark out of 10.

Home Kit – There’s nothing too risky with this kit and it’s hard to go wrong with red and black stripes. A safe option and a safe rating to go with it. 5/10

Away Kit – Differently shaded blue hoops are an interesting look and the shirt is combined with a white rim on the sleeve. A fairly safe away kit as well. 5/10

Third Kit – This is a much riskier shirt than the home and away options. It’s loud and bold and is one that won’t have many fans rushing to the shops. 2/10

Home Kit – A traditional Arsenal shirt with the red body and white sleeves, although there’s an unexplained stripe down the middle in a darker shade of red. It’s inspired by players, managers and moments from the 90s. Hopefully they’ll play like those Arsenal sides as well. 7/10

Away Kit – The away kit also has a historic theme to it and it looks good. The yellow kit is reminiscent of the 2005/06 strip which saw them reach the Champions League final. A great strip and the best of their three kits. 9/10

Third Kit – There’s an element of Borussia Dortmund about this top and the neon doesn’t really work. Mind you, the Emirates regularly has its lights on, but there’s no one at home. Not a good one. 3/10

Home Kit – A simple enough claret and blue shirt combined with white shorts and socks. Puma have done well here and there’s worse in the league. 6/10

Away Kit – The home kit has been turned inside out and it’s combined with navy blue shorts with a claret stripe down the side. There’s no collar and it looks good. 8/10

Home Kit – One of the first shirts to be revealed, taking attention away from what was taking place on the pitch at Stamford Bridge last season. The classic royal blue, with the Chelsea lion is emblazoned across the shirt. This is a bit of a throwback shirt, but at least it’s different from recent years. 8/10

Away Kit – Chelsea and Adidas have done the black and neon yellow before and it’s failed, but this one’s a bit of a hit. There are similarities with the kit and a highlighter pen, but who says that’s a bad thing? 8/10

Third Kit – Less is more. The worst of the three Chelsea kits, but still looks alright. 6/10

Home Kit –The blue features heavily on the Palace home shirt this year and it looks good. The combination of the predominantly blue top, with the blue shorts and blue socks looks good and is one of the best in the league. 9/10

Away Kit – The diagonal stripe hinders this design, but it doesn’t take away from the contrasting colours of the mustard yellow, royal blue and red. Good, but not great. 7/10

Home Kit – A fairly standard Everton home kit, it includes the traditional blue with a white collar, but what on earth is going on with the yellow stripe on the sleeve? Looks out of place, bizarre and ruins the kit. 4/10

Away Kit – Umbro have really screwed the pooch with Everton this season. The away kit draws inspiration from their first title-winning campaign in 1890/91 when everything was in black and white anyway. The black is fine, but the salmon trims look frankly ridiculous. 2/10

Home Kit – Amber and black is usually a good combo, but Umbro have again ruined it by adding a white collar and white cuffs. It doesn’t match and looks amateurish. 2/10

Away Kit – It features the same colours as the home kit, but the strip is predominantly black with an amber collar and cuffs. It’s a simple design and looks good. 6/10

Home Kit – Leicester could be playing in skins this season and the fans would still buy the strip. The shirt will look better with the Premier League Champions badge on the sleeve. Puma have done ok here, but could have done better. 6/10

Away Kit – Puma have said that the all-red away kit is designed in tribute to the players’ fearlessness in their title winning campaign. It’s a fine away kit and doesn’t leave anything open for criticism. 8/10
Third Kit – The third kit is a throwback to the 1983/84 season when Gary Lineker scored 22 goals. Unfortunately he won’t get to wear it when he’s presenting Match of the Day for the first time this season in his underwear. I’ve never been a fan of white shirts with thin blue stripes, but I’ve seen worse. 5/10

Home Kit – At first look, you’d think that the home strip hasn’t changed, but it has, slightly… The only difference is the buttoned-style collar. The red and gold suit each other, but it’s lacking in originality. 4/10

Away Kit – The black and silver design is simplistic and the shirt also features a tribute to the 96 who died at Hillsborough. The touch of red on the sides is also an added bonus. 8/10

Third Kit – The third kit draws inspiration from the match day programme from the 2001 UEFA Cup final. The programme should be stuck in the shredder as this is an absolute shocker. The green and grey doesn’t go and hopefully this shirt is rarely used. 1/10

Home Kit – Nike design this kit, which on its own looks fine and wearable. Unfortunately they also design the England kit and the design is exactly the same. City fans can be safe in the knowledge that their team aren’t as bad as England. 6/10

Away Kit – The same design as the home kit, but with different colours. The black, burgundy and yellow aren’t a great mixture and the players will be wearing fluorescent yellow socks. Colour coordination was missing on the day of this design. 3/10

Home Kit – There are two different shades of red, with one being crimson and the other scarlet. Any other colours have been kept to a minimum, with just the Adidas stripes in white down the side. This is the best kit going, just a shame about the side who’s wearing it. 10/10

Away Kit – Adidas have done a good job justifying their investment in Manchester United. The fluorescent red stripes look good alongside the blue. 8/10

Third Kit – A hat-trick for United. This one is good as well. The white works well with the grey and although it’s the worst of the United shirts, it’s still better than any from some other clubs. 7/10

Home Kit – This kit is fine, apart from the giant white panel across the middle of it. There’s a blue stripe underneath the panel that looks equally ridiculous. 4/10

Away Kit –The away kit is considerably better and the blue chevron doesn’t look as silly. As with all Adidas kits this season, the stripes are down the side. 7/10

A photo posted by Middlesbrough Football Club (@theboroofficial) on May 20, 2016 at 1:10am PDT

Home Kit – The traditional red and white stripes feature, but it appears that Under Armour copied the design of the Virgin Media sponsor and shaped the top half of the shirt in the same way. There’s a black trim on the sleeves and Saints players will be wearing black shorts. Looks odd at first, but could get used to it. 5/10

Away Kit – Exactly the same design as the home shirt, but without the stripes. It’s not quite as extravagant as the home kit, but it still looks good. 6/10

Home Kit – The home strip hasn’t changed much since last season, but Macron have added a white collar to the shirt. It looks alright, but nothing special. 5/10

Away Kit – The design is simple, but the baby blue is eye catching. Not much to say on it, but it’s something different. 7/10

Home Kit – Another red and white striped kit with nothing majorly wrong with it. Adidas have designed it with a gold collar and gold stripes however, and this looks kind of odd for a team that hasn’t won anything in years. 6/10

Third Kit – This is an absolute abomination. Horizontal stripes and cross hatching design looks bad in any colour, but looks dreadful in purple and pink. Don’t waste your money Sunderland fans. 0/10

Home Kit – Swansea’s most simplistic shirt since they’ve been in the Premier League. Less is definitely more here, a shame that their all-white home strip will be subjected to torrential downpours over the coming season. 8/10

Away Kit – The away kit isn’t as simple, but the fade from electric blue to navy looks good. The shorts are navy too, whilst the socks return to the electric blue. Lots going on and not as good as the home kit, but still looks decent. 7/10

Home Kit – The diagonal stripe that was on their last kit has now gone and it looks a lot better. Gold features on all three kits in a tribute to the cockerels on the stands at White Hart Lane. They look less like male chickens however, and more like something else. 6/10

Away Kit – The blue and gold of the away kit makes it look slightly retro and looks good. It’s better than their home one. 7/10

Home Kit – A much simpler design than last year and another case of less is more. Yellow is the main colour and the black and red doesn’t damage the shirt too much. The button down collar does though, but it’s not disastrous. 7/10

Away Kit – Exactly the same as the home shirt, but with white replacing yellow. Doesn’t look too bad, but the collar is a sticking issue. 5/10

Home Kit – There’s nothing drastically different about the Baggies home shirt this season, apart from the light blue that’s been added to the shirt for the first time in 130 years. It’s not offensive however, and actually looks decent. 6/10

Away Kit  – The away kit switches to pin stripes which left fans in fury a few years ago. Adidas have done a good job though and the electric blue stands out. 7/10

Home Kit – The first home strip that will grace the Olympic Stadium doesn’t look too different from the last one at Upton Park. The badge has changed, but the famous claret and blue remains. 6/10

Away Kit – The first away kit is very different from the predominantly blue strip from last year. This season it’s white, with tinges of claret and blue on it. It’s not bad but it’s also not good. 5/10 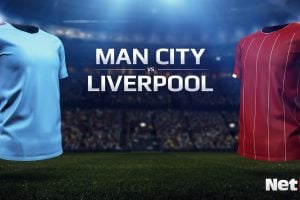