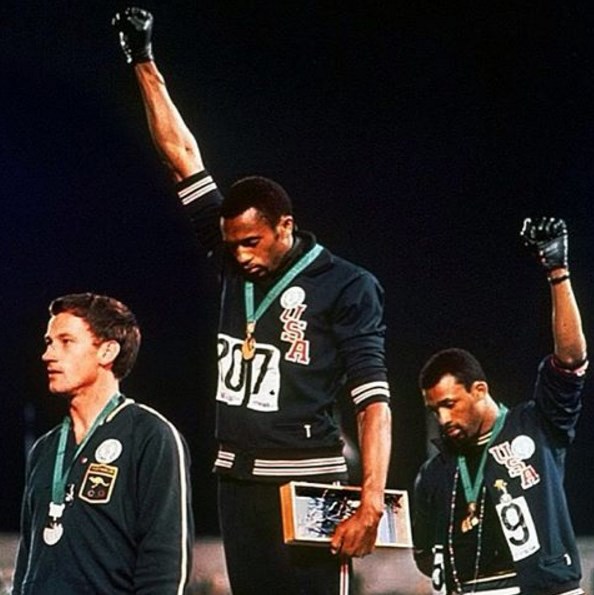 It is believed that politics and sport are two separate entities and that they are never mixed together. Unfortunately this isn’t true, as many countries in Olympics history have withdrawn in protest, or been banned from competing in the Games. Here we look at some of the many boycotts, bans and protests over the years.

The Olympics returned in 1920 after an 8 year absence due to the First World War. The Games were awarded to Antwerp in Belgium, in honour of those who’d suffered during the War. Located on the Western Front between France and Germany, it seemed a fitting host nation. However, after the Paris Peace Conference, the outbreak of the war was blamed on Germany and its allies. The result of this was a ban for the defeated nations in the war and despite being under new governments; Austria, Bulgaria, Germany, Hungary and Turkey were all banned. Four of these nations returned in 1924, but Germany’s ban was not lifted until 1925.

1928 was the year that women finally gained the right to vote in the UK. The women’s 800m race was included for the first time at the Olympics; however the end of the race saw several runners collapse at the end. Upon seeing the race, IOC President Henri de Baillet-Latour and the all-male Olympic establishment banned the women’s 800m race until 1960.

Berlin was selected by the IOC as the host city for the 1936 Games in 1931, however Hitler’s rise to power in 1933 lead to many countries questioning the morality of the Games hosted by a Nazi regime. A number of brief campaigns to boycott or relocate the Games emerged, however these were ultimately unsuccessful. The protest movement was most prominent in the USA. Some within the American political system argued that participation in the Games would be a sign of support for the Nazi regime and its anti-Semitic policies. This movement eventually failed, and the USA participated in the Olympics, however many individual Jewish athletes withdrew from the Games.

The Olympics returned in 1948, after an 8 year hiatus due to the Second World War. Just like 1920, Germany was banned from competing in the Games, whilst allies Japan were also prevented from participating. Although originally an axis power, Italy’s defection in 1943 and Mussolini’s subsequent deposition saw them compete in the Games and they were allowed to send athletes. The Soviet Union were invited to the Games, but decided not to take part. Both Germany and Japan were reinstated by 1952, however due to the division in Germany, only the West sent athletes to compete.

The Suez Crisis involving the joint invasion of Egypt by Israel, the UK and France saw a mass boycott of the 1956 Games in Melbourne. Egypt, Iraq and Lebanon all announced their intention to withdraw from the competition. This wasn’t the only boycott in 1956 however, as the Soviet Union’s defeat of the Hungarian Uprising forced the Netherlands, Spain and Switzerland all to withdraw as well. The Soviet’s handling of the Uprising continued into the Games, with the Hungarian delegation destroying the Communist Hungarian flag at the Olympic Village and replacing it with the flag of Free Hungary. The Hungarian and Soviet teams met in the semi-final of the water polo, with the match eventually halted in the final minute due to excessive violence.

The Republic of China (now Taiwan) was allowed to compete, and two weeks before the Olympics were scheduled to begin, the People’s Republic of China chose to boycott the event because of regional tensions at the time.

South Africa’s refusal to renounce the apartheid regime in 1964 saw them banned from competing. They were prepared to send seven non-white athletes out of their 62 person team; however the IOC had already decided to ban them from entering the Games. They were not allowed to participate again until 1992. Indonesia’s refusal to allow the Israelis and Taiwanese visas at the 1962 Asian Games lead to their exclusion from the 1964 Olympics, whilst the Games of the New Emerging Forces (GANEFO) were introduced in protest at Indonesia’s exclusion from the IOC. North Korea eventually withdrew due to the IOC’s refusal to allow athletes who participated in the GANEFO to compete in the Olympics. 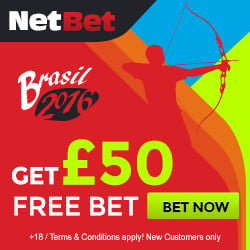 South Africa was invited to the Games on the condition that all segregation and discrimination in sport would be eliminated by the 1972 Games. However the backlash and boycott threats from other African countries, black American athletes and Eastern Bloc countries lead the IOC to overturn their decision.
The Mexican government had increased economic and political suppression in response to growing social unrest and protests in the build up to the Olympics. However, the protests continued and ten days before the Olympics, 200 protesters were shot and over 1000 were arrested.

The gold and bronze medallists in the 200m race, Tommie Smith and John Carlos raised a black-gloved fist, symbolising black power during the national anthem in protest against racial discrimination. In response to this, both Smith and Carlos were suspended from the US team and banned from the Olympic Village. Australian sprinter Peter Norman who finished second in the race was the one who suggested that they wear one glove each. He was heavily reprimanded for his actions, with the Australian Olympic authorities not sending any male sprinters to the 1972 Games.

In a controversial balance beam event final, Czechoslovakian gymnast Věra Čáslavská quietly turned her head down and away during the playing of the Soviet national anthem on the podium, in protest against the recent Soviet invasion of Czechoslovakia. She was later banned from sporting events and international travel for many years, and made into an outcast from society.

North Korea also boycotted the event, due to the IOC’s reluctance to refer to the country by its official name, the Democratic People’s Republic of Korea.

Four days before the start of the 1972 Games, Rhodesia (now known as Zimbabwe) was banned from participating, due to other African countries threatening to withdraw if they were allowed to compete. The reasons behind this were because Rhodesia was seen as an unrecognised state and governed by a white minority.
The Munich Massacre is how the 1972 Games are largely remembered. Palestinian terrorists protesting against their imprisonment by Israel entered the Olympic Village, killing 2 Israeli athletes and taking 9 others hostage. All 9 hostages were killed as the terrorists tried to escape.

31 countries boycotted the 1976 Games, due to the IOC’s refusal to ban New Zealand, whose rugby team had toured South Africa earlier in the year. Senegal and Ivory Coast were the only sovereign nations in Africa that did not boycott the event.
The Republic of China (Taiwan) team also withdrew from the Games due to a name dispute. The Canadian government did not recognise the Republic of China as a nation, instead officially recognising the People’s Republic of China. Canada attempted a compromise by allowing the ROC to use its national flag and anthem; however they refused and boycotted the Games.

In the height of the Cold War, the USA led a boycott in protest of the Soviet invasion of Afghanistan. In total, 63 countries withdrew from the Olympics, some in agreement with the USA, whilst others were unable to bear the financial burden of the Games. Many of the boycotting nations participated instead in the Liberty Bell Classic, or “Olympic Boycott Games”.

In response to the American withdrawal of 1980, the Soviet Union led the Warsaw Pact and other Communist countries on a boycott of the 1984 Games. Yugoslavia, the People’s Republic of China and Romania all disregarded the boycott and attended the Games. In total 14 countries took part in the Soviet-led boycott.

Fidel Castro called for North Korea to be involved in co-hosting the 1988 Games. The IOC called a meeting in 1986 to discuss this, with North Korea demanding that 11 of the 23 Olympic sports would take place on its territory, and also demanded a special opening and closing ceremony. The IOC didn’t meet these demands and the North Koreans boycotted the Games after the negotiations broke down.