With the Olympics finally on the starting block, all eyes are on the world’s top track and field athletes and minority sports, with an estimated two to three billion people glued to their TV screens following the events in Rio.

But what about the sports that didn’t quite make the cut?

Each year, the International Olympic Committee receives a list of applications for new sports vying for a place in the games, with karate, surfing, baseball and softball among the bidders for the Tokyo Games in 2020.

But forget Spearmint Rhino, skimpy outfits and salacious punters – pole dancing is rapidly shedding its sexed up image as a growing number of fellow athletes call for it to become an officially recognised athletic sport.

The International Pole Sports Federation [IPSF], which was founded in 2009, has long battled for pole dancing to be accepted as a sport in its own right. And if you happened to be at Crystal Palace Sports Centre to witness the fifth annual Pole Sports Championships last month, you’d know why.

This annual competition attracts some 150 competitors from over 30 countries, battling it out for the title in front of a demanding panel of judges.
And it’s most definitely not just one for the girls with five official categories – Men, Women, Doubles, Masters (40+ and 50+) and Youth (10-14 and 15-17).

A far cry from diamante-studded hot pants and 6 inch stilettos, competitors perform bare foot and wouldn’t look amiss at a gymnastics competition – in fact, PVC, leather and rubber are all banned (even glitter overkill is frowned upon).

And it’s just as demanding as any other sport with participants performing to a set piece of music – like ice skating – and scored on a number of technical and creative points.

Requiring an artful combination of exceptional physical strength, flexibility and coordination, Pole Fitness is becoming an increasingly popular form of exercise, and regional competitions are springing up worldwide.

Katie Coates, president of the International Pole Sports Federation, is delighted with the progress her sport is making. “People’s attitudes have changed so much – they are much more open and I really haven’t had any negativity,” she said in an interview at this year’s Championships.

The Federation also has plans to introduce a Paralympic category in next year’s Championships.

Pole dancing may not yet have earned the status of a sport but it has moved a long way from the strip club in a remarkably short time – the odds on it achieving Olympic status are also shortening.

Perhaps it should go to Tokyo in 2020 instead golf, whose Olympic debut has been marred by the refusal of its leading stars to come to Rio on the spurious grounds of the danger posed by the Zika virus! 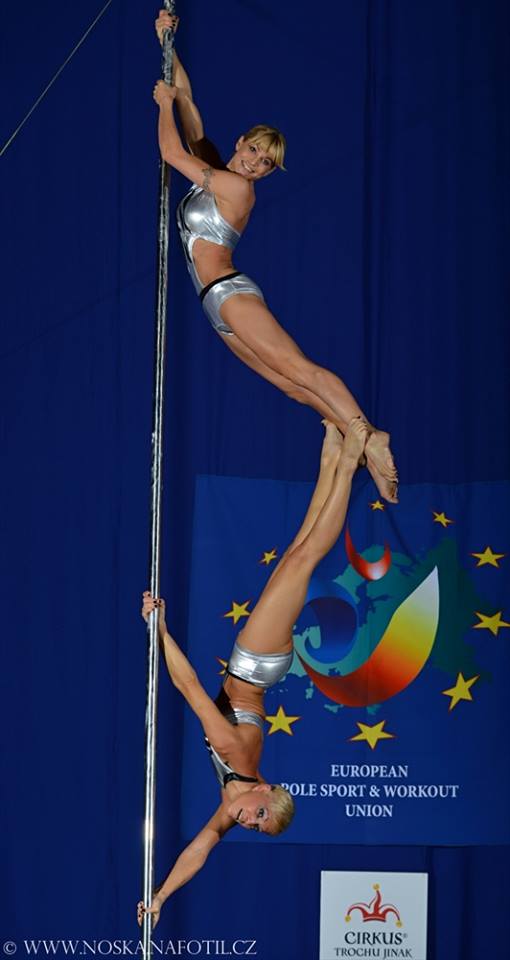