This season is a special one for Arsene Wenger. Come October, it’ll mark 20 years since he took over at then-Highbury, before the club moved to the Emirates Stadium. Initially he was very successful, bringing with him innovations in sport science and recognising the importance of scouting, but since the move to the new stadium in 2006, things haven’t gone right for the Frenchman in North London. Let’s have a look at the reasons why.

Wenger’s reluctance to sign players isn’t new. Last summer he signed Petr Cech, through luck because the Czech goalkeeper didn’t want to leave London rather than anything else. In January Wenger signed Mohammed Elneny, who proved last season that he could be a useful player. This season Granit Xhaka arrived for £35 million, plugging a hole in midfield that needed to be plugged a couple of years ago.

Wenger operates to a budget, trying desperately to find value for money and what he needs is a central defender and a world class striker. The reality is that everyone knows he’s looking for these types of players and value for money ceases to exist here. Selling clubs know what he needs and like a petrol station on the motorway, can afford to throw their prices up. The £40 million +£1 bid for Luis Suarez was insulting, but had Wenger agreed to pay the market rate (£70 million+), Suarez would have led them to a Premier League title. 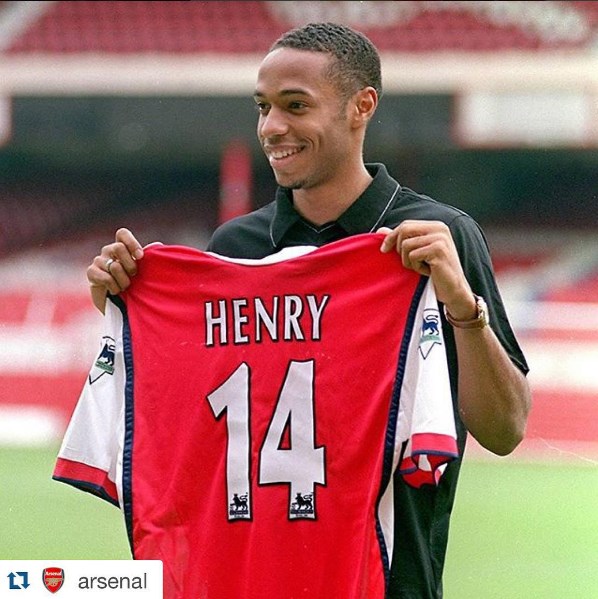 A lack of transfer activity over a long period of time would suggest a lack of squad depth. Combine a lack of transfer activity with an injury crisis and it’s a disaster waiting to happen. Pre-season was still on-going when there was a crisis in progress. Danny Welbeck was injured before the end of last season and won’t play again in 2016, Per Mertesacker went down at the end of July and isn’t expected to return until 2017 and Gabriel suffered ankle ligament damage in pre-season and isn’t expected to play again until October. There were 3 weeks between Mertesacker’s injury diagnosis and the start of the season, plenty of time to get reinforcements in, but Wenger again dithered over the price. This meant that Callum Chambers, who’s struggled to nail down a first team place since he’s been at Arsenal and Rob Holding, who was relegated from the Championship with Bolton last year, were deployed in defence against a strong Liverpool attacking outfit. Jack Wilshere is renowned for his susceptibility to injuries, whilst the injury list was lengthened against Liverpool with both Aaron Ramsey and Alex Iwobi limping off. Wenger needs to get to the bottom of why his side suffers so many injuries.

As it stands, only West Ham have more injuries to first team players than the Gunners. But in contrast, when Aaron Cresswell went down with a long term injury before the season started, Slaven Bilic immediately started looking for a replacement and eventually got his man. Wenger should take note.

This has also been a longstanding issue at Arsenal. When Wenger first arrived in 1996, he had one of the finest defences in the league, led by Tony Adams. Patrick Vieira then took over the mantle, but there’s been no leadership in the decade since he left. Petr Cech is a leader, but he looks a shadow of the man that he once was with John Terry stood in front of him. At the moment, Per Mertesacker is the club captain, but his pace has gone and there are more questions as to whether he should actually be in the team as opposed to captaining it.

The other type of player that’s missing in the Arsenal dressing room is a proven winner. Arsenal have won just two FA Cups since 2004 and there aren’t many winners in the dressing room. Zlatan Ibrahimovic’s arrival at Manchester United has immediately raised belief in their dressing room, but what would he have been like in Arsenal’s. He’d have galvanised the team, but more importantly, he’d probably have questioned Wenger, who’s the most powerful man at Arsenal Football Club. It’s as if Wenger fears that those who’ve been successful would arrive at Arsenal and start to question his methods.

Stan Kroenke is the majority shareholder at Arsenal, but he’s rarely seen at the Emirates, something that Arsenal supporters have taken exception to. In his place is chief executive Ivan Gazidis and herein lies the problem. Gazidis is Wenger’s boss, but Wenger played a role in his appointment, so where’s his accountability? And who does the manager report to? Wenger announced in July that he would spend the big money if they could find the right candidates, something that would leave all Arsenal fans drooling at the mouth. However just days later, Gazidis contradicted him and said that they couldn’t afford to make big mistakes. There’s confusion behind the scenes, with the confusion regurgitated onto the pitch. 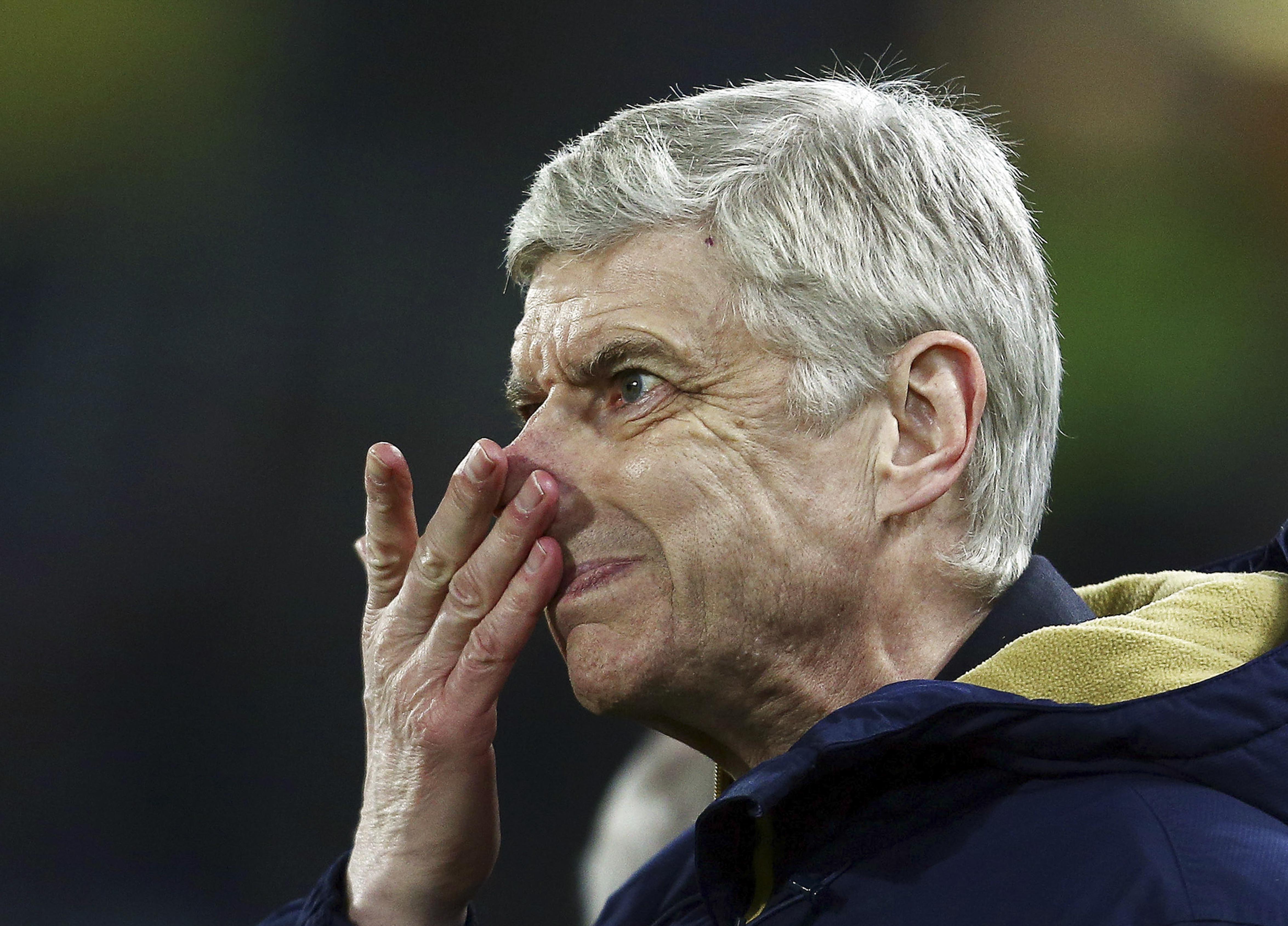 Arsenal losing at home on the first day of the season is also not new. In 2011, Luis Suarez tore Arsenal apart; whilst 2013 saw an indifferent Aston Villa team leave the Emirates with a 3-1 victory and 3 points. Last season, a supposedly poor West Ham team with a 16-year-old Reece Oxford kept Mesut Ozil quiet and left with a 2-0 win.

They had a bad start last season, but rallied to a second place finish. The problem is that it wasn’t a second place finish where they’d narrowly lost on the last day of the season, but a runners-up spot that saw them narrowly pip third-place rivals Spurs to the finish. The Liverpool game at the weekend, with clear weaknesses that aren’t new, showed that lessons from previous seasons haven’t been learned. Wenger’s now into his 20th year and how many more chances is he going to get to show that he’s learned from his mistakes?

It seems as if every year is one with an endless contract debate at the end of it, but this one more than any other seems as if it could be the one where the club and Wenger part ways. Wenger has been speaking about his fear of retirement recently and in his mind, he’s doing what he thinks is best for the club. The argument for him staying is to look at Manchester United and look at the uncertainty that they went through post-Ferguson. The argument for him leaving is that nothing will ever change and Arsenal fans will just stay in a constant state of flux.