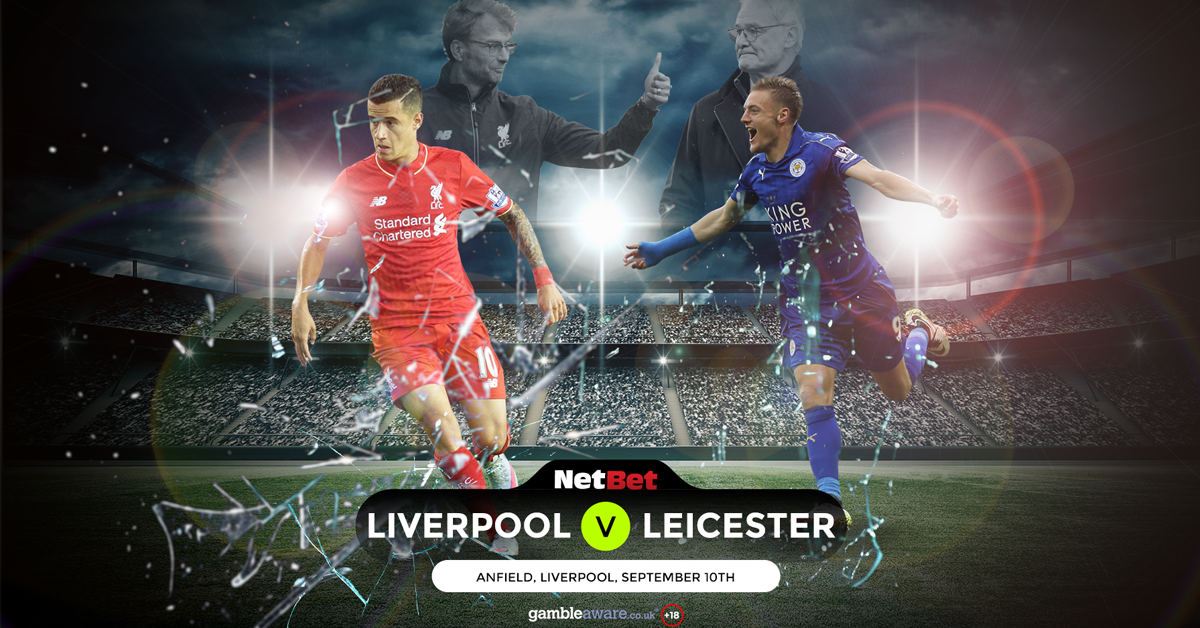 Saturday’s evening fixture sees champions Leicester travel to Anfield (with a new stand) to take on Liverpool in the Reds first home game of the season. In front of a raucous Kop under the lights, Liverpool will be looking to get their home campaign underway with a victory, priced at 2/3. Whilst Leicester have a Champions League game against Brugge next Wednesday and they’re eyes might be on that, rather than this game and they’re outsiders at 17/4.

New signing Loris Karius could be named on the bench for Liverpool this weekend after returning from injury, but Emre Can and Ragnar Klavan have failed to recover and aren’t available for selection. Sadio Mane is available though and he’s made a blistering start to his Liverpool career. He’s priced at 6/4 to score at any time against the Foxes. Consistency has been the problem for Jurgen Klopp since taking over at Anfield and his side can go from breath taking one week to fairly poor the next. With Karius set to be named on the bench, Simon Mignolet will continue in goal. The Belgian shot stopper is much maligned and will undoubtedly be tested by Leicester; he’s priced at 7/5 to keep a clean sheet.

All eyes will be on Jamie Vardy this weekend. He’s scored six goals in his last seven league games and scored both of Leicester’s goals in their 2-0 victory over Liverpool in February. At 17/2, he’s Leicester’s best chance to score first, but he’ll be aided by new record signing Islam Slimani. The Algerian is poised to make his debut and notched 30 goals for Sporting last season. He’s priced at 13/5 to score anytime. Kasper Schmeichel could return after a hernia operation, but Nampalys Mendy and Jeffrey Schlupp are still sidelined due to injury.

Aside from Arsenal, who defeated Leicester twice last season, Liverpool were the only other side to beat the champions. On top of this, Leicester’s record at Anfield is poor, having failed to win in any of their last five visits.

One thing that can be predicted in this game is goals. Liverpool’s defensive organisation is poor and fans might be worried that Alberto Moreno gets a run out this weekend. They’ve conceded the most goals in the league so far this season and the Leicester strikers will look to take advantage of this. Goals will be scored in this game and both teams to score is priced at 4/5. As for a score prediction, Liverpool to win 3-1 is available at 11/1.