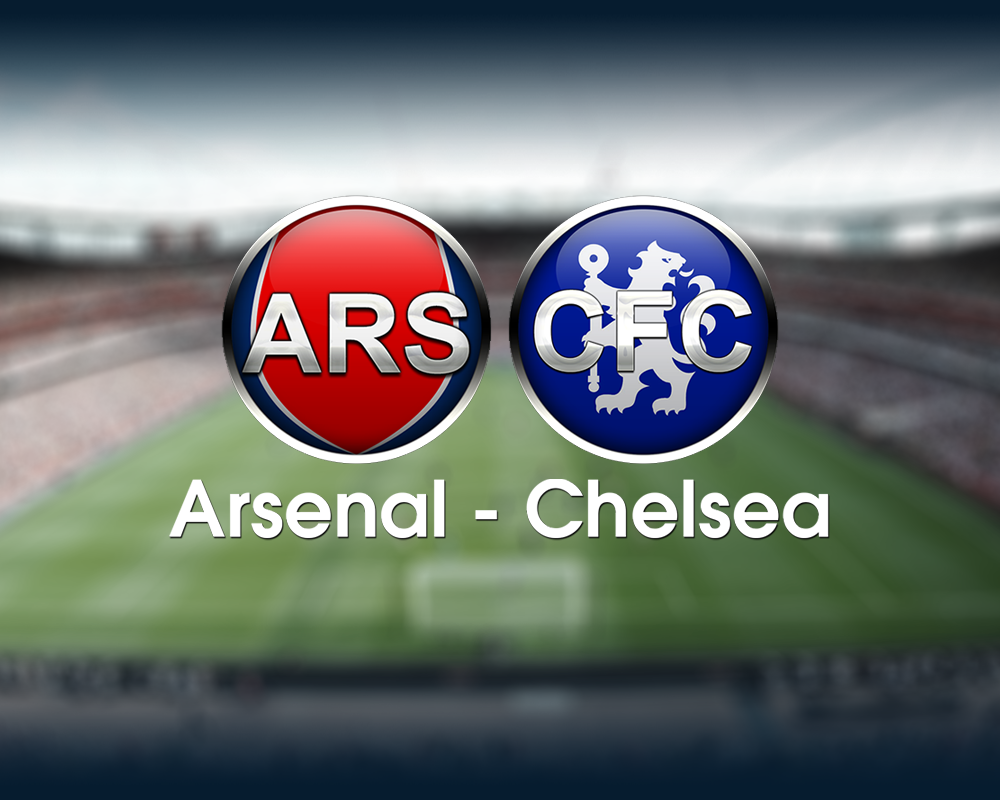 Ahead of Saturday evening’s meeting between Arsenal and Chelsea, we have a look at the rivalry between the two sides. The oldest of the London derbies, this meeting is packed with historic precedence, even more so since Roman Abramovich turned Chelsea from a mid-table side into Premier League champions. Arsenal have been in the First Division/Premier League since 1919, whilst Chelsea won the Second Division in 1989.

The first league meeting between then-known Woolwich Arsenal and Chelsea took place on 9th November 1907 at Stamford Bridge. This was the first league meeting between two clubs from London and drew a then-record attendance of 65,000. This record was smashed in another fixture between the two sides in 1935, when 82,905 turned up at Stamford Bridge. To this day, it is still the second highest attendance for an English league match.
The 1950s saw the two sides meet in two closely contested FA Cup semi-finals, which Arsenal won both times. But the 1960s saw a change in fortune for the Blues as they dominated the tie, with 14 wins, 2 draws and 2 losses in the decade.

The clubs have contested two recent cup finals in recent times. The 2002 FA Cup Final saw Arsenal triumph with a 2-0 victory, but the 2007 League Cup final was much more interesting. Chelsea won 2-1, but the game was overshadowed by a mass brawl between the two sides. Howard Webb proceeded to send off John Obi Mikel, Emmanuel Adebayor and Kolo Toure as a result, whilst Frank Lampard and Cesc Fabregas were booked.

In the midst of the rivalry that encapsulated the mid-2000s was the transfer saga surrounding Ashley Cole. Cole was viewed as the best left-back in England and was a key member of Arsenal’s “Invincibles XI” in 2003/04, but he was unhappy with his contractual situation at Highbury. Chelsea were reported to hold meetings with Cole in January 2005 regarding a potential transfer, which was a breach of Premier League regulations. Chelsea were later fined for their actions, but the damage was done and Cole eventually made the move across London on deadline day in 2006.

Chelsea arrived at the Emirates on the 27th December 2010 off the back of five straight defeats to the Gunners with an aggregate score of 13-2. This became six straight defeats, as Arsenal won 3-1, with the goals coming in 9 minutes for Arsenal, from Alex Song, Cesc Fabregas and Theo Walcott. Branislav Ivanovic responded for the Blues, but it wasn’t enough.

29th October saw an absolute thriller from the two sides at Stamford Bridge, with Arsenal winning 5-3. A Robin Van Persie hat-trick and goals from Theo Walcott and Andre Santos was enough to put Chelsea to the sword, who responded through Frank Lampard, John Terry and Juan Mata.

Arsene Wenger’s 1000th game as Arsenal manager was against Chelsea in March 2014, but the shots had been fired over a month earlier when Jose Mourinho described him as a “specialist in failure”. The game itself was an absolute disaster for Wenger, as Chelsea won 6-0. Chelsea were 3-0 up after 17 minutes, with Nemanja Matic showing how lightweight Arsenal were, whilst Oscar managed to outmuscle their defence which lead to the most controversial moment of the game.
Oscar found Eden Hazard who combined with Fernando Torres and fired a shot at the Arsenal goal. Alex Oxlade-Chamberlain stuck his hand out to deflect it round the post. Referee Andre Marriner awarded a penalty to Chelsea, but in a case of mistaken identity decided to send off Kieran Gibbs. Jose Mourinho was delighted that his biggest win as Chelsea manager, came at the expense of rival Arsene Wenger.

Arsene Wenger had still never beaten Jose Mourinho in 12 attempts and Wenger’s drought continued as Chelsea won 2-0. Tensions were still high after the season before and Mourinho’s “specialist in failure” comment and it boiled over on the side-line. The two managers came to blows in the technical area, whilst it also marked former Arsenal captain Cesc Fabregas’ first game against his old club.

Arsene Wenger finally recorded a victory over Jose Mourinho in the 2015 Community Shield. Alex Oxlade-Chamberlain scored the only goal in the game after 24 minutes. The two managers didn’t shake hands after the game and Mourinho said that he felt “the best team lost”. The Portuguese manager was sacked after a pathetic title defence, whilst Wenger survived more cries of #WengerOut.

Arsenal have won 72 games, compared to Chelsea’s 61 victories. There have been 54 draws between the two sides. Arsenal’s record victory was a 5-1 win at Stamford Bridge on 29th November 1930, whilst Chelsea’s record was the aforementioned 6-0 in 2014.

Arsenal and Premier League: 20 Years of Arguing with Arsene Wenger
Biting and Sports: A History of Biting Bans