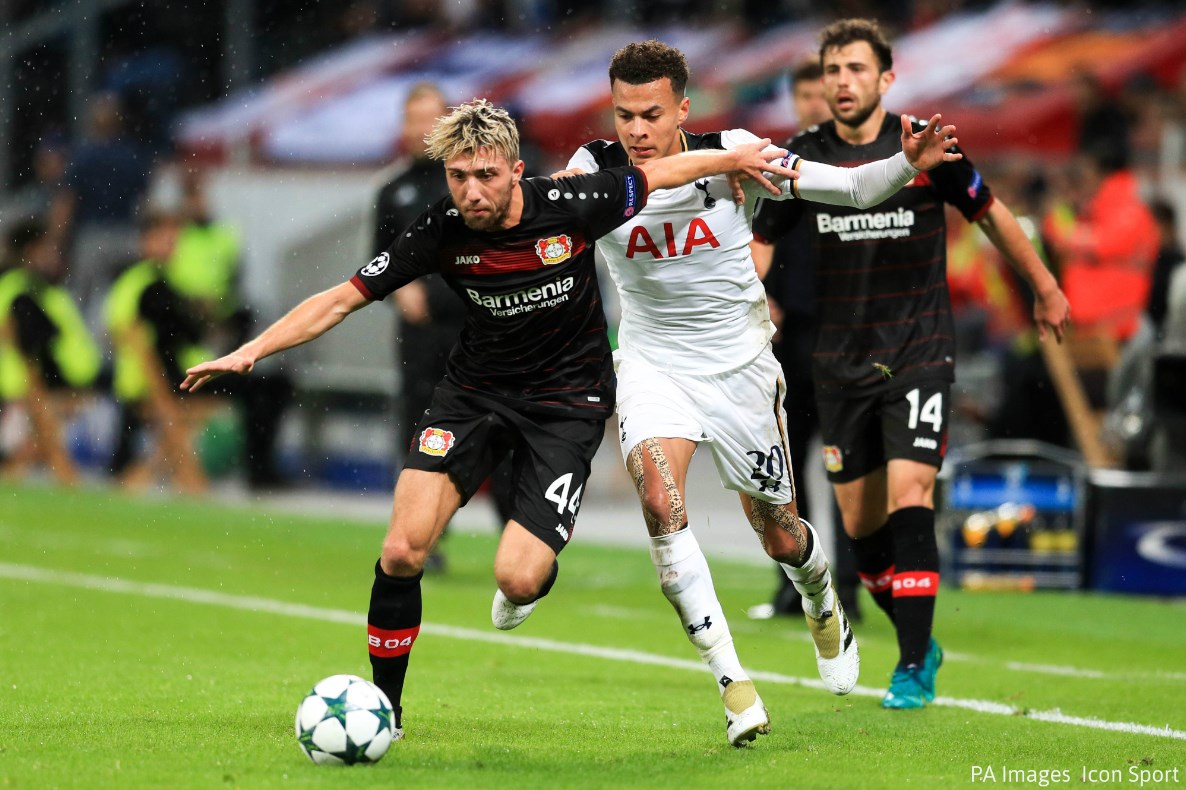 A victory for Spurs at Wembley this evening would be a major boost in their chances of reaching the knockout stage of this season’s Champions League. Spurs left Germany with a hard-fought goalless draw and they’re sat second in Group E.

Leverkusen have drawn every game in the group so far and desperately need a win to kick start their campaign, however form isn’t on their side as they’ve only won 2 of their last 24 away games in the Champions League.

Harry Kane’s return is imminent, however it’s likely that he’ll be saved for the game against Arsenal at the weekend and won’t feature tonight. Toby Alderweireld is also close to a return, but Erik Lamela has a hip complaint and is doubtful.