Spurs face the toughest test of their season on Tuesday night as they travel to Spain to take on the reigning two-time Champions League winners Real Madrid.

Real Madrid have been in excellent form in the tournament so far, winning both of their opening two games, scoring six goals in the process. Their 3-1 victory away from home at Borussia Dortmund was particularly impressive and they could go top of the group if they beat Spurs at the Bernabeu on Tuesday night. However, their domestic form in La Liga has been uncharacteristically poor as they lie fifth in the league, despite winning their last game against Espanyol, with Isco scoring twice.

Spurs, meanwhile, have matched Madrid’s results in the competition and they’re in excellent shape as they head into their biggest meeting of the season so far. A 1-0 victory over Bournemouth at the weekend ended their poor run at Wembley and the Whites will be hoping that Harry Kane reproduces his inspired form away from home, after he scored a hat-trick in their last group game against APOEL.

Spurs have a mountain to climb here as Real Madrid will be the best opposition that they’ve played so far this season. It promises to be a big game for Harry Kane. If he impresses against Real Madrid, then they’ll take note and might make him a transfer target. If Spurs are heavily beaten, then he might realise that if he’s to succeed and win trophies, then his future may lie away from North London. 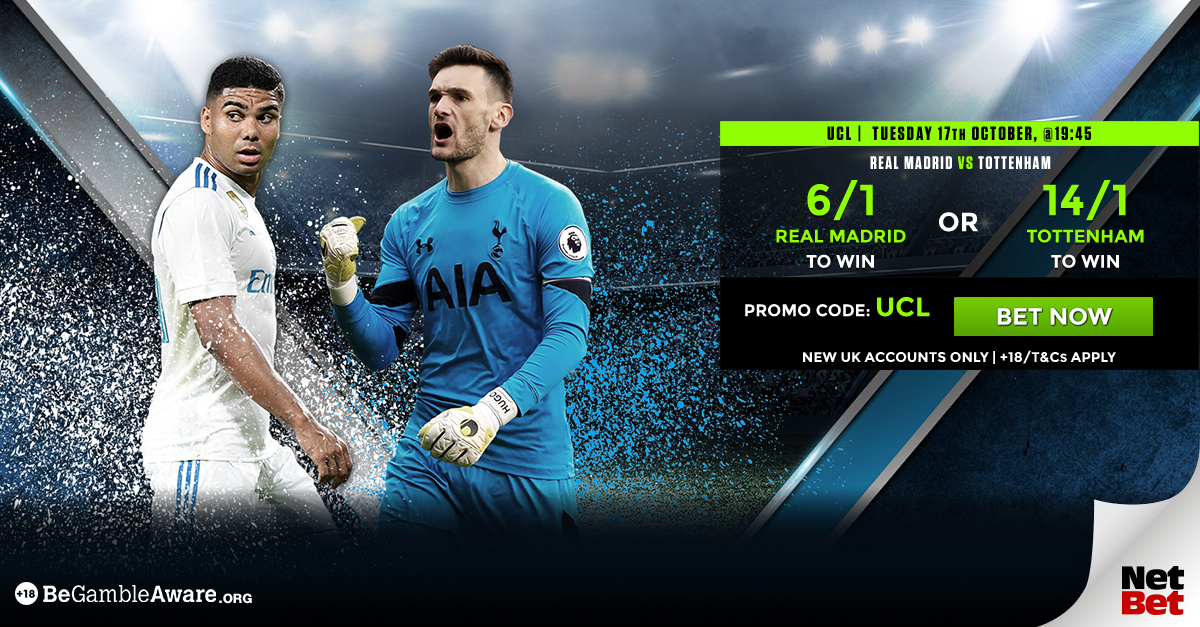 Gareth Bale is unlikely to play against his former club as he’s recovering from a calf injury. Goalkeeper Keylor Navas is also a doubt after suffering an injury whilst on international duty. Kiko Casilla is likely to deputise.

Jan Vertonghen returns from suspension for Spurs and Mousa Dembele is also in contention to feature in the game. However, Victor Wanyama, Danny Rose and Erik Lamela are all out with injuries, but have returned to light training.