Liverpool host Chelsea on Saturday evening at Anfield in an all-star Premier League match-up. Chelsea currently sit third in the table and are on a four-game winning run since losing to Manchester City in the league, while Liverpool are in fifth, having won their last three consecutive games.

Antonio Conte’s Chelsea side put four past a struggling West Brom team last week with Eden Hazard proving to be the star of the show on that occasion. The Belgian forward was hacked down by Gareth Barry in a challenge that went unpunished early in the game and his response was to terrorise the Baggies defence all afternoon. Hazard struck again in midweek from the penalty spot in Chelsea’s 4-0 victory over Qarabag in midweek, but it’s yet to be seen how much the trip to Azerbaijan will cost them in terms of fatigue, considering it’s an 11-hour round journey.

Liverpool, meanwhile, squandered a two-goal lead to Sevilla in midweek, eventually drawing the game 3-3. However, they outperformed a struggling Southampton team last week at Anfield with Mohamed Salah showing his worth once again after joining in the summer. The Egyptian is currently the top scorer in the Premier League and the Reds are also boosted by the return of Sadio Mane, who hasn’t featured since before the international break.

Chelsea come into this game as the underdog, although they’re arguably the more defensively solid of the two teams. It’s very likely that both teams will score, but Chelsea might edge it. 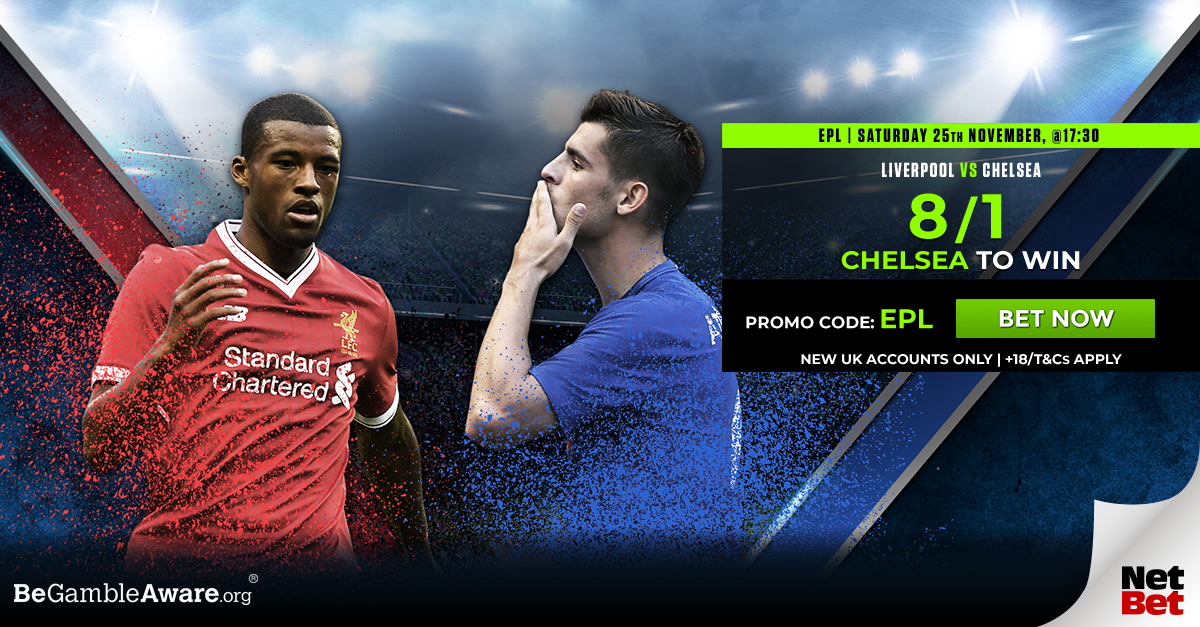 Sadio Mane is expected to start, having featured in Liverpool’s 3-3 draw with Sevilla in midweek. The only absentees for Jurgen Klopp are Nathaniel Clyne and Adam Bogdan.

Eden Hazard is fit to play for Chelsea after starring in last week’s game against West Brom. Michy Batshuayi and Victor Moses both miss out through injury. David Luiz could also start after returning in midweek against Qarabag.