Football is the most widespread sport in the world and with that popularity comes healthy debate when it comes to the game. Footballers and people associated with the sport are much-discussed, but not always positively.

There’s so much money in the game now and such a young following that people see footballers and those involved as role models. However, there are plenty of people involved who do very little to justify themselves as being a role model or set a good example.

We’ve compiled a list of who we think are the top 10 most hated people in football.

Chelsea players love Terry for his “never say die” attitude and his commitment to the cause. He was the embodiment of the club for almost 20 years and that’s one of the reasons why he’s hated by everyone else and why his slip whilst taking the penalty in 2008 is met with such delight. That’s all before you mention what happened off the field. Fights with bouncers, affairs with teammates’ ex-girlfriends and racist abuse of Anton Ferdinand all make quite the rap sheet. All of that, plus changing into full kit despite missing the 2012 Champions League final through suspension makes him one of the most hated players in football history.

Winkelman is relatively unknown in the world of football and if you go to his Wikipedia page, you’ll notice that he’s a property developer. So, what does a property developer have to do with football? Well, he’s the individual who was behind Wimbledon’s move to Milton Keynes in 2004 and the subsequent name change. His move did trigger the creation of the much-loved AFC Wimbledon, but he also created one of the most hated football clubs in England. He essentially bought a new club a place in the football league.

Diouf was one of the dirtiest players to grace the Premier League. It’s one thing to be a tenacious tackler and be known as a player with poor discipline, but he took it to another level. He was a diver, spat at opponents and also taunted a severely injured player. His relationship with former teammates Steven Gerrard and Jamie Carragher is particularly poor, which shows just how much disdain those in football have for him.

Along with AC Milan, Juventus had one of the strongest squads in Serie A in the mid-2000s. Gianluigi Buffon, Zlatan Ibrahimovic, Alessandro Del Piero and others all featured for the Old Lady. There was absolutely no need for them to cheat, but that’s what they did under the management of Luciano Moggi. Although not directly involved in team affairs, as general manager Moggi sought to influence the selection of referees for matches involving his club. He was part of the Calciopoli scandal which eventually saw Juventus relegated to Serie B. He has since been banned from football for life.

Ronaldo’s battle with Lionel Messi as to who is the best has caused debate the world over, but his other battle is one of public perception. He’s battled his own fans, opposition fans, neutrals and has even been described as “self-absorbed” by the former head of FIFA. Many supporters are put off by his ego and arrogance, although both add to the spectacle when he plays. He’s a brilliant footballer, but his petulance is a turn-off for many fans. 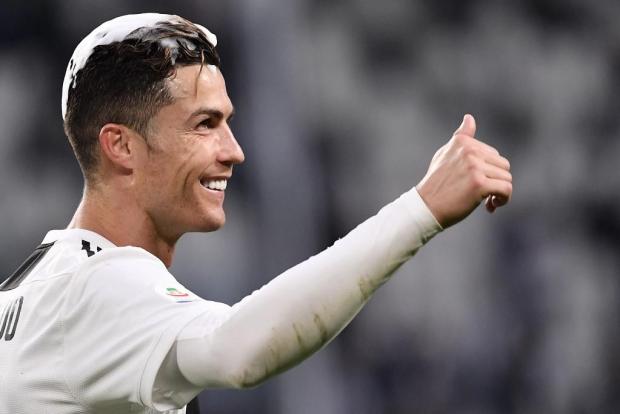 The former Sky Sports football presenter is not in the public eye as much as he used to be, following his sexist comments with colleague Andy Gray towards Charlotte Coleman. However, he still battles to remain relevant and shows little contrition to what he’s said before. After a spell on TalkSport, he now works in Qatar where he’s promoting a hugely controversial World Cup host.

Platini was one of the best footballers in the world during the 1980s, which makes his fall from grace even worse. The former head of UEFA is now in exile after the ongoing FIFA corruption scandal. At one point it looked as if he was innocent, however a dodgy payment in the form of a watch wasn’t returned to sender and he became another to fall. Platini’s championing of Qatar in 2022 also hasn’t helped him keep many fans.

Many younger readers won’t know who Harald Schumacher is, but the former German goalkeeper rose to fame at the 1982 World Cup. He ran out of his goal towards the oncoming French player, Patrick Battiston, and smashed him across the face with his forearm, with no attempt to play the ball. Battiston was rendered unconscious and also lost three teeth and suffered damaged vertebrae. He later slipped into a coma. As for his crimes, Schumacher wasn’t even punished by the referee and later said “If that’s all that’s wrong with him, I’ll pay for the crowns.”

A former Broadway producer once said, “It is not enough for me to win, my enemies must lose.” This is the mantra by which Jose Mourinho operates. The Portuguese manager has won everything in the club game and he’s not afraid to brag and boast about it either. He’s renowned for picking fights and has made enemies wherever he’s been. Sergio Ramos, Rafa Benitez and Arsene Wenger to name but a few. His arrogant and miserly approach reached a new low back in 2015 with his treatment of Chelsea physio Eva Carneiro who was merely doing her job.

Blatter served 17 years as FIFA president and regularly spoke about morals and integrity to the game. Unfortunately, it was just pure hypocrisy. Blatter’s administration quickly unravelled following his re-election in 2015 and the subsequent corruption scandal. It soon became clear how far the greed had spread throughout football’s governing body. It was no surprise when he was removed from office, but his rhetoric of innocence since is difficult to believe. He valued money much more than fan enjoyment and the problems he caused could take decades to resolve.

Ronaldinho’s retirement is the end of an era, but what were his best moments?
Top 10 lowest-scoring strikers in Premier League history