The Indian Premier League, the domestic T20 cricket competition in India, returns for its 11th edition this month. It’s the most glamourous of all T20 franchise leagues in the world, and, as a result, features some of the world’s best players.

While it attracts the biggest names in the game, that doesn’t mean they all play, as England Test and One-Day captains Joe Root and Eoin Morgan both went unsold in the player auction. Whilst others with IPL experience, like Hashim Amla and Lasith Malinga, were also not picked up.

Eight teams participate in the competition, which lasts for just over a month, and they play each other home and away, before a play-off stage.

Mumbai are the defending champions, while Royal Challengers Bangalore will want to put in a better showing than they did last year. Chennai Super Kings and Rajasthan Royals also return after a two-year suspension to the competition.

Ahead of IPL 2018, we’ve assessed all the teams and their chances of winning this year’s Indian Premier League.

After two years away from the IPL, Chennai tried to get as many former players as possible in the auction. The average age of their squad after the first day was 33, but the second saw them dip into the uncapped player market, purchasing many at base price, plus two overseas fast bowlers.

Their squad features a number of veterans of the IPL and the T20 circuit. There are some game-changers in there and Shane Watson has rolled back the years over the past few months, but they look short in the fast bowling department. Mark Wood has a poor fitness record and no experience in Indian conditions. Lungi Ngidi is similar and only burst onto the scene earlier this year. The spin bowling options look exciting and they’ll prove valuable as the tournament progresses. There’s plenty of quality and experience in this team and they should be competing at the latter stages of the competition.

Delhi are statistically the worst side in IPL history. They’ve lost more games than any other franchise and have never won the tournament, but this could be the year they do it. Ricky Ponting has taken charge of the team and they have most bases covered. There’s power at the top of the order, some middle order hitters and some outstanding fast bowling. Gambhir will be the glue from which everyone works around. One concern might be the middle order if they get off to a poor start. Glenn Maxwell could prove to be a costly purchase. He’s a mercurial player and this was reflected in his hit-or-miss performances last year. They’re the least fancied side in the tournament, but they’re at an excellent pre-tournament price.

Kings XI Punjab were bold in the auction, but they’ve put all their eggs in the batting basket. They’ll be hoping to score plenty of runs and be able to defend them. Aside from Tye and Ashwin, there’s not much in the bowling ranks, while they also don’t have a recognised wicketkeeper. Chris Gayle was a brave move in the third round of bidding at base price. There weren’t any other takers for the big Jamaican, while Hashim Amla and Martin Guptill both went unsold. Gayle is on the decline, as is Yuvraj, who’s again gone for a big price, but is well past his prime and has never performed with the bat in the IPL.

KKR have the smallest squad in this year’s IPL and that could come back to hurt them. There are some great overseas players, but all of them carry question marks into this competition. Chris Lynn and Mitchell Starc are both injury-prone. Andre Russell returned from a one-year ban for the PSL, but withdrew from that with a hamstring injury and Sunil Narine’s bowling action has been flagged once again. Having seen what they’ve done in the IPL auction, they might look at their squad and regret letting Gambhir and Woakes go. Their season will depend on whether their overseas players can get through it unscathed.

Mumbai are short on options at the top of the order, with just two specialist openers in their squad. However, Evin Lewis has a phenomenal T20 record and could be one of the breakout stars of IPL 2018. Rohit Sharma leads the side and he might have to open the batting as they’re so short. They retained Kieron Pollard, albeit it at a costly price, meaning that they might see a role for him as a bowler this year, along with his middle-order big-hitting prowess. They have one of the best death bowlers in Jasprit Bumrah, while there are also good overseas options in Cummins, McClenaghan and Mustafizur Rahman. However, “The Fizz” lost his way a bit in the PSL and proved costly. Last year’s champions have a tough job if they are to retain their title, but don’t rule them out.

Rajasthan made quite an impression at the auction on their return to the tournament after a two-year absence by buying the two most expensive players in Ben Stokes and Jaydev Unadkat. They also secured the purchase of the highly-rated Jofra Archer. Their first XI looks very impressive, but they’re lacking in the spin department. Like Mumbai, they’re also swimming in all-round options, with Stokes and Archer joining the veteran Stuart Binny among others. Jos Buttler is a shrewd signing at the price they got him at. Their hopes will rely on England and Australian players remaining for the whole season. They’ll also hope there’ll be no distractions with the absence of Steve Smith either.

RCB’s challenge for this season will be to get the right balance in their squad. There’s little to choose from in Indian batting options, but their overseas picks are phenomenal. Chris Woakes is a certain to play, considering the price they paid for him, but aside from him, Kohli and de Villiers and spinner Chahal, the rest of the team is uncertain. Daniel Vettori has a big job on his hands to get the balance right. If he does, then they could progress in this tournament. If not, then it could be another disappointing season for them.

This team has all the hallmarks of one coached by Tom Moody. Some good batting and all-round options, but it’s the bowlers where their strength lies. Rashid Khan is undoubtedly one of the star names on the global T20 circuit, while Bhuvneshwar Kumar is an excellent death bowler. Billy Stanlake offers height, pace and is in good form coming into the tournament. The loss of David Warner is unlikely to be felt, as Kane Williamson is a good captaincy replacement, while Chris Jordan had an excellent outing in the PSL final earlier this month. They don’t have a finisher in the batting ranks though and relying on Carlos Brathwaite is a risk. Bowlers win T20 matches and that’s why they’ll be fine in the tournament. 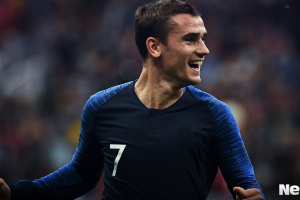 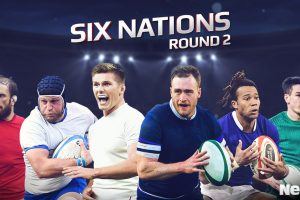