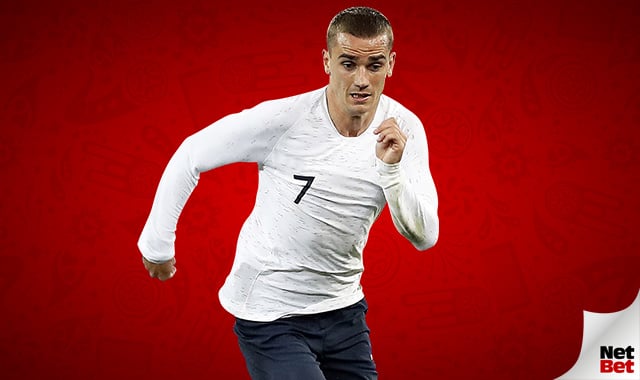 Group C features France, Australia, Peru and Denmark. Here’s our preview of each team and whether they’ll progress through the group stage or not.

France come into the tournament as one of the favourites and they’ve left a number of quality players out of the squad. However, the reality is that coach Didier Deschamps is under huge pressure to deliver success, following their poor performance in the final at Euro 2016 where they were also the host nation. They failed to beat Belarus and Luxembourg in qualifying, which suggests that this team isn’t as good in reality as they are on paper. It’s now or never for Deschamps and failure to reach the final could see him out of work at the end of the tournament.

Australia had to rely on an extra time play-off victory against Syria to qualify for this year’s W. Cup and it was the veteran, 38-year old Tim Cahill, whose goals got them to the tournament. Without him, they’re a fairly weak side, but they do boast Premier League talent in Brighton goalkeeper in Mat Ryan and Huddersfield midfielder Aaron Mooy. Bert Van Marwijk coached his native Holland to a final in 2010, but he’ll have his work cut out this time around.

Fun Fact:              If Tim Cahill scores in Russia, he’ll be the fourth player to score in four different W. Cups. The other three are Uwe Seeler, Pele and Miroslav Klose.

Peru might not have the most recognisable team in the competition, nor have they qualified for the W. Cup recently, this being their first tournament in 36 years, but they did come through the highly-competitive South American qualifying group. They finished fifth, two goals better off than Chile, and then beat New Zealand 2-0 in a play-off tie to make it to Russia. Ederson Flores and Paolo Guerrero, who returns after a controversial drugs ban, were joint-top goalscorers with five and they could be the surprise team this summer.

Fun Fact:              Peru’s 36-year gap from their last W. Cup to this current outing is the longest absence of any nation competing in Russia.

Denmark qualified for the tournament courtesy of the play-offs, thrashing the Republic of Ireland away from home in the second leg. They’re a young side, but have pulled off some impressive results, beating Poland 4-0 in the qualifiers and drawing at home to Germany in a friendly. There’s a Premier League core to their side, while Ajax’s Kasper Dolberg could be a breakout star of this year’s tournament.