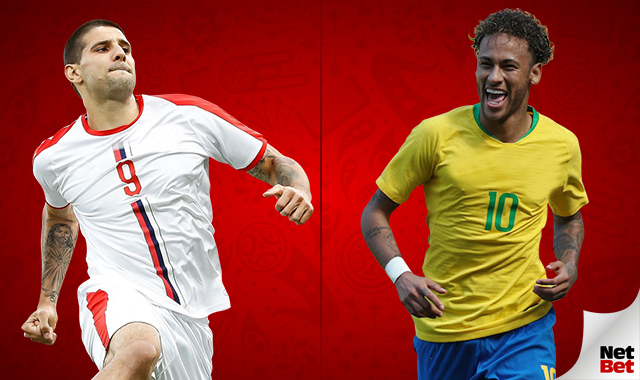 Serbia take on Brazil on Wednesday afternoon in a crunch encounter for both teams. Brazil top Group E as it stands with four points, but Serbia are currently third with three points, with Switzerland sandwiched in between with four, although with an inferior goal difference to Brazil.

Serbia need to win to progress through to the knockout stages, while Brazil will be eliminated with defeat on Wednesday.

Brazil left it late to beat Costa Rica in their last game, scoring twice in injury time in the second half to flatter the scoreline somewhat. The first came from Philippe Coutinho, who found the back of the net for the second time this tournament, while Neymar also scored from a tap-in. They were heavily backed prior to the beginning of the tournament, but they’ve failed to hit expectations so far and the memories of losing 7-1 to Germany four years ago still overshadow them.

As for Serbia, they’re a physical side who’ll look to ruffle the feathers of some of the Brazilian players, with many expecting some heavy challenges to be put in on Neymar and some of their other flair players. They beat Costa Rica in their opener, before losing to Switzerland in their second game. It’s win or bust for Mladen Krstajic’s side and it promises to be a lively encounter.

Brazil will just about get through this game, but don’t think it’ll be without a bit of drama. They’ll be hacked down all over the place and this match might even see a red card. There have been an astonishing number of penalties awarded in this tournament and that will probably continue here as well.