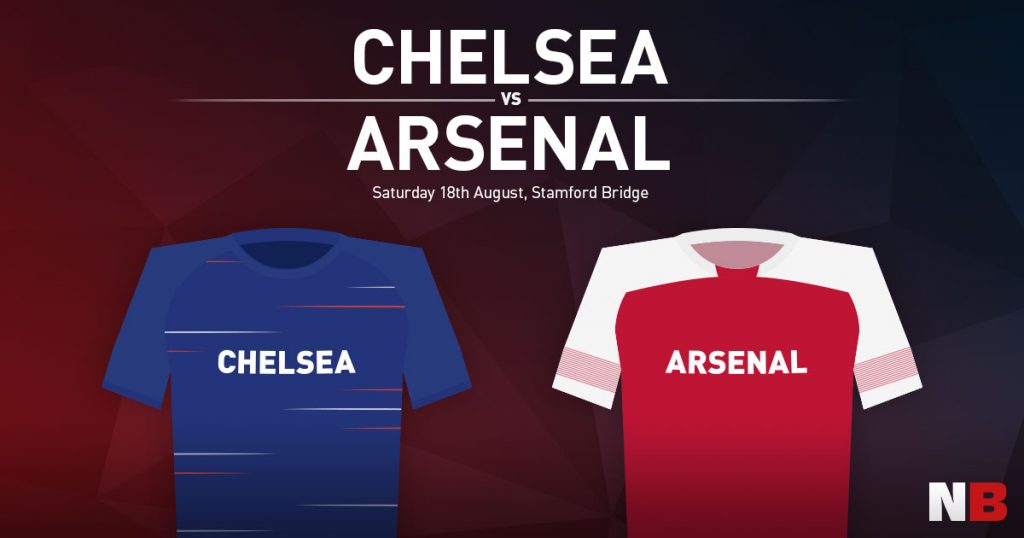 It was the perfect start for Chelsea, who easily beat Huddersfield, with goals coming from N’Golo Kante, Jorginho and Pedro, while Eden Hazard came off the bench after his heroics with Belgium in Russia earlier this summer. It was a far cry from their Community Shield game against Manchester City, where they were torn apart, but it was an encouraging start to life for Sarri in the Premier League.

As for Arsenal, it was a case of new manager, but same old result as they succumbed to a 2-0 defeat at home to champions Manchester City. It’s still early days for them under Unai Emery though and the fixture list has been particularly unkind to them, with the fact that they face both Manchester City and Chelsea in the opening weeks of the season. They’re a work in progress as last weekend’s game showed.

It’s hard to look past Chelsea in this game. They look ahead of Arsenal in terms of their progress under their new manager, while they also boast home advantage. The one problem they might face is dealing with Pierre-Emerick Aubameyang’s pace, which could trouble their defenders. Kepa Arrizabalaga could also be tested, having not had much to do last weekend. Still, I’d expect Chelsea to win this game, especially as Eden Hazard is likely to start.

Eden Hazard could make a first start of the season after coming off the bench in Chelsea’s opening day victory over Huddersfield. It’s unclear as to who he’ll replace, with Willian, Pedro and Alvaro Morata all in danger of being dropped to the bench.

Arsenal are facing an injury crisis at left back, with Nacho Monreal and Sead Kolasinac both injured. Ainsley Maitland-Niles started there last week, but limped off in the first half. Stephan Lichtsteiner could replace him. There’s also a decision to be made over the goalkeepers, with Petr Cech preferred to Bernd Leno last weekend.