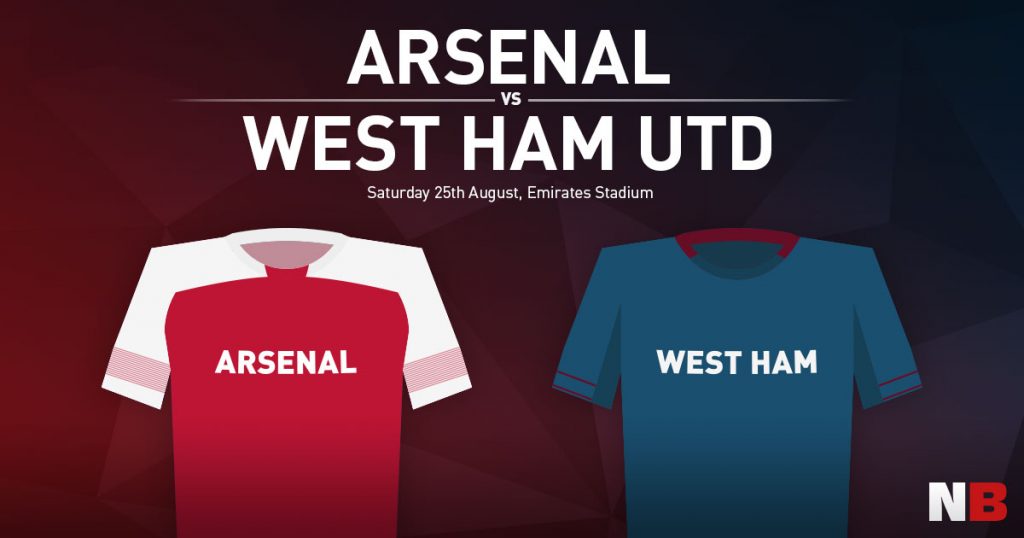 Arsenal take on West Ham on Saturday afternoon, with both teams desperately needing a win to kick start the new Premier League season. Neither side has a point from the campaign so far, with both teams losing their opening two games.

New Arsenal manager Unai Emery faced a baptism of fire after the fixture generator threw up opening games against champions Manchester City and Chelsea. Emery has come in for plenty of criticism after the Gunners failed to pick up a point from their first two games, much of it is unfounded, as he’s had very little time to implement his philosophy on the squad. Arguably, had they taken their chances against the Blues last week, then they could have left Stamford Bridge with three points.

Their opponents, West Ham, were among the highest spenders in the Premier League this summer, but things are yet to go to plan for new manager Manuel Pellegrini. Like Arsenal, they faced a tough opening game, coming up against a rampant Liverpool team, although the Hammers did play to the Reds’ strengths though, employing a high line against a pacey front three. The second game against Bournemouth was hugely disappointing, having gone 1-0 up, to go on to lose the game. Again, some poor defending cost them dearly.

It’s hard to put forward an argument for West Ham in this game, but they can cause Arsenal problems if they press them high up the pitch, particularly if they defend from the front and pressurise Petr Cech and the Arsenal back four. However, Arsenal have too much quality for the Hammers and if they take their chances, should win by some distance.

Ainsley Maitland-Niles is out for six weeks, while Sead Kolasinac is also not expected to return to training until October. Nacho Monreal returned against Chelsea, while Lucas Torreira will also be hoping to make his first start for the Gunners. Emery could be tempted to partner Alexandre Lacazette and Pierre-Emerick Aubameyang for the first time upfront.

Andy Carroll, Winston Reid and Manuel Lanzini are all long-term absentees, but apart from this trio, Manuel Pellegrini has no fresh injury concerns. Declan Rice, Ryan Fredericks and Michail Antonio could all return to the matchday squad, having been dropped after the Liverpool game.