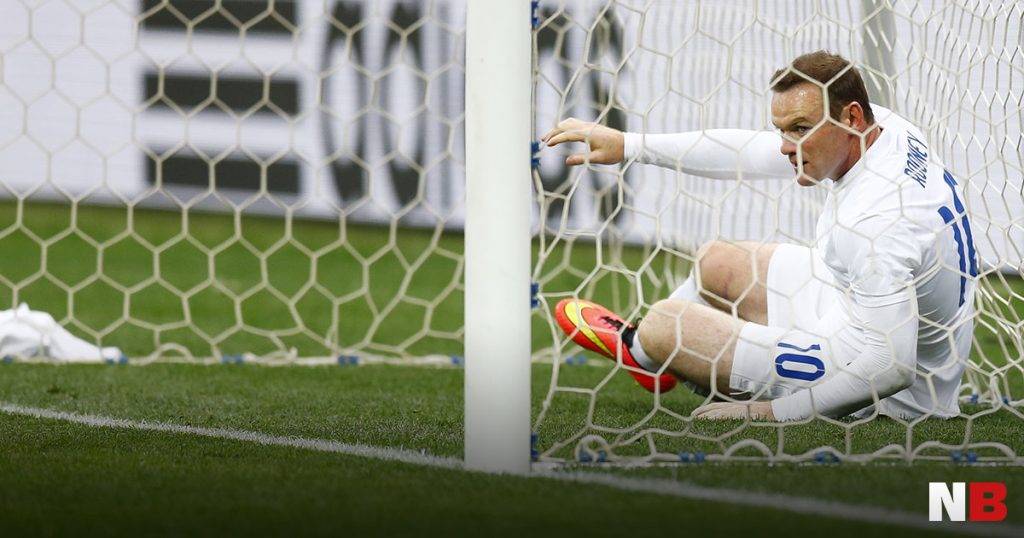 On Thursday, Wayne Rooney is set to come out of international retirement for a friendly against USA. It’s going to be the 33-year-old’s final farewell to the England squad and last international cap under his belt. Ahead of this momentous event, NetBet has been looking back over his 13-year career to pick out his best moments playing for England.

Having secured England a place at the Euros, Rooney was not about to rest on his laurels and scored 2 of the 6 goals scored against Iceland in a minor competition in Spring 2004. Not only was he making his name as a frequent scorer, but an impressive one too, making the shot from 25 yards to find the back of the net. England won this mini tournament, with the massive goal difference putting them well ahead of Japan.

Snatching Victory Away From Croatia

England went on to have more notable high scoring wins after their success in the FA Summer tournament in the 2004 Euros. So many England fans remember the gripping match that ended in a 2-4 win for England. It wasn’t smooth sailing for the squad, with a very early sixth minute Croatian goal from Niko Kovac and England fans had to wait a tense 35 minutes for an equalizer from Paul Scholes. That seemed to give England the boost they needed and Rooney scored two more in quick succession in the second half.

Scoring Against Brazil At The Maracanã

England walked out onto the pitch of the iconic Maracanã in Brazil hoping to see a repeat of a win they had 29 years ago at the stadium. Rooney gave us all hope for a moment when he secured a late lead for England with a shot from the left side of the penalty area, only for Paulinho’s last-minute equaliser to dash our hopes. Still, Wayne Rooney can retire happy in the knowledge that he scored against the football superstars on their own turf in 2013.

Securing A Place At The 2014 World Cup

Qualifying for the 2014 World Cup came with some tense moments, but ultimately England went through to the competition unbeaten. This clean sheet of a qualifier ended with a victory over Poland at Wembley. The first half remained a suspenseful 0-0, with England fans holding their breaths in full knowledge that England needed three points to go through. Relief came when Rooney put one away four minutes before the half-time whistle. The Brazil World Cup 2014 became a certainty for England in that moment.

Looking back, it seems so strange that England’s all-time best goal scorer went throigh his first two World Cups in a row without scoring a single goal. Oh, he had his moments in the Euros, qualifiers, and friendlies, but he could not seem to put one away for the most important competition. In 2014, eleven years after he made his international debut, a 75th minute equalizer against Uruguay in San Paulo, Brazil. Everyone was cheering for Rooney’s personal achievement, the only thing England had to celebrate because the goal was not enough to get England out of the groups.

To Scotland, England are the Auld Enemy and it must have stung when they beat them at Celtic Park in Autumn 2014. Rooney’s two goals against England’s neighbours were not as memorable as Rooney’s celebrations. He started off with a knee slide and topped off his second goal with a cartwheel. Not know for particularly gymnastic displays, the press were interested to know what brought him to do it. Rooney revealed it was because his son had asked him.

Rooney’s half century for England was a double whammy because it was a huge landmark and the moment he surpassed Sir Bobby Charlton as England’s all-time top goal scorer. He scored in a penalty against Switzerland in the Euro qualifiers in 2015, giving a chance for the tension to build up as the referee pointed to the spot Raheem Stirling had been fouled. The pressure didn’t get to England’s star player as he confidently put it away with his right foot.

Scoring your 53rd goal for England, the most anyone has scored for the squad should have been a joyous occasion for Rooney. His last goal on the international stage was against Iceland in the 2016 Euros and scored in the 4th minute. Rooney could only celebrate for two minutes before Iceland equalized. They took the lead in the eighteenth minute and England were subjected to a match they couldn’t come back from, eliminating them from the Euros. Maybe Rooney is looking for a more dignified last hurrah against USA.