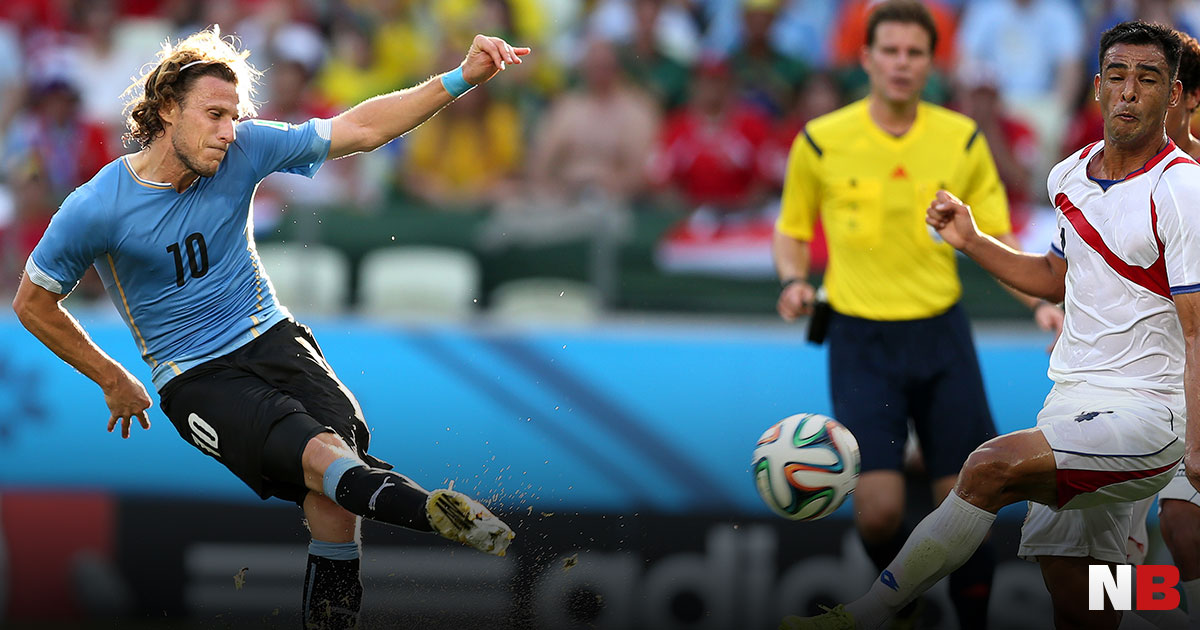 When you’re under the glare of the lights of the big stage, it seems like the world knows your name. But things change, the years pass, and time marches on. Suddenly, you’re no longer being picked for the first team. You could hang up your boots, but you’re not ready to stop yet. Pretty soon, you’re out of the spotlight, and people forget your name. But you’re happy, because you’re still playing. And every now and then, some idiot will come up to you and ask: “Hey, didn’t you use to be…”

The left winger from French Guiana first found his feet at French club, Lyon. Along with Juninho, Michael Essien and Grégory Coupet, Malouda helped Lyon reach four consecutive Ligue 1 titles. He played for the French national team, even reaching the final of the W.Cup before being beaten by Italy on penalties. His performance caught the attention of Jose Mourinho, who snatched him away from a potential signing at Liverpool and brought him to Chelsea. His seven years at the club were incredibly successful, with him winning the FA Cup three times, the 2009 Premier League and the 2011-2 UEFA Champions League. From there, he played for Trabzonspor, Metz and the Delhi Dynamos before ending up at Differdange 03, a league club in Luxembourg. While injury has dogged his career in recent years, he’s still playing at the age of 38.

When you are the most successful footballer in your country then it’s hard to let go sometimes. Or maybe it’s more to do with the fact that most of your family are professional rugby players and you just can’t stand to be around them. Either way, Australian Tim Cahill is still playing, currently with Jamshedpur in the Indian Super League. He started at Millwall and then moved on to Everton, where “Tiny Tim” became a fan favourite. After eight years there, he moved on to New York, Shanghai, a brief stint in Melbourne and finally India. He’s the all-time leading goalscorer in Australia and became the first Australian to score at the W.Cup in their game against Japan.

Germany’s fourth-most capped player made his way to Chicago Fire after being savagely disrespected by Mourinho when he arrived at Manchester United. Mourinho later said that he regretted his treatment of Schweinsteiger, demoting him from the first team and making him train with the U-23 team instead. Their loss was Chicago’s gain, as the German’s arrival revitalised the team and saw them through to the 2017 play-offs. Before then, it was only Bayern Munich, where he played from 1998 to 2015. He was so beloved by Bayern fans that they called him Fußballgott, “football god”.

Michael Essien was always a talent worth watching. After appearing in the 1999 FIFA U-17 World Championships, he was scouted and almost signed by Manchester United. However, he was unable to obtain a work permit for the UK and moved instead to France. Like Malouda, he joined Lyon and then Chelsea, for whom he was a record-breaking signing in 2005. When Mourinho left for Real Madrid, so did Essien, signing for a season-long loan with his former manager who, for some reason, he called “Daddy”. After a year at Milan, he moved to Panathinaikos, where he spent an unhappy time suffering with injury and financial mismanagement. Finally, he moved to Indonesia to play for Persib Bandung. He’s currently without a club and no longer plays for the Ghanaian national team, but he’s not officially retired yet.

One of the best Uruguayan players in the world, Forlan started at Independiente where it very quickly became apparent that he was a goal-scoring machine. Middlesbrough tried to sign him and enticed him over to the UK, but Manchester United were waiting with a bigger salary and a better offer. He played there from 2002 to 2007, his two away goals against Liverpool in 2002 being a highlight. From there, he flitted about Europe – Villarreal, Atlético Madrid and Inter, South America – Internacional and Vasco de Gama, before a few seasons in Japan and Hong Kong. Like Essien, he’s currently without a club.

Roy Carroll tried to move on from playing football, he really did. His one game as manager of Barnet led to them winning the Herts Senior Cup in 2011. Played one, won one, so why not go back to goalkeeping? Carroll started at Hull, then moved to Wigan and then onto Manchester United, where he struggled to get first team games as both Fabian Barthez and Tim Howard were preferred. West Ham, Rangers and Derby were next before spending time at a couple of Greek Clubs, OFI Crete and Olympiacos before returning to Notts County for a short while. Finally, he returned to Linfield FC, now playing in his native Northern Ireland at the age of 41.

Widely considered one of the best backs in the world, Ashley Cole is currently captaining the LA Galaxy. He has not played for too many clubs, which is probably just as well given the drama that surrounded him during his move from Arsenal (where he had been since a youth player) to Chelsea. Despite this, he had a hugely successful career, winning the FA Cup more times than any other player and winning the Double twice. After a short time at Roma, he moved to LA where he continues to enjoy success.

Robbie Keane was just leaving the LA Galaxy when Ashley Cole arrived, but he was off to India to join former teammate Teddy Sheringham at ATK. Sheringham was fired shortly afterwards for not performing to the expected standards, so Keane took over as Player/Coach. He has played almost everywhere – Wolves, Coventry, Inter Milan, Leeds, Spurs, Liverpool, Spurs (again), West Ham and so on. As with several others on our list, Keane is currently ‘considering his options’ at the age of 38. With a few years left on the pitch and a future that seems to be set on the touchline, we’re sure we haven’t seen the last of Robbie Keane just yet.

There are many players, like Robbie Keane, who return to a club that has treated them well. We’re not sure what’s going on with Peruvian Claudio Pizarro, as he has joined and left Germany’s Werder Bremen no less than four times. They were the first team to spot him while he was playing as a striker for Alianza Lima, and he repaid their interest with 25 goals over two seasons. He moved to Bayern Munich in 2002, helping them to win the double, and then to Chelsea. As with many players, Pizarro was left somewhat out in the cold after Mourinho’s departure, and so was looking for a friendly face. Werder Bremen were there for him from 2008-2012. But then he went back to another old flame, Bayern Munich, for 3 years, then back to Bremen, then to FC Kohl for one year and is now back with Bremen again at the age of 40.

Cameroon’s Eric Djemba-Djemba probably has more air miles than anyone else in football. He’s gone from Nantes to Man United, Aston Villa to Burnley, Qatar SC to Denmark’s Odensk BK, Israel’s Tel Aviv to Serbia’s Partizan and finally, St Mirren to Chennaiyin FC in the Indian Superleague. It’s an incredibly impressive resume, but there comes a point when many players feel that they would rather quit than keep playing at a lesser club. Djemba-Djemba is not one of those people. He is currently playing his football in Switzerland, for fifth division club FC Vallorbe-Ballaigues.