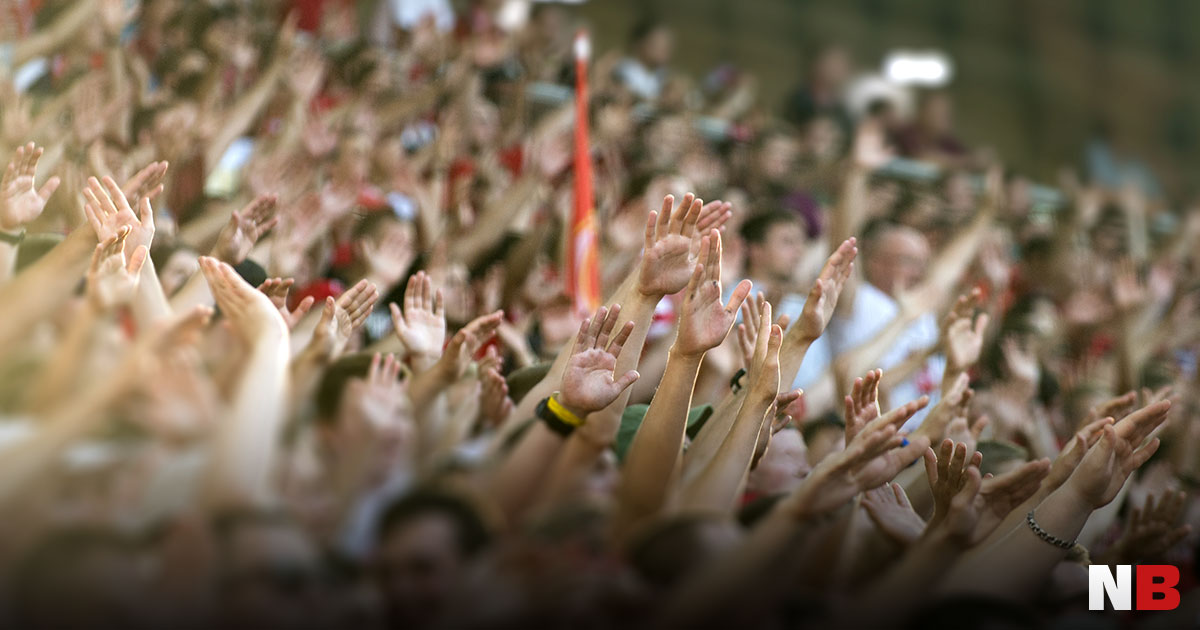 When you ask yourself, who is the biggest football team in the world, how do you define big? Match attendance? Twitter followers? Pie sales? If that last one were the case, this list would only contain teams from The National League North.

NetBet has pulled together some of the biggest names in football from around the world to create this list. From fiercely loyal locals, to worldwide followings, some teams just seem to strike a chord with people.

No matter how you measure the size of your team, you can’t deny that these clubs are huge!

This is a controversial way of sizing up a football team. You have to consider that not everyone who follows them may be a ‘true fan’. There’s also all the spam accounts, which are near impossible to measure and take into consideration. Still it seems like if a team is destined to be huge, it will be reflected in their Twitter followers.

When it comes to the battle of the retweets, it’s a firm feud between rivals Real Madrid and Barcelona. Real Madrid are currently on top with a combined 202 million followers across Facebook, Instagram, and Twitter. In the past eighteen months, they had a surge of tens of millions of new online fans to topple Barcelona’s social media reign, who have yet to hit 200 million followers.

Before I even tell you this answer, you probably already know what it’s going to be. Not because you’ve been pouring over sales statistics for the biggest football teams but from a gut feeling we all have. If you ever raised money for charity by getting everyone to wear their strip to work, every other person will be wearing this shirt. If you’ve ever gone on holiday halfway around the world, you’ll see the locals wearing this shirt. Even if your whole family has supported the same local team for generations, there will come a day when a cousin turns up to a reunion wearing this shirt.

With 2.85 million replica strips sold in a single year, this club is easily out in front.

Of course it is.

This is a very cynical way of deciding which team is the biggest. It’s purely corporate but it is a good way of seeing which teams are performing the best. Big companies only seek out advertising space in places everyone is watching.

In total, Real Madrid have earned a whopping £300 million in sponsorship from Fly Emirates in the last 5 years. All that just to have the logo emblazoned across their players’ chests. No other contract with a single sponsor has ever brought in that much money before. Renewing Fly Emirates for the 2018/19 season broke the record held by Manchester United’s monster deal with Chevrolet.

Money talks. You could argue all day about how many fans will be on the stands every week, or how often a team’s hashtag is used, or even the best celebrity fans. But the net worth of a club is a measure of size that cannot be quibbled over. Either the team is raking it in or they’re not.

This team has been mentioned a few times on this list already, and when you add up all the ways they succeed, it’s not a surprise when you see that all their efforts have translated into big bucks.

Manchester United are worth just under £3 billion as of 2018. They beat out the likes of Real Madrid, Barcelona, and Bayern Munich for this top spot.

Of all the ways we have measured how big our football teams are, this might be the most valid way. Football teams are nothing without their fans and they show their support with their feet. The biggest teams draw the best crowds, selling out their stadiums every single week. It’s not a perfect system, owing for the fact that not all of the best teams have big grounds or play in heavily populated areas, but match attendance is a great way to see how big a team is.

One of the ways to interpret match attendance is total tickets sold in a season. A few sell-out matches in a big stadium and a team could runaway with this accolade. Real Madrid top this list with total attendance of around 1.5 million last season.

What about the teams who have dedicated fans who show up match after match no matter what? if you value average attendance per game, then that award goes to Borussia Dortmund. These German giants draw on average nearly 80,000 fans to their grounds every single game. That is some dedication.

It’s almost impossible to to find exact figures when it comes to the number of pies that are sold at football grounds. But we can measure a pie’s worth in other ways to pass judgement on who is the biggest club.

When it comes to how much change for a fiver you can get for your pie, many a football fan has ruminated on this matter. In the UK, both the cheapest and most expensive football ground pies feature capital cities. Edinburgh City charges just £1 but the same cannot be said for the price of pies in London. Fulham top the list with their pies setting you back £4.50!

A number of fans of both football and pies have trawled the grounds to see which one tastes the best. One team always gets a mention no matter the criteria. Morecambe’s pies are well known to be full of flavour and just what a hungry half-timer needs. So if criteria for the world’s biggest football team is based on the quality of their baked goods, Football League’s Morecambe F.C. are the world’s biggest team. Go Shrimps!

The Evolution of Virtual Sports
The Funniest Sporting Moments of 2018