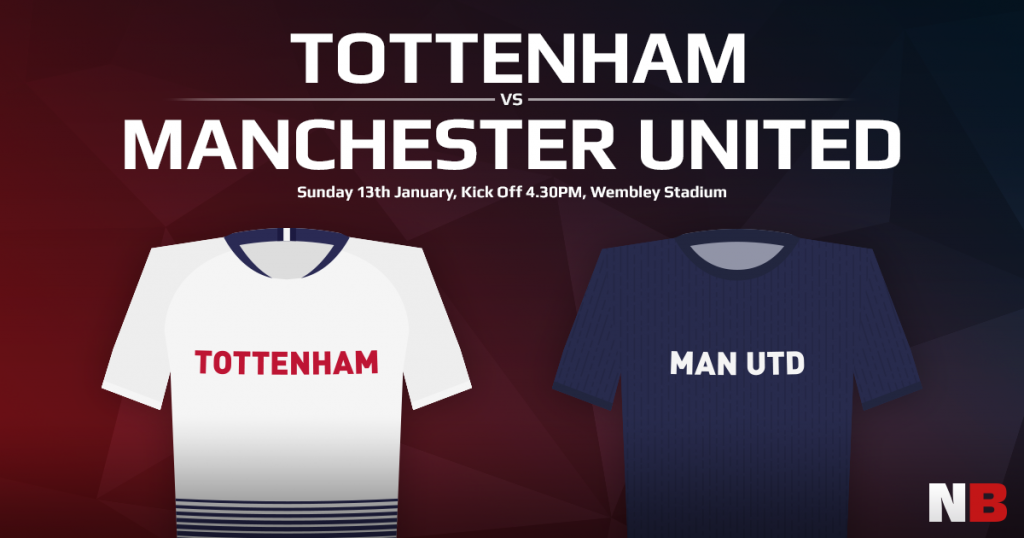 When Manchester United travel to London this weekend, they won’t be visiting Tottenham Stadium. That’s because work still isn’t complete on the £1bn new stadium and likely won’t be until at least March, so it’s back to Wembley they all go. Both teams are enjoying a run of form, but it’s Spurs who are in the better position. Spurs already have one half of the league double against United won; if they can complete the second, it will be the first time in 29 years that they’ve done so.

Their chances look good. Manchester United have lost their last three visits to Spurs and if they lose this fourth, it will be the first time in history that they’ve lost four successive away ties to the same team. But that was under Grumpy Uncle Jose, who has been sent packing. Now they have the Golden Child, the Hero of ’99, the artist formerly known as ‘the Baby-Faced Assassin’, Ole Gunnar Solskjær. To say that this has made a difference to the Reds would be an understatement – they’ve not lost since he took over. Paul Pogba, who was clearly unhappy under Mourinho, is finally finding the form expected of him.

This does not mean that all of United’s ills have been cured. Their defence still has more holes in it than Theresa May’s Brexit Plan (ZING!), with their clean sheet at Newcastle last week being only their second in 17 games. United have won the games that they should have, but now comes the biggest test for Solskjær because they will be going into the game as underdogs. Spurs, currently third in the table and ten points clear of United, won’t care much for United’s revival and will be instead concentrating on keeping in the title race.

Predicting how United will do gets a lot easier after this game, but for now, they come in as underdogs. Spurs won’t give them a moment’s chance and will be looking to expose United’s fragile defence any way they can. Expect a close fought, potentially scrappy game that could go in just about any direction. As an added twist, Mauricio Pochettino remains United’s number one choice for manager after Solskjaer’s caretaking role ends, but that could change on Sunday for a variety of reasons.

Spurs have a hole in midfield that only 18-year-old Oliver Skipp has been available to fill, but Eric Dier seems to be ready to return to action. Mousa Dembele is back in training, but with talks about a move to China continuing, it’s best not to pin any hopes on his return to the side. The Asian Cup is about to begin, which means that this is likely to be Heun-min Son’s last appearance for the club for a while.

Romelu Lukaku will likely continue his role (and his manager’s former role) as super-sub, after scoring three in three games from the bench, but Eric Bailly’s red card at Bournmouth means he won’t be taking part. Alexis Sanchez may find himself in the team after Anthony Martial failed to impress last week, while Victor Lindelof and Phil Jones will likely remain as centre-backs. Ashley Young is likely to start at right back in an attempt to plug some of those defensive gaps.

Premier League Transfers: The January Window!
10 Footballers Who Could Walk Free At the End Of The Season