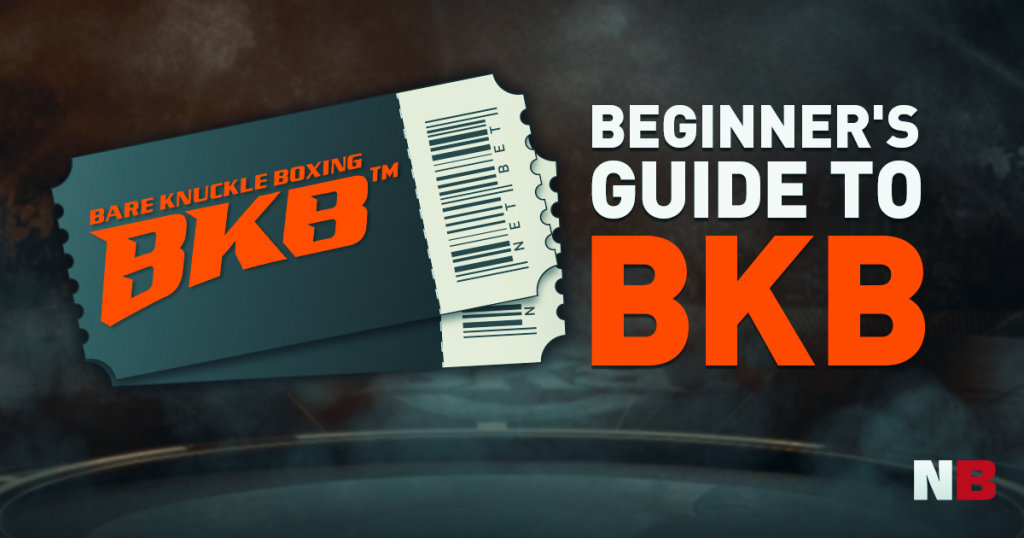 In the beginning, there was bare-knuckle boxing. Before we had tools, weapons or any sort of societal rules, the only way for two people to test themselves against each other or to settle a dispute, would be to hit each other with their fists. This does not necessarily make it a sport; you would need rules for that. But it does make it the oldest thing that a sport is based on. And now, BKB is making a return to the centre stage.

Many people may ask what the attraction is. After all, to the untrained eye, it’s not much different to the sort of wild brawl you might witness outside a Wetherspoon’s pup on a Friday night. For many fight fans, it’s the purity of it. There’s no molly-coddling in BKB. In the same way that many martial artists would prefer to fight without any rules whatsoever (and therefore ensuring that they prepare their defences against low blows, headbutts, etc), a boxer who fights without the (albeit limited) protection of 4oz gloves needs to know what they are doing. Broken knuckles are a constant concern for those doing the hitting; the extra damage that an ungloved punch can do is always on the mind of those getting hit. As the sport progresses, we’ll see rapid changes to the styles and methods of these fighters, just as we did with the UFC. They will be learning as they go, what punches to avoid, how to defend, and what they can borrow from other martial arts to make themselves better fighters.

There are also those that believe that attempts to make combat sports safe actually have the opposite effect. While gloves make hand injuries far less likely, there are many who argue that gloved and ungloved punches have a very different effect on the brain and it is in fact the gloves that cause long-term damage.

While people have no doubt always hit each other with their fists, conventional wisdom suggests that bare-knuckle boxing could not exist before the invention of boxing. But this is not necessarily the case. Russia has a long tradition of bare-knuckle fighting. Known as “Kulachniy Boy” (fist fighting), organised fist fights date back to the 13th Century. There were two main types of fight: one-on-one, and wall-on-wall. One-on-one is pretty self-explanatory.  Wall-on-wall was a group fight which could involve a few hundred participants, military tactics and planning, and could take an entire day to complete. What makes either of these any different from a brawl? Well, there were not many of them, but there were rules. The 19th Century opera singer, Feodor Chaliapin, described his recollections of such an event:

“From one side came we, the Russians of Kazan, from the other side the Tatars. We fought hard without feeling sorry for ourselves, but never broke the historic rules of not to hit one that is already down, not to kick, and not to keep iron up one’s sleeves.”

By the 18th Century in England, boxing was slowly becoming a fully-realised sport. But there were still no gloves, meaning that those who formulated the basis for boxing were in fact bare-knuckle boxers. James Figg was the first of these, a man who fought with fists, swords and the quarterstaff. While James Figg was the instigator and organiser of early boxing, he was not the most famous. That accolade went to Elizabeth Wilkinson, the first female boxer and first female bare-knuckle champion. Not only did she knock people out, she was also well-versed in trash-talk. She even fought couples, alongside her husband, James Stokes. For 150 years, she was the most famous boxer in Britain, and it was not until the end of the 19th Century when writers and historians began to change the narrative to something that more suited their frail male egos.

Legends of the Sport

The man who probably did the most for both styles of boxing was James “Jem” Mace. Originally a musician, Mace realised an affinity for the sweet science when he soundly beat the three thugs who broke his violin one time in Great Yarmouth. He was one of the first technical boxers, utilising footwork and defence to get the better of bigger and younger opponents. At the time, bare-knuckle boxing was banned, and so Mace was forced to travel far and wide to find fights and opponents. This led him to the USA, Australia and New Zealand, where his fame grew. Mace still holds an extraordinary record – the longest professional career of any fighter. His last exhibition fight was in 1909. Mace was 79. Take that, Floyd Mayweather.

While bare-knuckle boxing was illegal and considered a brutal and unnecessary pastime by most parts of society, it remained alive and well in the Irish Traveller community. Bartley Gorman was one such champion, a bare-knuckle fighter from a long line of fighting champions. While his feats garnered him a measure of fame and respect from the regular world – he sparred with Muhammed Ali and was a friend of the Kray twins – he was a legend in the traveller community. He fought dozens of fights in numerous sketchy locations. At the bottom of a mine-shaft, in a quarry, at horse-fairs, nowhere was off-limits for Gorman. Fun trivia fact – when he was playing Bane, the villain in The Dark Knight Rises, Tom Hardy based his extraordinary accent in that movie on Bartley Gorman. Having heard both of them speak, we still don’t see it, but then Gorman never wore a weird mask.

We Have the Technology

Technology played its part in bringing BKB closer to the forefront of things. With the development of home video recorders, it meant that a record could be made of various unlicensed, unsanctioned and wholly illegal traveller fights. It also allowed people to make their own call-out videos, much like the ones they’d seen wrestlers doing on the WWF. These are foul-mouthed, rambling, complicated affairs that could spring from the slightest perceived slight. At least, they might be. Understanding what is being said is a bit tricky to say the least, but the gist of it tends to be that a member of one family has said something to a member of another family, and someone’s. In the early days, people would make videos or DVDs and send them to each other, just to wind them up. But while they seem anarchic and chaotic, they are (usually) carefully controlled. Each side has a referee, and both are quick to step in whenever the fighters clinch.

With the advent of the internet, such activities proliferated. It quickly became clear that BKB fights were still happening all over the world. Kimbo Slice, for example, became a viral sensation when footage of his bare-knuckle fight appeared online. He was eventually able to parlay this into greater and greater fame and success, taking part in the UFC’s Ultimate Fighter reality TV show and a career at Bellator.

Emerging as a Legitimate Sport Again

BKB is undergoing a resurgence as increasing amounts of people seek out combat sports. MMA, long touted by organisations such as the UFC as being ‘the fastest growing sport in the world’, has more than a little to do with this. Retired MMA fighters, such as Chris Leben, Bec Rawlings and ex-UFC Welterweight Champion Johny Hendricks have all turned up at fledgling BKB events.

That said, it has not been easy. In an interview, Dave Feldman, the promoter of the Bare Knuckle Fighting Championship, stated that he had approached 28 US athletic commissions and all but Wyoming turned him down. But as with MMA, it’s out there now, and it’s not going anywhere.

This weekend, we’ll be sponsoring BKB15 at London’s O2 Arena on Saturday night. You can bet on all the fights on our site, and watch the action on Television X. There are six exciting fights lined up, in a range of weight classes, from Heavyweight to Lightweight. We’re expecting a great night of action, and we hope that you’ll join us either live at the event or watching at home!