Christmas is over, the New Year done with and January is in the books. It’s time to gather our thoughts and fix our attention on what is important: the Six Nations. Be ready for one of the best tournaments in recent memory. Not only is the World Cup looming in just 8 months, but the quality of competition should be significantly better for all teams (except Italy, sorry Italy). Let’s take a look at the teams, fixtures and how we think things are going to go.

They won the Grand Slam last year, they beat Australia 2-1 during their tour and were the only home nation to beat the All Blacks during their tour at the end of last year. You’d better believe that Ireland are the favourites. If you ask them, they’d tell you that their win over New Zealand makes them the number one team in the world, but officially, they remain about a point and a half behind them.

Manager Joe Schmidt knows that all eyes will be on Ireland from now until the end of October but is confident that his team can take the pressure. There is no weak link in their team, with Johnny Sexton orchestrating the action from Fly-Half, while last year’s top try-scorer, Jacob Stockdale, will be hoping to reprise his feat this year. Rory Best will be adding his strength to an already-massive pack and if Sean O’Brien will bolster that strength if he can remain injury-free.

Ireland’s schedule this year begins and end with a bang, starting by hosting England and ending with a visit to Cardiff for a fixture that will likely decide the result of the whole thing. But with all the teams looking strong, can they possibly pull off another Grand Slam?

“You never know which team is going to show up.” It’s one of life’s great mysteries as to how both the French national Rugby team and the French national Football team can be subjected to the same cliché. Perhaps it’s because we all know that their team is experienced and capable, and yet hideously inconsistent. They could only manage wins in Italy last time around and have lost eight out of their last 10.

However, it’s not all bad news. Racing 92 and Toulouse have had a fine run in the Champions Cup. Antoine Dupont at scrum-half and Thomas Ramos at full-back will hope to add some life to Les Bleus. But if they can’t perform away from home, then there’s not much hope for France, either in the Six Nations or the World Cup.

Eddie Jones is doing his best. It all started so well for him, with back-to-back titles in the Six Nations. But this time last year, it all started to go wrong. Beaten by France and Scotland, they managed a lowly fifth, but the Autumn internationals seemed to show some improvement. There were victories over South Africa and Australia, and the loss to New Zealand was both controversial and by a single point.

Jones’ plans for the squad are as mysterious as ever. There’s no place for the in-form Danny Cipriani, but Chris Ashton and Henry Slade are being brought back into the fold. The Vinipola boys are healthy and back in the team, as is Joe Launchbury, but there’s no Sam Underhill or Anthony Watson. They have the ingredients to win all their games, not to mention the capacity to lose them all at all. Strap yourselves in, it’s going to be a wild ride.

What to say about Italy? Well, they’re game at least, and the tournament schedule gives them three vital home games out of five. There’s added hope in the fact that Benetton and Zebre have both had decent seasons so far, and Wasps’ Michele Campagnaro is back after missing the tournament last year.

But really, what’s the best that they can hope for? A victory over France? Fifth place? Tactics like those employed against England a couple of years ago are entertaining, but they still lost and managers should be aware that they might try something crazy again. Sergio Parisse remains the captain and driving force behind his team, but at 35, retirement looms. The future looks similarly bleak for Italy, and at some point, someone will need to ask the question: do we go back to the Five Nations? If nothing else, at least Italy will be able to open a cooking supply store with all the wooden spoons they’ve earned.

When asked, most managers are understandably cagey about their plans for the World Cup when the Six Nations is about to start. Not Warren Gatland, who is beginning his last year in charge of Wales. He has made no secret that they’re planning heavily for the trip to Japan in the Autumn, even taking the squad to Nice between the France and Italy games because it will be a similar situation to that they’ll experience in Japan.

They’ve picked up some extra form during the Autumn internationals, getting a win over South Africa and ending their decade-long drought against Australia. But injury problems continue to follow Wales, with Leigh Halfpenny ruled out of (at least) the opener, Ross Moriarty, Adam Beard, Gareth Davies and Scott Williams are still not 100%, and Taulupe Faletau’s broken arm has kept him out of the whole thing. Still, they are a danger, capable of beating any Six Nations team on the day.

Scotland go into the Six Nations this year feeling both optimistic and confident. Last year started badly, with a big old 34-7 defeat in Cardiff, but rallied to collect hard-fought victories over Italy, France and England. Greg Laidlaw can lay claim to being the man most responsible for these wins, kicking 22 points in the France game alone.

This year, they will be hoping to win all their home fixtures, which this year includes Wales, Italy and Ireland. A tall order to be sure, but with Finn Russell backing Laidlaw up and Hogg, Maitland and Seymour powering ahead at the front, they have plenty of reason to believe that they can improve on last year. Also keep an eye on Exeter’s Sam Skinner who impressed during the Autumn internationals against Fiji and South Africa. 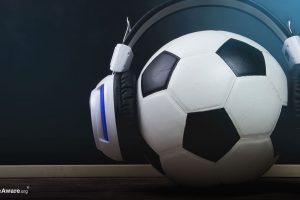