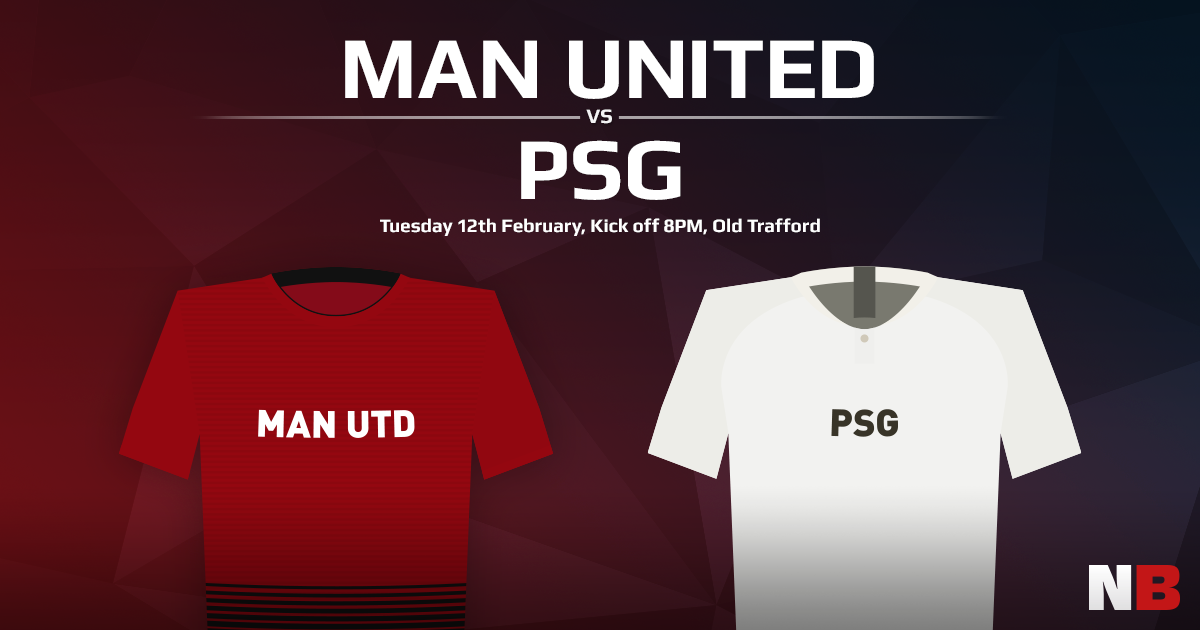 How things have changed for United fans. When the draw for the last 16 of the Champions League was performed back in mid-December and PSG were revealed, the mood was grim. PSG looked unbeatable, well ahead of the competition at the top of Ligue 1 and with some of the world’s best players on their books. One punter’s reaction was immediate: “We’re out, we’re out, no chance at all. We’re going to get absolutely annihilated.”

A lot has changed since then. Jose Mourinho is gone, and Ole Gunnar Solskjaer has completely revitalised his former team. They still haven’t lost since Solskjaer took over and victory against Fulham on Saturday could lift them into the top four of the Premiership. The caretaker manager has grown confident enough to speak publicly about his ‘long-term vision’ for the club which is an encouraging sign for his continued employment. Meanwhile PSG remain 10 points clear at the top of the table, their form has taken a few hits in recent weeks. They were knocked out of the League Cup by Guingamp, currently languishing at the bottom of the table and now Neymar Jr is out until at least April. Certain people in Paris and Qatar are starting to get very nervous indeed.

It’s the French World Cup stars, Kylian Mbappe and Paul Pogba, that will be shouldering the burden of expectation on Tuesday, but events at the weekend will likely make a difference. If PSG lose and United retain their winning streak, they will be full of confidence. However, if PSG win and United lose, the Reds will be brought back down to earth and expectations will need to be readjusted. Both have issues in defence, but PSG seem now to have issues in midfield as well. Either both sides will take a timid approach to the first leg and we will see a 1-1 draw, or Solskjaer is going to set the competition on fire and we’ll have a goalfest. Since the latter option is more fun to watch, we’ll go with that one, shall we? United to win 3-2.

Both United and PSG have league games to get through before Tuesday, so everything could change before then. Assuming all goes well at Fulham, only Marcos Rojo is sidelined from the first XI, so United could rest a few players over the weekend and turn up all guns blazing on Tuesday. The question is whether Solskjaer is even slightly interested in the Champion’s League. Everything he has said so far makes it look as if he is wholly focussed on the title race rather Europe. But talk is cheap and if they were to start believing that they have a real chance, maybe they will go for it.

We’ve already mentioned Neymar and Adrien Rabiot is still arguing about his contract. Marco Verratti has been out for three weeks with a dodgy ankle, and his return to training has not been completely smooth so we’ve no idea if he will play or not.