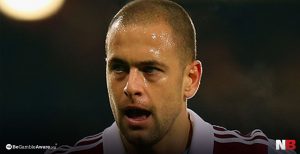 Recruiting players to build a great side isn’t an easy task, as the numerous transfers that take place will attest to. Things don’t always go the way you want: sometimes, for whatever reason, what should be a great fit just doesn’t work out. Here we’re looking at 6 players who were transferred and failed to live up to expectations.

Touted by Steven Gerrard as a potential Player of the Year for 2010, Cole was widely predicted to be a star player for Merseyside. But things didn’t elapse this way. After being sent off in his debut game, Cole had a patchy season of disappointing results and injuries and was eventually transferred to Lille.

Bosingwa came to QPR with high expectations, having beaten Crystal Palace to win the Champions League with Chelsea in May. His fortunes with QPR weren’t so auspicious, however. After being fined two week’s wages for refusing to take his seat on the bench during a match against Fulham, he enraged supporters and teammates by leaving the pitch laughing after the team drew 0-0 with Reading. He was dropped by the club three months later.

After being dropped by Barcelona following an injury in 2014, Manchester United offered Valdes a contract the next year as a backup goalkeeper. Unfortunately, he only lasted six months and was quickly put on the transfer list after it reports he refused to play in a reserve match. He was eventually packed off to Standard Liège in 2016. 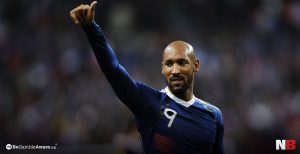 Anelka had a reputation for being something of a controversial player, and his time with West Brom was no exception. After threatening to leave the team only months after he was signed, he celebrated his first goal for the club in December by performing a quenelle – a controversial gesture viewed in France as the equivalent to a Nazi salute. Anelka was banned from playing for 5 matches and later announced he would be leaving West Brom – though the club later announced he had not given them notice of this.

After a brief spell as a free agent since leaving Villarreal, Pires was offered a six-month contract with Aston Villa in 2010. Aged 37, there were many who felt that Pires was somewhat over the hill, and his record didn’t do much to change minds. After only managing to score a single goal in nine Premier League matches, Pires himself admitting his time at Villa was “a failure” and was released by them in 2011.

Eboue is notable for the woefully short period of time he spent with a club. Sunderland picked up Eboue after he spent nearly a year as a free agent, with Sam Allardyce intending for the player to see out the end of the season. They might have been somewhat disappointed as he only lasted twenty-two days before landing him a one-year ban from playing by FIFA after it emerged he had not paid his agent.