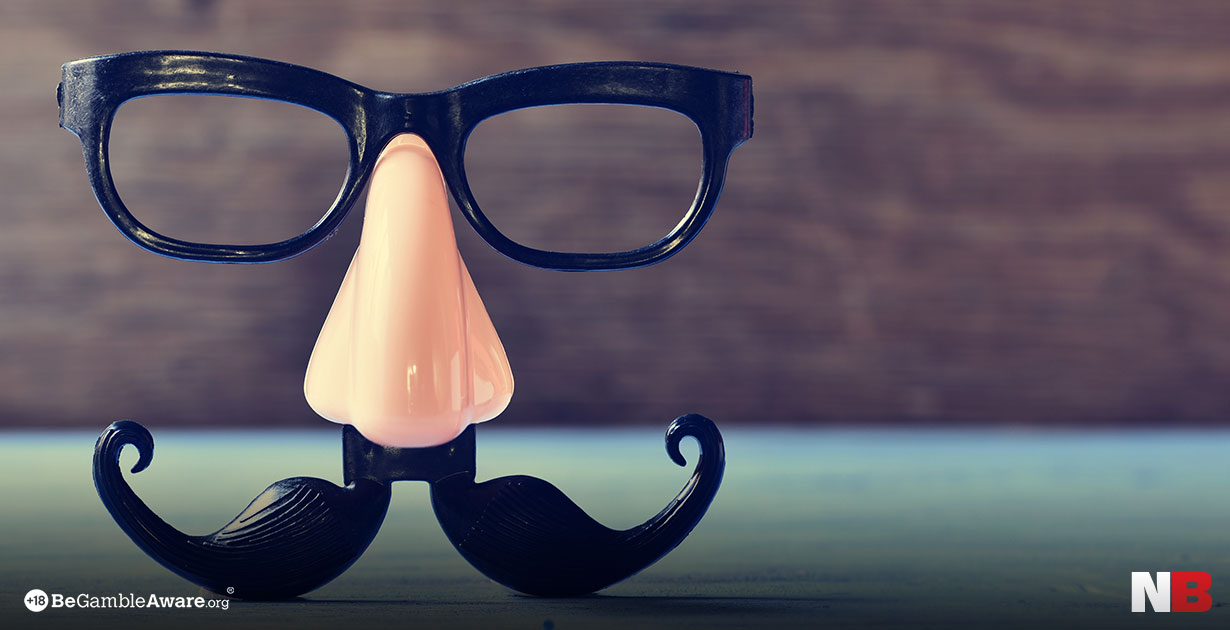 With the news that female football fans in Iran have to disguise themselves as men in order to watch football matches, we thought it was time to take a look at various hoaxes, pranks and imposters in sport. Obviously, the Iran situation is unfortunate and while there have been some efforts to make the game accessible to everyone, things haven’t changed sufficiently for some female fans yet. However, there’s a bit of history to disguises in football – usually it’s the referee.

There have been a few incidents in British football, specifically in Wales, for some reason. In 1923, at a seniors game between Swansea and Llanelly, the refereeing was so bad that the crowd stormed the pitch and attempted to break into the referee’s changing room. Fortunately for the unfortunate referee, a policeman was able to offer him his uniform as a disguise, and he managed to walk past fans and escape without detection. The second happened in 1967 at a game between Wrexham and Southport. A free kick had been awarded just outside the box, and while Wrexham were arguing with the referee, Southport took the shot and scored a goal. Apparently, the Wrexham fans were eager to ask the ref about his decision, but once again, the classic policeman disguise worked.

However, the true master of this technique was the Argentinian referee, Livion Bonelli. Not much is known about this international man of mystery according to a 1961 FA news story, Bonelli used to start the game wearing a wig and a fake beard. If things went bad (which, according to the story, did occasionally happen) he could whip them off and be on his way in seconds. A good strategy, but we do have to wonder about his self-confidence if he was turning up to matches already prepared to run for his life.

Now that we live in the internet age, there are plenty of opportunities to use disguises and pranks in order to sell something. One classic setup involves dressing up a professional sports star as an older person or someone who clearly looks like they have no idea what they’re doing. Everyone has had a go at it, whether it’s Cristiano Ronaldo irritating shoppers in Madrid who clearly could not care less, weightlifting at Muscle Beach in California or freaking out kids in Hyderabad at a badminton academy. Even ping pong has gotten in on the action, in one of the more genuine and charming entries in the genre.

It’s a tried and tested technique that has been done so many times now, it has become predictable. The skit begins with a street game of some sort already in progress. The individual, clearly unsuited to the game or the action, enters and watches for a while. Perhaps they do a few low-key warm-ups. Eventually, however, they enter the game. Usually it’s a slow start. They fumble a few moves here and there, just to cement the narrative, but then there’s a turning point. Suddenly there’s a burst of speed or a trick that only the pros use. Looks of shock and amazement appear on the faces of the spectators as they sip from their Pepsi bottles. Then, in most cases, it’s time for the reveal, with fans clustered around, amazed that they were so close to their hero all this time without knowing it.

Pepsi MAX went to a pick-up game in Bloomfield, NJ pretending to shoot a documentary on a basketball player named “Kevin.” When his Uncle Drew came into the game, some magical things happened. http://www.PepsiMAX.com/facebook Subscribe: http://www.youtube.com/subscription_center?add_user=pepsi Connect with Pepsi: http://www.pepsi.com http://www.twitter.com/pepsi http://www.facebook.com/pepsi http://www.instagram.com/pepsi

The most successful of these by far is Uncle Drew. Drew is the alter-ego of Kyrie Irvine, a #1 draft pick, 2011 NBA Rookie of the Year, six-time All-Star, member of the USA Olympic team and current player with the Boston Celtics. But his series of Uncle Drew adverts for Pepsi Max made him (or rather Drew) a household name. It was such a successful character that it became a full-blown movie, with Tiffany Haddish and Shaquille O’Neill.

Of course, sometimes it gets taken too far and someone has to make it weird. Again, it was all in aid of furthering Pepsi’s sales. The setup was sound. Take Jeff Gordon, former NASCAR superstar, slap some makeup on him, and send him to the local Chevrolet dealership to take a car – and an unsuspecting salesman – out for a literal spin. How do you get that wrong? Well, by faking the whole thing. Gordon didn’t do any of the driving, the salesman was an actor and even the car was not as advertised. This one, featuring rally driver Petter Solberg, is much more wholesome.

Sometimes, someone pulls off a proper con job and makes it to the big stage without any of the skills necessary to earn it. Take for example the sorry tale of Ali Dia. In 1996, Southampton manager Graeme Souness received a call from George Weah, the Liberian international and, at the time, World Player of the Year. Weah was extolling the virtue of his cousin, Ali Dia. Dia, Weah explained, had been playing for Liberia and Paris Saint-Germain and was now eager to try his luck at Southampton. Souness bought it and signed Ali Dia on a month-long contact. He was exposed during 30 painful minutes when he was brought on as a substitute – and then re-substituted. It turns out that George Weah had not been on the phone but was actually a university friend of Dia’s, and after two embarrassing weeks, his contract was ended.

Teaser trailer for our film, which is officially selected and premiering at Tribeca Film Festival 2018. Like most boys around the world, Carlos Henrique Raposo AKA Kaiser wanted become a professional footballer. The problem was, that he had absolutely no talent.

When it comes to the greatest fake footballer who ever lived, there can be only one winner: Carlos Henrique Raposo, otherwise known as Carlos Kaiser. Kaiser (named for his similarity to a young Franz Beckenbauer) amassed the most extraordinary record in football: over 13 years and playing for 10 different clubs, he scored 0 goals and made 0 appearances. This was not, like Ali Dia, because he believed himself to be a great footballer. In fact, he went out of his way to avoid playing football at all costs. He once jumped the fence and picked a fight with fans to avoid being brought on during an actual game. Kaiser would befriend famous players, suggesting that they put in a good word for him their club, but when it came to getting signed, sadly Kaiser would be unable to play immediately. He was still shaking off a nagging injury. That usually did not stop the club from at least signing him to a six-month contract. Kaiser not play but be paid, and when other players and managers started to get suspicious, he would simply move on to a new club and a new six-month contract.

Five Simple Ways the Premier League Could Be Improved
The Curse Of… Drake?