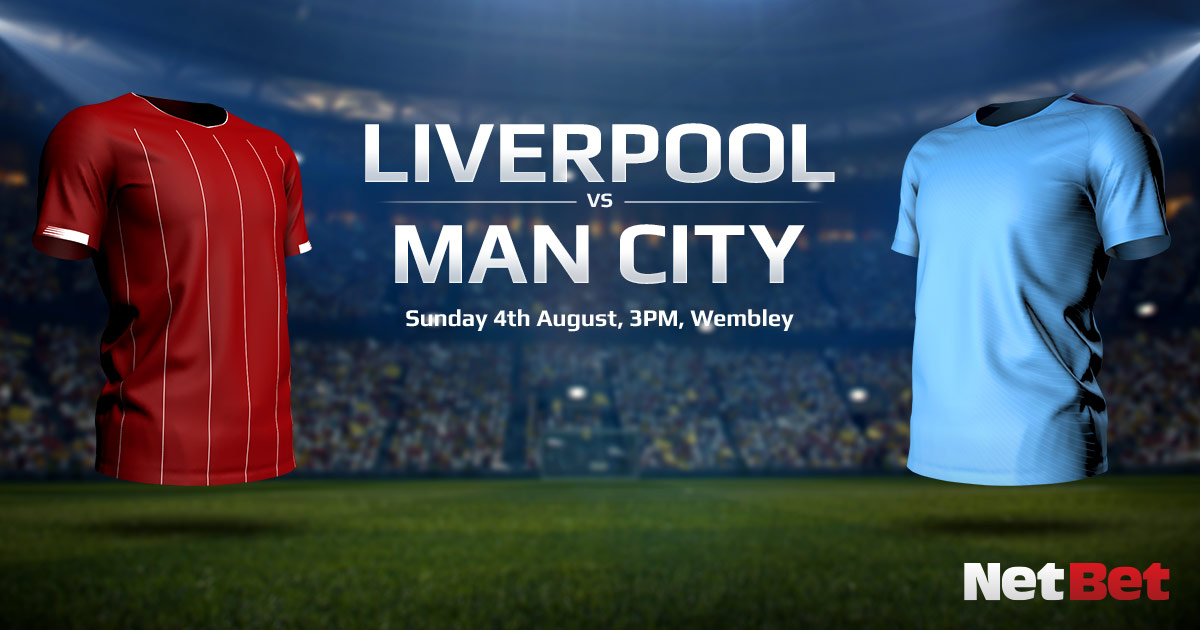 The Community Shield takes place on Sunday, 4th August 2019 to signal the start of the new football season. This year, last year’s defending champions Manchester City take on Liverpool. Technically, it’s supposed to be the winner of the Premier League vs the winner of the FA Cup, but only the City faithful would want to go to Wembley to watch Manchester City play with themselves.

Manchester City have had far better pre-season results than Liverpool, who still have a game to play against Lyon on Wednesday evening. City played in the Premier League Asia Trophy, along with West Ham, Wolves and Newcastle. Despite the fact that Wolves beat City in their game and eventually won on penalties, City won most of their games, plus a couple of friendlies against Japanese sides. Liverpool started with a few local games, trouncing Tranmere and beating Bradford, before embarking on a mini tour of Europe. Dortmund, Sevilla, Sporting CP and Napoli ALL beat Liverpool, so obviously Jurgen Klopp is in real trouble and Liverpool have no chance of winning the Premiership. Such is modern football.

Jurgen Klopp has already taken to the airwaves to say that it would be absolutely ludicrous – I mean, downright insane – for Liverpool’s upcoming season to be judged on the result of the Community Shield. Obviously, no one would actually do that, so Klopp is clearly asking people to lower their expectations in advance of Sunday’s game. Pep Guardiola certainly is not denying anything, claiming that Yokohama, who they played (and beat) on Saturday, are the perfect way to prepare for Liverpool. Expect Man City to continue where they left off last season with a victory.

Part of the reason for Liverpool’s lacklustre summer season, other than the fact that it means absolutely nothing at all, is that they’ve had a lot of players out of commission. Alisson and Roberto Firmino won the Copa America for Brazil, while Mo Salah was with Egypt in the Africa Cup of Nations (as was Sadio Mane, but he won’t be involved in the Charity Shield). There are a couple of players who have taken the summer to recover from injury, and Liverpool fans will be pleased to hear that Naby Keita and Xherdan Shaqiri will be training in Evian this week. We may even see Harvey Elliott, Liverpool’s big new youngster.

City have not been without a few hiccups themselves, although not to the same extent as Liverpool. Kevin De Bruyne has recovered from the knee injuries that took him out of last season’s finals and has given his blessing to City’s big new signing, Rodri (considered by many to be the bargain of the summer). The €30 million signing from Atletico Madrid is seen as the perfect replacement for Fernandinho, who suffered from injuries last year. They are not done yet, apparently sniffing around Nelson Semedo, despite Barcelona’s insistence that he’s not for sale. Riyad Mahrez is likely to be rested having won the African Cup of Nations with Algeria, while Gabriel Jesus, Fernandinho and Ederson all played in the Copa America.

5 World Class Players who almost signed for uncool Premiership Teams
What is a Yankee Bet?