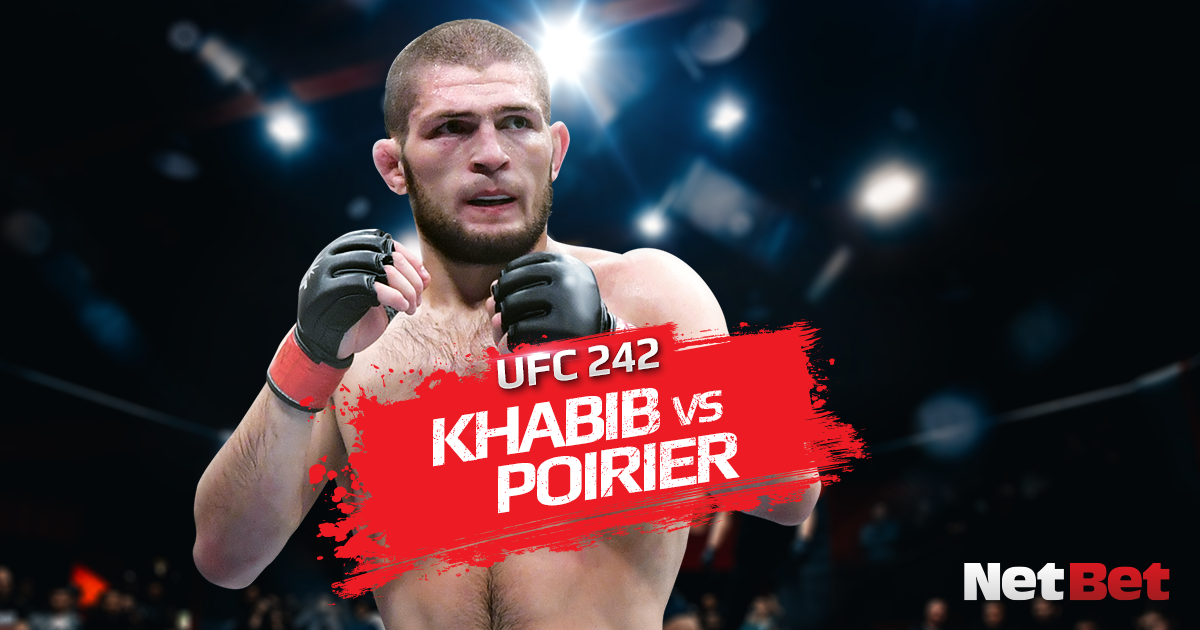 The UFC travels to Abu Dhabi this weekend for UFC 242, and the Lightweight unification bout between Khabib Nurmagomedov and Dustin Poirier. This is great news for viewers in the UK, who will be able to enjoy a main event that starts at 7pm instead of 3am. As has become traditional for the UFC’s pay-per-view events once you get past the headline event, the quality of matches drops off significantly. We could be wrong, but we’re pretty sure folk are not salivating at the prospect of Paul Felder meeting Edson Barboza in the co-main event, and the buzz surrounding the bout between Islam Makhachev and Davi Ramos is… well, pretty much non-existent. But there we go, this is the world we live in now.

At least this is a big fight to headline the show, one of the biggest of the year. Khabib Nurmagomedov returns after a year on the sidelines due to suspension. That’ll happen when you beat Conor McGregor in the biggest fight in UFC history and then immediately jump the cage to start another fight with his training team. However you feel about his post-fight actions, there’s no denying that he batted McGregor around like a lion playing with a meerkat before almost twisting the Irishman’s head off in round four. Khabib is one of the most dominant champions in MMA, with a string of 27 victories and no defeats.

So can Dustin Poirier beat him? Well, as his last performance against the always-dangerous Max Holloway showed, Dustin has real power in his punches. It’s usually Max rearranging features like that (see the Brian Ortega fight, for example), so it was a real surprise to see Poirier handing out a beating at that level. He’s also taken down some really tough competition: Anthony Pettis, Justin Gaethje and Eddie Alvarez just to name a few. But this is Khabib. No one honestly thinks that Poirier can win and if he does, it would be one of the biggest upsets in fighting history. If not, it clears the way for Tony Ferguson to finally take his shot at Khabib, MMA Gods willing. 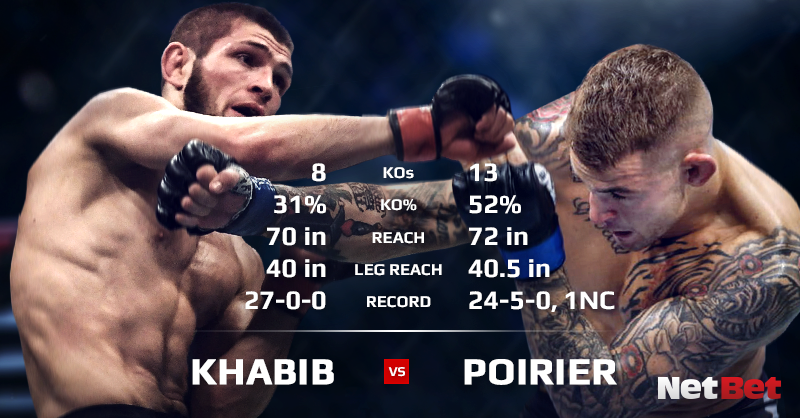 The second of four Lightweight fights on the main card (there are another two in the prelims) features a couple of veterans making what is probably their last run at rankings. Edson Barboza is a Brazilian Muay Thai fighter with a ferociously terrifying kicking game. He has the first wheel kick knockout in UFC history, and the only fighter with multiple wins via leg kicks. He last took on Justin Gaethje, losing an incredibly entertaining fight in the first round.

Paul Felder is a bit of a journeyman fighter, having taken down some relatively average names in his rise up the Lightweight rankings (Stevie Ray, Charles Oliviera and James Vick, for example). He had an unsuccessful visit to the Welterweight division to be beaten up by “Platinum” Mike Perry, and then came back to knock James Vick into the middle of next week back in February. Felder’s a small underdog but win or lose – for either fighter – the needle won’t move a huge amount, to coin a phrase.

This has the potential to be a very interesting fight, albeit one that won’t necessarily make all the highlight reels. Of all the relatively unknown names on the undercard, perhaps Islam Makhachev is the one to take note of. Why? Well, there’s one word that pretty much guarantees attention and respect: Dagestan. Islam grew up with Khabib and Zabit Magomedsharipov (who is currently sitting at no. 5 in the UFC Featherweight rankings), trained with them and fought with them. He has a similar style to Khabib, in that he’ll grab hold of you, grind you down, trip you up and then smesh the face right off your head.

Davi Ramos has no problem if this turns into a wrestling match. A former BBJ World Champion, Ramos is a very high-level grappler. This will be an interesting test, Jiu Jitsu vs Sambo, assuming the fight goes long enough. It may not be the best viewing, as the two men will likely spend a lot of time up against the cage. If he can take down Islam, then perhaps he’ll be able to sell himself as a Dagestani-hunter. But first, he’s got to get past Makhachev, which is a tough ask.

There’s some very famous footage of a 10-year old Khabib wrestling an actual bear in his homeland. We’re not saying that the bear was shaved, given human clothes and taught how to act like a person, but we’ve never seen that bear and Shamil Abdurakhimov in the same room at the same time. Just saying. Shamil has been with the UFC since 2016, with victories over Andrei Arlovski, Marcin Tybura and Walt Harris, and a loss to Derrick Lewis on his record.

A Chicago native, Curtis Blaydes made his promotional debut against Francis Ngannou. As if that proposition was not terrifying enough, he faces Ngannou again in November last year. He lost both times, but aside from that, he’s got a decent record for a UFC Heavyweight. Mark Hunt, Alistair Overeem and Justin Willis comprise his last three wins. He’s a college wrestler, which should neutralise Shamil’s ground game if it gets that far (but then again, Dagestan), but expect Blaydes to overpower Abdurakhimov on his feet.

Taisumov sounds Dagestani, looks Dagestani, is fighting on a card full of Dagestani fighters, but is from Chechnya. He’s not really faced too much in the way of stiff opposition, but that’s fine, nor has Carlos Diego Ferreira. Taisumov is coming back from the double-whammy of being unable to make weight (Ferriera also missed weight in his last fight) and a six-month USADA suspension. Before that, he had three consecutive performance of the night bonuses, so hopefully he’ll go back to that rather than the other thing.

Rest of the card

Scotland’s own Jo-Jo Calderwood (5) makes her return to the Octagon to face Andrea Lee (6). Why this Women’s Flyweight fight isn’t further up the card is a mystery to… oh wait, it’s in Abu Dhabi. Got it. Jo-Jo is coming off a loss so here’s hoping she can upset the odds and claw her way up the rankings another spot or two. Meanwhile, Teemu Packalén, Finland’s only(?) MMA fighter, along with two more Dagestani fighters. Does this signify the start of a Caucasus takeover? Only time will tell…!