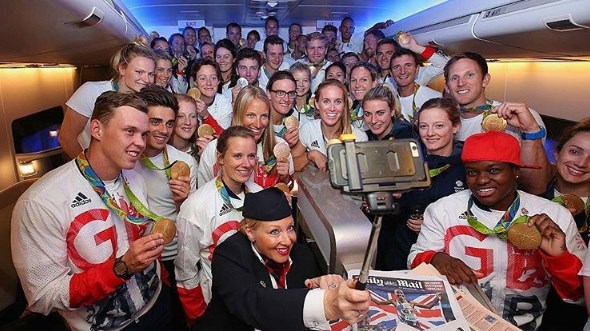 The decision as been made this week to push the Olympic Games back to 2021 as the Coronavirus crisis continues.

Talks between Japanese president, Shinzo Abe and the International Olympic Committee (IOC) took place on Monday 24th March as both sides agreed to postpone the Games for one year as opposed to cancelling them altogether.

In an unprecedented move, this is unarguably the correct decision with most countries issuing lockdowns across the globe, leaving athletes unable to train ahead of the most coveted sporting event of them all.

Like the Olympics, it has also been confirmed that Euro 2020 has been pushed back a year due to the Coronavirus outbreak, so at least sport in 2021 should be a truly memorable year.

What happens now with the the Olympic Games?

Both the IOC and President Abe have insisted that the Games “must be rescheduled to a date beyond 2020 but not later than summer 2021, to safeguard the health of the athletes, everybody involved in the Olympic Games and the international community”.

It has been rumoured that the Olympic Game could possibly be held in April 2021 but the IOC remains keen for it to begin in July 2021 when less sporting events are happening around the world.

There is also the prospect of a clash between the Olympic Games and the Swimming World Championships and the Athletics World Championships but committee of both events have said they are more than happy to push back a year, meaning the athletics will be held in Eugene, Oregon in 2022.

However, the postponement of the Games is a huge financial blow to Japan, which has spent more than £8billion on the event.

How have the athletes responded to Olympic Games postponement?

Many athletes have reacted to the news that the Olympic Games is to be postponed until 2021.

Team GB stars Katarina Johnson-Thompson and Elinor Barker have spoken of their devastation at the news but all athletes are in agreement that is was right to cancel the Olympics.

Olympic 100m breaststroke champion Adam Peaty explained that now the decision has been made, it meant athletes could now relax and focus on the event next year.

However, some Team GB athletes, such as Becky Downie, had planned to retire after this summer’s Tokyo Olympics, meaning that they will have to produce another year of training before the Games.

During a time in which the numbers of those testing positive for Coronavirus continues to accelerate, Team GB also said that the Olympic Games were a beacon of hope for people to hold on to.

From NetBet, stay safe everyone!

Usain Bolt: Lightning strikes for the last time
What Are Sport Stars Doing to Cope with Coronavirus?