With modern technology, the number of themes and designs for slots is endless. While original themes are always welcomed by slot fanatics, there are a few classics that come back time and time again – one of them being pirate slots.

Pirate slot machines give us a taste of life at sea and keep us on our toes with sunken treasure and hidden riches. But with so many pirate slots out there, how do you know which ones are best? Thankfully, we’re here to help. Below, we explore the top 5 pirates slots that you can play right now in online casinos: 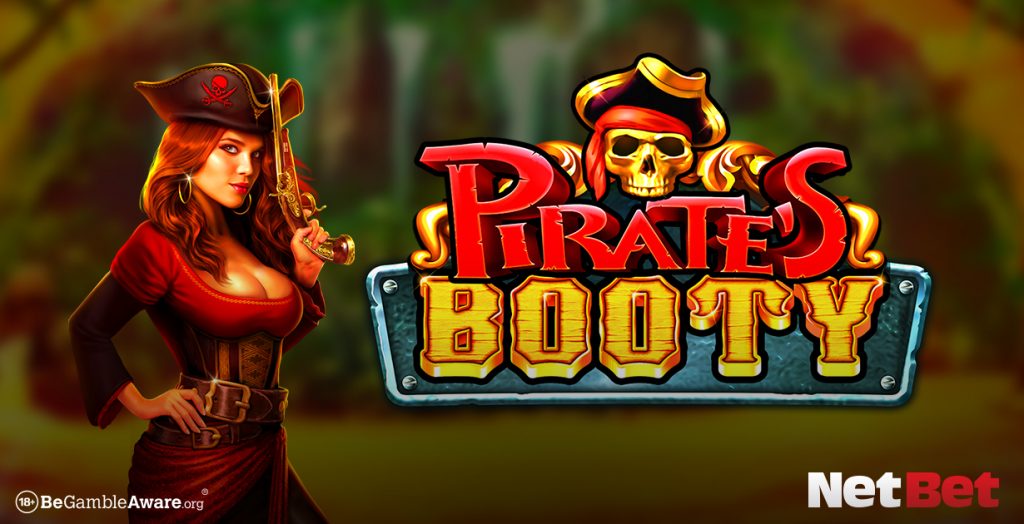 Step aboard for a gripping pirate adventure in Pirates Booty, a popular release from Ruby Play. When you open up the slot, you’ll see the notorious pirate Red, a strong female character who leads you on your epic journey. The action takes place across 5 reels and 30 paylines, so there are plenty of chances to form a winning combo. The RTP is set at a decent 96.4%, so we’ve got no complaints in that area.

With tons of bonus features to enjoy, Pirates Booty will have you on the edge of your seat from the moment you start playing. Keep your eyes peeled for the rewarding gold Skull coins, as collecting 6 or more will trigger the Winners Fortune – a hold and respin feature with lucrative payouts. Better still, the game comes with a Free Spins round where the wild reel can appear fully stacked for a chance to bag the Grand Jackpot.

If you’re looking for the best pirate slots, Pirates Booty is well worth checking out. With top prizes of 5000x your total stake, the Ruby Play release will not disappoint. 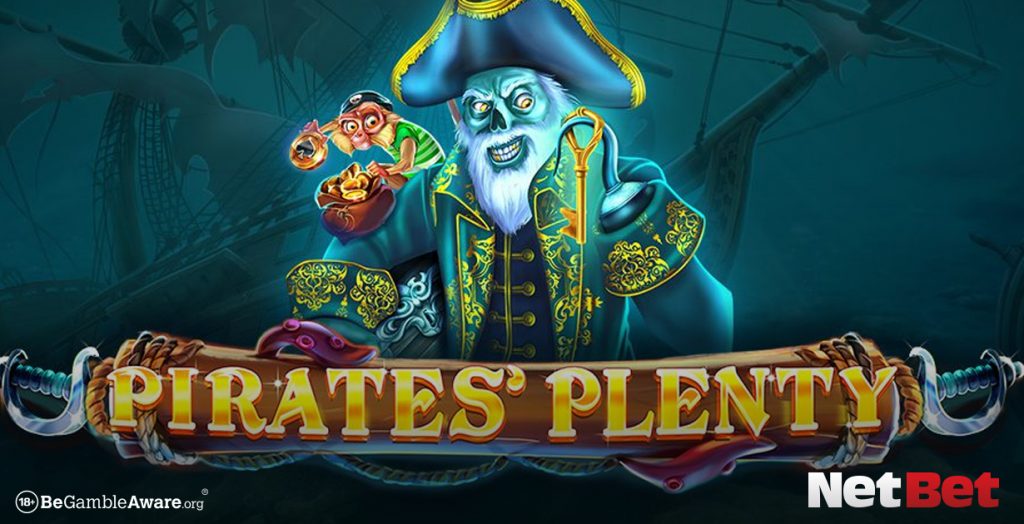 Set sail to forbidden lands in Pirates’ Plenty, a 5-reel, 30 payline slot from Red Tiger Gaming. The slot is equipped with impressive visuals, immersive gameplay and innovative bonus features, so there’s plenty to keep both new and returning players entertained. One of the best things about the slot is the Treasure Reel – a sixth reel that can be triggered for more chances to win. Look out for the treasure map symbol, as collecting these is key to activating the Treasure Reel and potentially winning big.

As you’d expect, this pirate slot machine comes with various theme-fitting symbols including gold coins with gems in the shape of the four playing card suits as the low payers. The more rewarding symbols are the cannon, the bottle of alcohol, a captain’s hat, muskets and a skull. The latter is the most lucrative of the lot, paying up to 50x your stake for a 6-of-a-kind combo.

With tons of bonus features and plenty of winning potential, it’s not hard to see why Pirates’ Plenty earned a spot on the best pirate slots list. If you’re looking to try something new, the Red Tiger Gaming title is certainly worth a few spins. 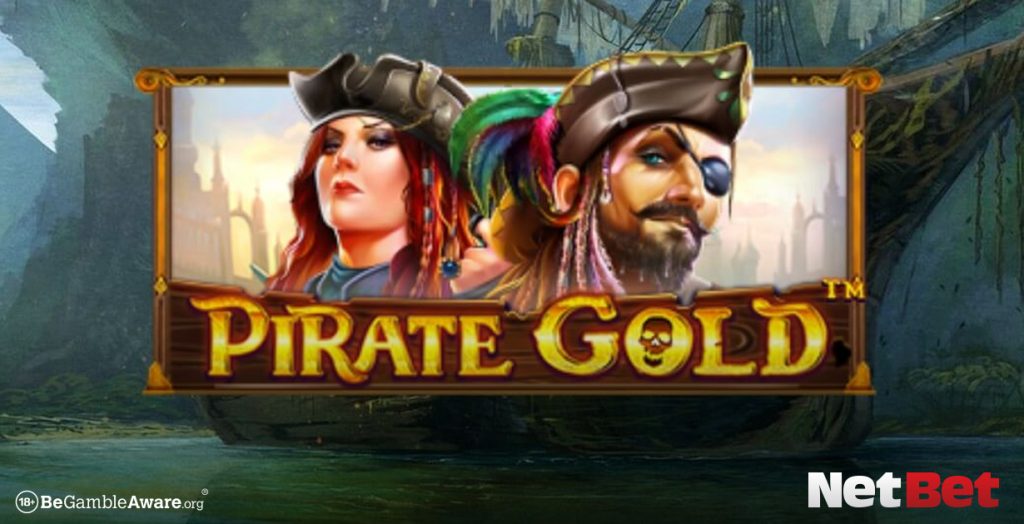 Powered by Pragmatic Play, Pirate Gold is a 5-reel, 4-row video slot with 40 fixed paylines. Playable across all devices, the pirate slot machine can be enjoyed from just 40p per spin on your mobile, tablet or desktop. This slot is highly volatile, with the developer rating it a 5 out of 5 on their scale.

Visually, Pirate Gold is superb. The graphics are a cross between cartoon-style and photorealism, which gives a unique effect that you don’t see often in slot games. The action takes place in a misty harbour with ships bobbing on either side of the reel set. In the background, you’ll see the lively waves and a stunning sunset on the horizon. The reels themselves are set within a wooden frame with the different jackpot prizes shown below. Expect to see various pirate-themed symbols including bronze, silver and gold coins, a hook, a telescope, a treasure map, a ship, a parrot, and two pirates. The pirates are the most rewarding of the bunch, paying 12.5x your stake for 5 on a payline. 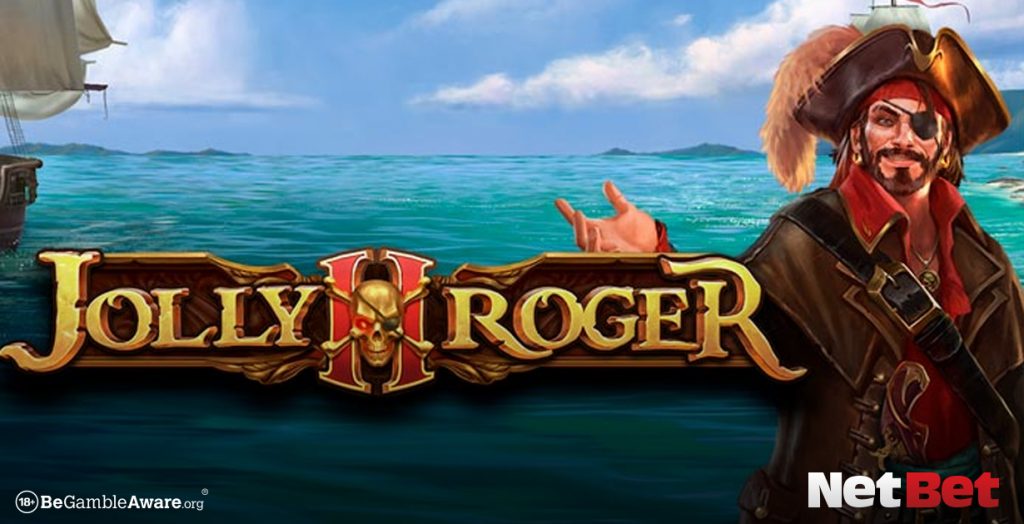 Embark on a quest for sunken treasure in Jolly Roger 2, a 5-reel, 20 payline slot from Play’n Go. The slot is playable from just 20p per spin across all devices, making it suitable for gamblers of all sorts – even those with a smaller bankroll.

Jam-packed with bonus features, Jolly Roger had to secure a place in the top 5 pirate slots. Get ready for wilds, scatters, and a randomly triggered Compass feature where a 10x multiplier is applied to all wins. If that’s not quite enough for you, don’t panic! You’ve also got 4 Bonus Quest features which award instant cash prizes and free spins. If you’re lucky enough to activate the Battle Free Spins feature, you’ll take on British, Dutch and Portuguese warships for extra wilds, transforming symbols, synchronised reels and jaw-dropping multipliers.

With an RTP of 96.2% and a top prize of 5000x your total stake, this pirate slot machine is definitely worth checking out. 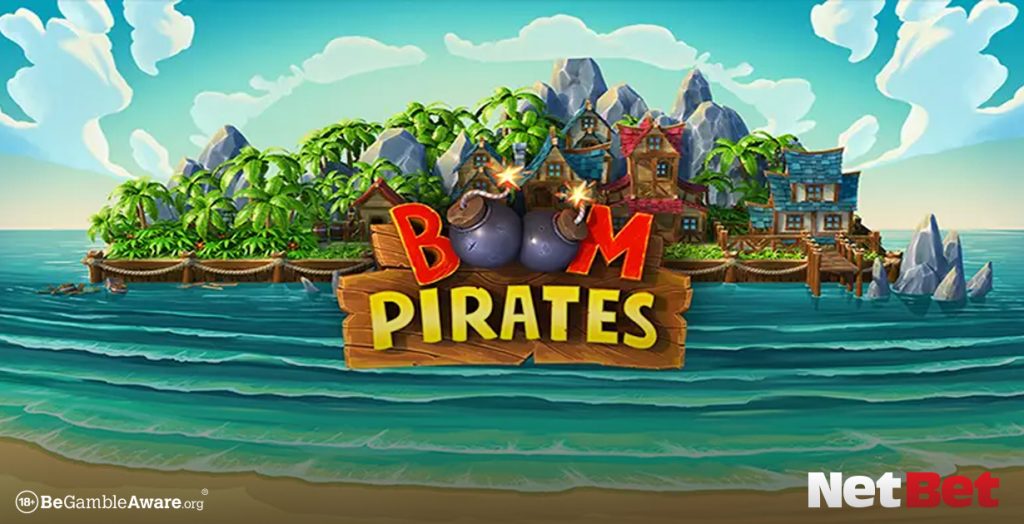 Last on the list of pirate slots is Boom Pirates, a popular release from Microgaming. With cartoon-style graphics and an upbeat backing track, this pirate-themed slot has a fun atmosphere that makes it stand out from the crowd.

The set-up of this pirate slot machine is interesting. Unlike your typical game, Boom Pirates will feature anywhere from 5 to 9 reels, with 4 to 6 symbols on each one. This results in a minimum of 1024 ways to win and a maximum of 10,077,696 – impressive, right?! In addition to the Wonderways system, the slot comes with Free Spins and a Boom Pirates bonus, so there’s plenty to keep you on your toes. In terms of payouts, the most you can pocket from this pirate slot machine is 3,800x your stake. When playing with the maximum wager, this equates to £190,000.

Is Boom Pirates worth a few spins? We think so! With impressive graphics, innovative bonus features, and decent winning potential, Boom Pirates is one of the best pirate-themed slots out there.

If you’re looking to try something new, the pirate-themed slots above are great options. At NetBet, we have a variety of standard slots online, blackjack and live casino games for you to choose from – including these pirate games above.

Game Review of the Week: Curse of the Werewolf Megaways
How to Play Caribbean Stud Poker