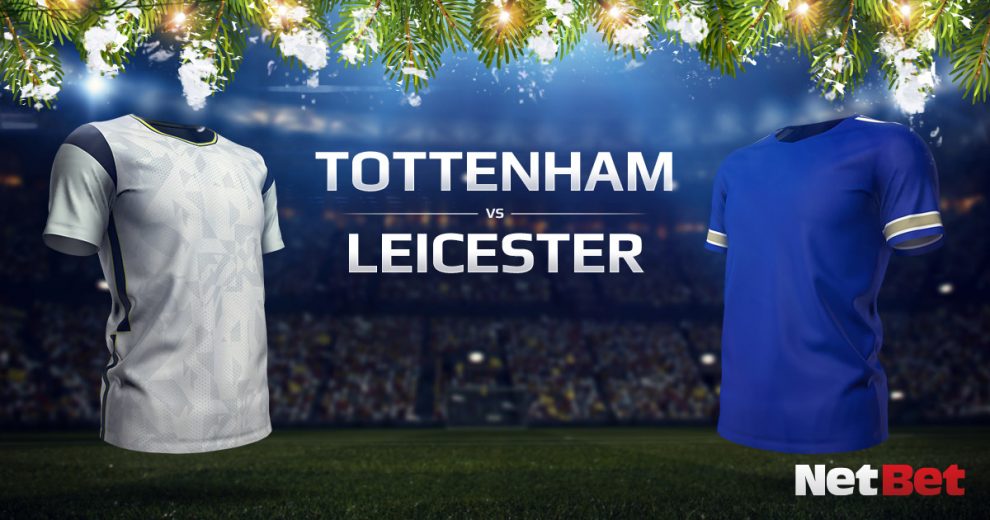 The Premier League continues to churn out the fixtures and this December has been absolutely hectic for all 20 sides as they jostle for position heading into 2021.

There have been some big games served up over the past few weeks and we hit another on Sunday as Spurs take on Leicester City at the Tottenham Hotspur Stadium (kick off 2.15pm).

Both teams certainly harbour aspirations of finishing in the top four and Spurs and the Foxes are currently sitting pretty in the upper echelons of the top half.

However, both sides lost their previous fixture. Spurs lost in the dying minutes to title rivals Liverpool at Anfield on Wednesday whilst Leicester went down 2-0 at home to Everton.

With a punishing schedule coming up, neither side will want to lose ground at the top so this is a pivotal clash. Check out our Tottenham vs Leicester City prediction and at NetBet, you can find the latest odds on this fixture as well as a whole host of other sport betting.

Jose Mourinho and Brendan Rodgers will be pleased with where their respective sides find themselves in the table. However, with the table so bunched up, a couple of defeats in a row could see Spurs or Leicester slide down the league.

Were Spurs unlucky against Liverpool? Mourinho seemed to think so and they did have their chances in the second half, with Steven Bergwijn and Harry Kane missing glorious chances.

Being back at home will likely see Spurs play more expansively. With Kane and Heung-Min Son is such good form for the hosts, Leicester will have to be on their guard.

The Foxes are yet to draw a game in 13 league fixtures this term but have beaten the likes of Man City and Arsenal on the road so the test at Tottenham should hold no fear for them.

We think Spurs will edge this one and Kane has an incredible record against Leicester. Should be a corker of a match though with some in-form attackers on show.

Along with this match, you can check out all the latest football betting odds for a whole host of games this weekend!

Gareth Bale is likely to be missing again as he tries to overcome a shoulder injury. Defender Japhet Tanganga is out for three weeks with a knock but other than that, Mourinho is unlikely to make too many changes to his starting XI.

Jonny Evans is back following a one-match ban which forced him to miss the defeat against Everton. The Foxes are hopeful of welcoming Timothy Castagne back following a spell on the sidelines by Caglar Soyuncu is still out.