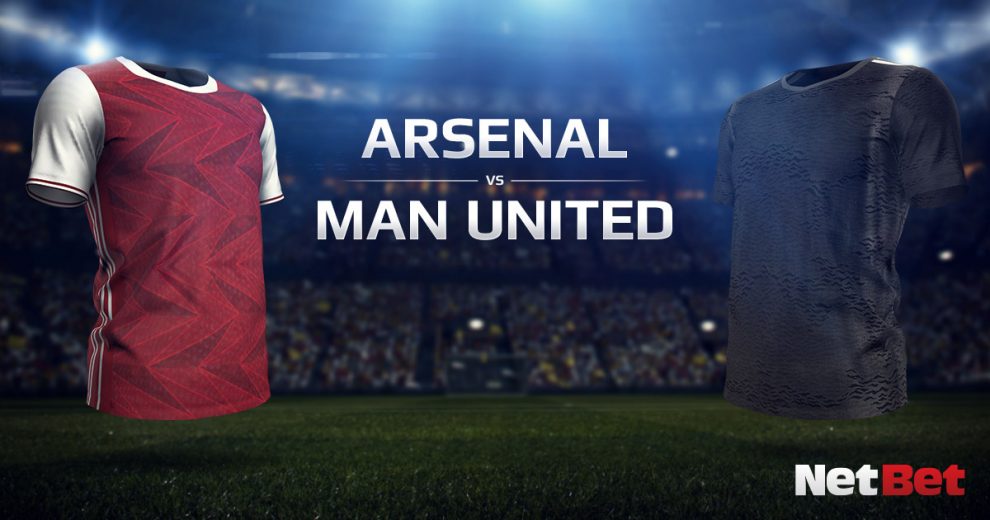 Our expert tipster’s Arsenal vs Manchester United betting tips are favouring a score draw. With both sides in decent form in the Premier League, this should be a match to savour on Saturday evening.

In years gone by, this would be billed as real heavyweight title clash between two sides who dominated the Premier League in the late 1990s and early 2000s.

Both sides have seen legendary managers, Arsene Wenger and Sir Alex Ferguson, leave their roles in the past few years and the clubs have tried, and mainly failed, to replicate the success of those two gentlemen.

Now, the clubs have two former players in charge who were fan favourites at their respective clubs.

Mikel Arteta and Ole Gunnar Solskjaer have had their critics but both have been given time to build their squads and the decision not to cast them aside is paying dividends.

United sit second in the Premier League, albeit off the back of a shock defeat at home to a struggling Sheffield United on Wednesday evening.Solskjaer will hope that is just a minor bump in the road and he is hoping his side can bounce back against one of the Premier League’s form teams. Their away form has been exemplary, with United unbeaten on their travels so the Red Devils will be confident they can keep that run going.

Arteta’s men have been equally impressive recently. Questions were being asked a couple of months ago regarding the Spaniard’s future as the Gunners were turning in laboured performances, both at the Emirates and away from home. However, that form dramatically turned around over the Christmas period and they are now up to ninth, just four points off the coveted Champions League spots.

They have been resilient in defence, with just one goal conceded in their past five games and come into this encounter brimming with self-belief after an emphatic 3-1 win at high-flying Southampton.

With matchwinners on either side, it should be an entertaining evening. What we expect is a score draw and United to keep up that impressive away record.

The Portuguese has been an inspired signing since joining the Red Devils a year ago. In all competitions this season, Fernandes has played 30 games, bagging 16 goals along with 10 assists. You can see how influential he has been since joining United and has made himself into one of the Premier League’s top performers.

He is lethal from set pieces and scored a wonderful free kick in United’s thrilling 3-2 FA Cup win over Liverpool last weekend.

United need to bounce back after their midweek defeat against the Blades and no one will be more determined than the Portuguese superstar to fire the Red Devils back to the top of the league.

With United unbeaten away and Arsenal unbeaten in 2021, a draw looks the sensible bet. Although Arsenal have been very secure in defence in recent weeks, they have played the likes of Newcastle and West Brom, two teams who are suffering in front of goal. Against United, it will be a different kettle of fish.

Alongside Fernandes, this game is littered with players who can come up with flashes of genius. Paul Pogba, Edinson Cavani, Bukayo Saka and Alex Lacazette are likely to play some part and that quartet are vital for their respective sides.

A high-scoring draw and a game to keep supporters on the edge of their seats is very likely. Or considering the form Arsenal are in, how about getting on the NetBet Boost we have on offer? The Gunners were 5.00 to win to nil and now they’re 5.50!

The Gunners could themselves be boosted by the news that club captain Pierre-Emerick Aubameyang may return to the starting line-up. Arteta could still be without Kieran Tierney but probably won’t make too many changes after the impressive victory at Southampton.

Solskjaer has a dilemma; should he make wholesale changes after the shock loss to Sheffield United or rely on that starting XI who made a mess of that game? The likelihood is possibly Cavani coming in for Anthony Martial and Luke Shaw in for Alex Telles.

*Odds are correct at the time of publication and subject to change.