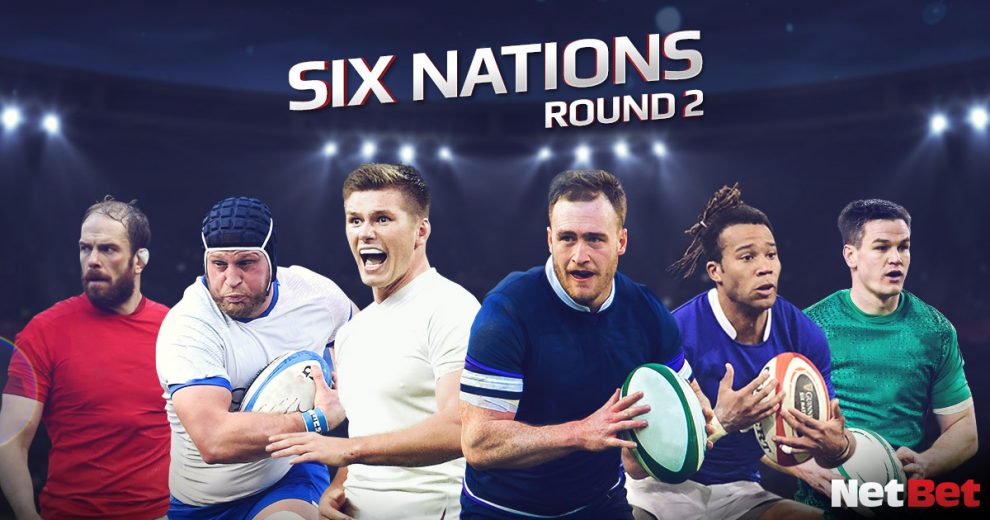 After an opening weekend that saw Scotland pull off a giant upset against reigning champions England, the Six Nations is looking like a totally different tournament. France unsurprisingly put Italy to the sword with a dominant bonus point win, while Wales squeezed past Ireland in Cardiff 21-16 to set us up for a mouth-watering Round 2.

Round 2 fixtures and TV schedule

This weekend, we kick off with England expected to get their first win on the board against Italy at Twickenham, before a match with huge Triple Crown implications at Murrayfield later in the evening when Scotland host Wales. Then on Sunday, France travel to Dublin’s Aviva Stadium looking to pick up their second win and solidify their position at the top of the Six Nations standings.

Here’s all you need to know ahead of this weekend’s Six Nations Round 2 fixtures:

Eddie Jones’ troops may still be in shock after last weekend’s stunning Twickenham defeat to Scotland, so the visit of an Italy team still reeling from a hammering against France last week will be just what the doctor ordered.

Bookies are just as confident as the public that England will pick up the win this weekend, with Italy priced at an unbelievable 20/1 to pick up what would be their biggest ever Six Nations result, while scraping a draw would be worth 37/1. There isn’t much value to be found in a match like this, but we like the possibility that should England earn the bonus point, Italy may sneak in late to score last at 3/1. It’s also 3/1 for them to score first, which is always a possibility, particularly in this most strange of tournaments.

If you’re interested in a slightly bigger wager, England’s highest-scoring half being the first is 13/10, which if they storm out of the traps with redemption for last week on their minds could very well happen.

There will be only one potential Triple Crown winner by the end of the weekend when Scotland host Wayne Pivac’s troops on Saturday evening. Both sides have been forced to make changes; Jamie Ritchie, Sean Maitland and Cameron Redpath drop out of the Scottish team, to be replaced by Blade Thomson, centre James Lang and winger Darcy Graham, while Wales welcome back Liam Williams to their changed XV.

The odds would indicate that this is the plum clash of the weekend, and Wales winning at 7/4 seems an intriguing bet considering what they did against Ireland. Of course, Scotland will now be in the driver’s seat for Triple Crown glory, and they’re favoured at 2/5 this weekend, but the Welsh looked strong last weekend and these are famously competitive games. Should the hosts pick up the win, it would be another history-maker as their first time picking up back-to-back wins their opponents in almost two decades (it last happened in 2003).

As expected, France will be favourites when they arrive in Dublin on Sunday afternoon after both sides’ respective starts to the tournament. However, this game has potential to switch the dynamics of the whole Six Nations as Andy Farrell’s troops look to upset the apple cart, and kickstart their own season.

France handily put Italy to the sword in Rome last weekend while Ireland couldn’t get one over on their hosts in Cardiff, but the Irish will certainly have positives to take from their own performance in the opener. There’s not much you can take from an obliteration, like we saw from Les Bleus last week, but Ireland’s defensive line-out was impressive, and they showed signs of being a team who can hold the ball and pile on pressure at speed.

The price for the hosts getting their first win on the board is 27/10, while if France continue their path to the title in an empty Aviva Stadium, that’s 10/19. It’s always a huge risk to bet on draws in rugby, but 17/1 seems a little bit tasty, considering their near neck-and-neck recent record against each other. Ireland winning the race to 10 points at 6/5 might also be worth a flutter, and seems a little bit less risky.

How to bet on the Six Nations

NetBet Sport has a wide selection of Six Nations betting markets available ahead of each round of fixtures. During the tournament you will be able to bet in our Rugby Union betting section.