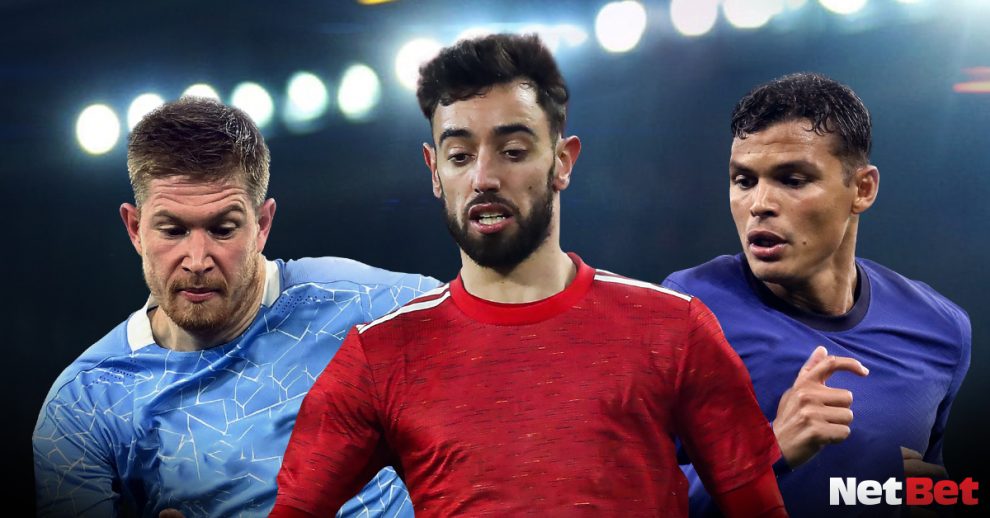 Our expert tipster has cast their eye over this week’s Premier League Fixtures on a week where the title was just wrapped up. He’s picked some of the best bets available on NetBet Sport football odds page.

We have included some games that were rescheduled from a few weeks back.

We just saw this game play out a matter of days ago, and this is the rescheduled match from January. Villa won 2-1 at Goodison Park, with Anwar El Ghazi’s goal the difference in a razor close game. We picked a draw last time due to how hard it is to split these two teams, despite Everton’s much more impressive league standing. It won’t be a great deal different this time out, and we’re still backing the draw.

The whole complexion of this fixture has changed so much since it was postponed due to a protest a few weeks ago. Last time out, Manchester United progressed in the FA Cup after a remarkable game that ended 3-2 to the current Premier League second-place side. Just a week earlier, they played out a drab 0-0 league draw, and despite Liverpool struggling to make an impression during their first title defence in decades, we always expect them to go to Old Trafford and give their best. We’re going for a Manchester United win here despite their disappointing loss to Leicester City.

There was a chance that City were going to need to win this game to secure the league title, which would have made this result a no-brainer. However, with a few players with an eye on guaranteeing a Champions League final spot, we still expect to see whatever team Pep Guardiola puts out performing at their best. Ferran Torres and Ilkay Gundogan both scored last time out to give City a 2-0 win at the Etihad, and despite Newcastle’s impressive defensive outings of late, we don’t see any way Steve Bruce’s side pick up points here.

Burnley to draw at home with Leeds United – 5/2

A fifth-minute Patrick Bamford strike separated these sides in a dour game earlier in the season, but we are struggling to see any goals in this one. A 0-0 draw is priced at 34/5, which seems like fantastic value all things considered. To be fair to Burnley, they haven’t been held scoreless since February 28th, and if they were able to put four past Wolves, it’s definitely conceivable that they could perform very well against the Elland Road outfit. Regardless of the result, this game likely won’t be much of a barn burner.

Southampton have had a decent season that brought them to the FA Cup semi-finals, and they will hope to keep up momentum with a win over Fulham. This fixture ended 0-0 last time out, but we are expecting to see Southampton score another big win. They’re coming off the back of a 3-1 win over Crystal Palace during the week, but their last match with Fulham was a 0-0 draw earlier in the year. They knocked on the door throughout the 90 minutes, but Ralph Hasenhüttl’s men couldn’t break down the stubborn defence posed at Craven Cottage on Boxing Day. Danny Ings is 33/20 to score anytime, which we think sounds like a good bet for this weekend.

Graham Potter’s side were just beaten by Wolves, and we can’t see them getting a big win against top four challengers West Ham. The Hammers couldn’t beat Brighton at the London Stadium earlier this season, drawing at home in a four-goal thriller that cost them two vital points on their race for fourth place. Jesse Lingard is 19/10 to score anytime, while Aaron Connolly is 3/1 in that market. Both would be worth a look, but we really love the 6/4 odds on a West Ham away victory at the Amex Stadium.

Last time out, Villa handily took all three points from Crystal Palace in Birmingham. Bertrand Traore opened the scoring before Kortney Hause and Anwar El Ghazi rounded out a comprehensive victory, which we expect to see repeated, if not by as big of a margin. There are only seven points separating the sides, but Villa have played on less game this season. A repeat of the most recent 3-0 scoreline is priced at a massive 18/1, but we prefer to just bet on a safer Villa win.

We wouldn’t be surprised to see this one end in a draw, which is priced at 17/5. However, we expect Spurs to have too much firepower, even now as the season begins to shudder to an end, for Nuno’s struggling Wanderers. A late Romain Saiss equaliser back at the end of of 2020 cancelled out a Tanguy Ndombele goal from the opening minute, but since then Wolves haven’t looked even close to as good as they can. We expect to see Spurs score more than once this Sunday afternoon.

This is another game where the odds on the draw (5/1) look appealing, but it’s just too hard to advise against the heavy favourites. Liverpool couldn’t put West Brom away at home, and very easily could stutter at the Hawthorns on Sunday evening. But the stakes are so high and Jurgen Klopp’s men know this season will go down as a complete disaster if they can’t reach fourth. They’ll struggle to do that if they lose points here, so we’re backing a Liverpool win.

There isn’t a great deal to say about this game. Sheffield United were the first team relegated this year, and it’s almost impossible to back them against anyone in the league. We’ve gone for an Everton win here.