Even if you’re new to the world of casino, you’ve probably heard of Blackjack before. The game has been a favourite of many players for years, as it combines strategic thinking, fun, and risk in a very balanced way. If you have never played Blackjack, you can do so very easily. The rules are very simple and with just a few minutes of practice, you too can enter the exciting world of Blackjack. But how did this popular game start and what has been its evolution through the years? In this article, we explore the history of the game, its evolution, and its basic rules. If you’re a Blackjack enthusiast or if you’re a newbie and want to learn the basics, then sit back and read the wonderful history of Blackjack.

Card games seem to have begun in the 9th century in China. Based on reports that have been found, a princess of the Tang dynasty was the reincarnation of cards. The ancient Chinese decks of cards were called “money cards”. Essentially, there were four different suits and each card depicted symbols. This can be considered the precursor to today’s playing cards. On these particular cards, the Chinese had added numbers in an attempt to prioritize them. For several centuries the first playing cards remained in China, but in the 14th century, traders brought the game to the European continent. At that time, a deck of cards contained 52 cards. In terms of the symbols they featured, these were, among others, Spades, Clubs, Hearts, and Coins.

The First Deck of Cards in Europe

When the dealers brought the deck of cards to Europe, the spread of the deck was very rapid. It is worth mentioning that the first to be lucky enough to see this new game were the Kings of the lands. Due to the spread, the game began to evolve, as from country to country the number of cards and symbols changed. The deck of cards, as we know it today, took shape towards the end of the 15th century in France. According to the French model, the deck of cards has 4 suits: Hearts, Diamonds, Clubs and Spades. It was at this time that figures appeared on the cards. Given the period, Europeans drew their kings on cards. The result is that there is the Jack, King and Queen as figures in the deck.

Everyone’s favourite Blackjack has its roots in 17th century France. The original form of the game, called “Vingt et Un”, or twenty-one, evolved over the years to the form we know today. Even today, some believe that “Vingt et Un” was the product of a combination of two other French games that were popular at the time. In practice, Vingt et Un follows almost identical rules to Blackjack. The only difference is that in the French version of the time, it only allows the dealer to double down.

Blackjack As We Know It Today

Already in its early years, the game managed to gather a lot of fans. Its popularity grew year by year in Europe. In America, the game arrived in the 19th century through French immigrants. New Orleans was the hub for the spread of the game to the United States. As the game had all the elements that made it fun and profitable, its popularity skyrocketed in a very short period of time, and its evolution was not long in coming. In Nevada, the city of gambling and casinos, the game took its final form. Essentially, to make the game attractive to players, the casinos added a detail, that of a bigger payout. The game was named Black Jack, or Blackjack, after the player who probably had the Jack of Spades and Ace of Spades in his first two cards.

The Rules of Blackjack

The game is quite popular because it has very simple rules. It doesn’t take much to understand how to play the game. With just a few minutes you can start playing. In Blackjack each player plays against the dealer. According to the rules, the object of the game is for the player to accumulate a total of 21 points. Winning can be achieved as well as with a lower sum, as long as it does not exceed the number 21. In Blackjack each player can follow his own tactics. Several players, who love to take risks, aim for a total of 21 points. Beware though, this way of playing involves risk as you never know what cards the dealer has.

In the game, cards 2 through 10 are worth their respective values. If your card contains a figure, then that card is worth 10 points. Additionally, the Ace can have two values, 1 and 11. If this happens, then you determine what its value is, depending on what suits you.

The biggest win you can get in this game is to win Blackjack. This will happen if your first two cards are an ace and a 10-point card, meaning either a figure or the number 10 card. In the event that the sum of the points on your cards exceeds the 21-point limit, you lose and must burn your cards. Blackjack is one of the most beautiful and exciting games that one can play in a casino or even online. Give it a try and explore all that the game has to offer.

Blackjack is definitely one of the most fun games you’ll find in a casino. But the best way to practice before you join other players at the table is to play the game online. Register at NetBet Casino today via your mobile, tablet or computer and enjoy the unique action that the game gives.

Remember to always gamble safely. For more information on responsible gambling and to learn more about tools available for our players visit our Responsible Gambling page in our Help Centre. 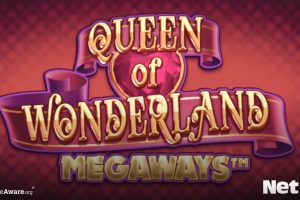 Game Review of the Week: Queen of Wonderland Megaways 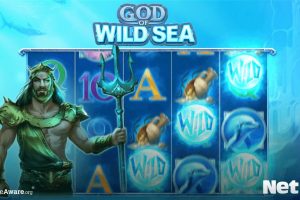 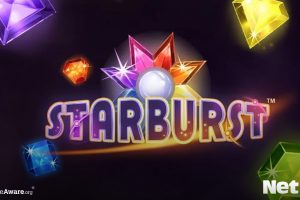