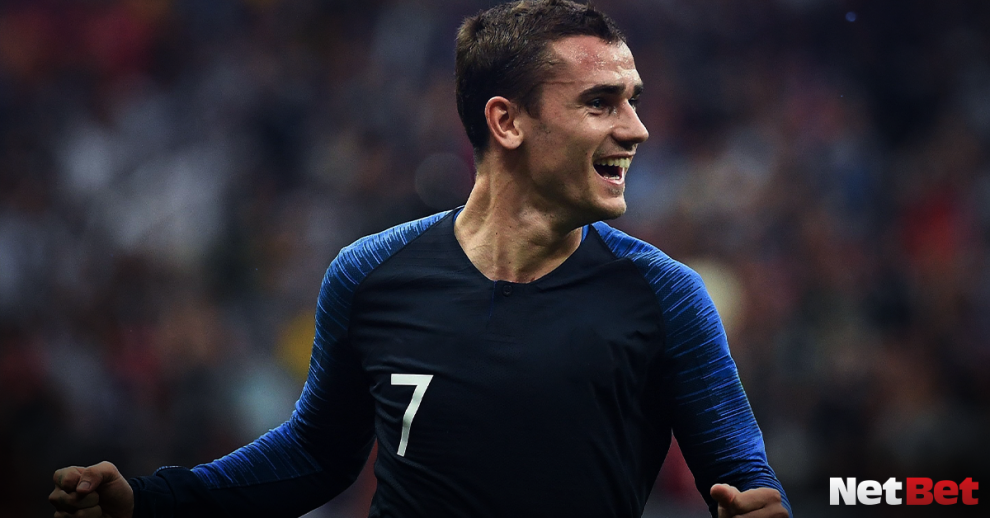 France are world champions, and the favourites to win Euro 2020. Here at NetBet, we have the French priced at 9/2 ahead of England, Belgium, Germany and Spain, which is a good price considering the team they have at their disposal. They had to overcome fellow Euro hopefuls Croatia (who we have priced at 33/1 to win the whole thing and 11/1 to make the final) in Russia in their World Cup triumph, and are believed to be the best team in the world.

Top Real Madrid striker Karim Benzema has returned to the squad for the first time since being frozen out of the squad in 2015 after allegations, which he has denied, that he was involved in the blackmail of teammate Mathieu Valbuena. “It was a special day,” Benzema told L’Equipe in an interview about getting the call.

“I received a lot of messages, there were rumours. I was waiting like everyone else, in front of the TV. I was really happy… It happened really fast, it was a feeling of joy and pride. I remembered all the moments when I never gave up. It was a little shocking, it’s been a long time!”

French boss Didier Deschamps added: “Why now? I don’t have the capacity, nobody has, to go back and change anything. The most important is today and tomorrow.

“There were important steps. A very important one. We saw each other. We discussed it at length. After that, I had a long reflection to come to this decision today.

“I will not reveal a word of the discussion, that concerns us both. I needed it, he needed it I have already been confronted with difficult situations, I have always ignored my personal case.

“The France team does not belong to me, even if I am well aware that the responsibility that I have is important, by the choices that I have to make.”

Elsewhere, they have some of the greatest players in the world among their squad, with Kylian Mbappe and Antoine Griezmann up top with Benzema, and Chelsea’s N’Golo Kante joining Manchester United star Paul Pogba in the centre of the park. Hugo Lloris is considered one of the best goalkeepers in the world and he’ll be pushed for his place by Steve Mandanda. They’ll have to beat out some mighty contenders to get to the knockout stages, with 2014 World Cup winners Germany their opponents in the first game of the tournament. Then they’ll face host country Hungary in front of a capacity crowd, before playing 2016 winners Portugal, who boast arguably the world’s best player in Cristiano Ronaldo among their ranks. There’s a number of pundits and well educated football minds who legitimately believe that France will win every game in this group.

Last time the French played Portugal, they picked up an away win in the Nations League late last year. However, the stakes are notably higher this time around, so expect a much improved performance on both the French and Portuguese sides. They’ve got two away trips this tournament, playing Germany in Munich before going to a jam-packed stadium in Budapest to face Hungary. They should have the firepower in front of goal to beat any one of these sides on their day, it’s just about consistency for the French. Pogba looked pretty good this year for United, while Mbappe was the shining light in a relatively disappointing Ligue 1 season for PSG where Lille narrowly beat them to the title and they couldn’t make the Champions League final, once again. Expect to see a slick counter-attacking game from Didier Deschamps’ men this year, with Paul Pogba getting back to start moves that hopefully end with Antoine Griezmann, Karim Benzema or star player Kylian Mbappe. It really looks like things are peaking at just the right time for the French this time around and they could be heading for a second successive major trophy on the way to emulating the legendary 2008-12 Spain team that won two Euros and a World Cup in an historic run.

If you’re putting money on France to win it all, or looking for other big Euro 2020 bets, make sure to head to the NetBet Football page.