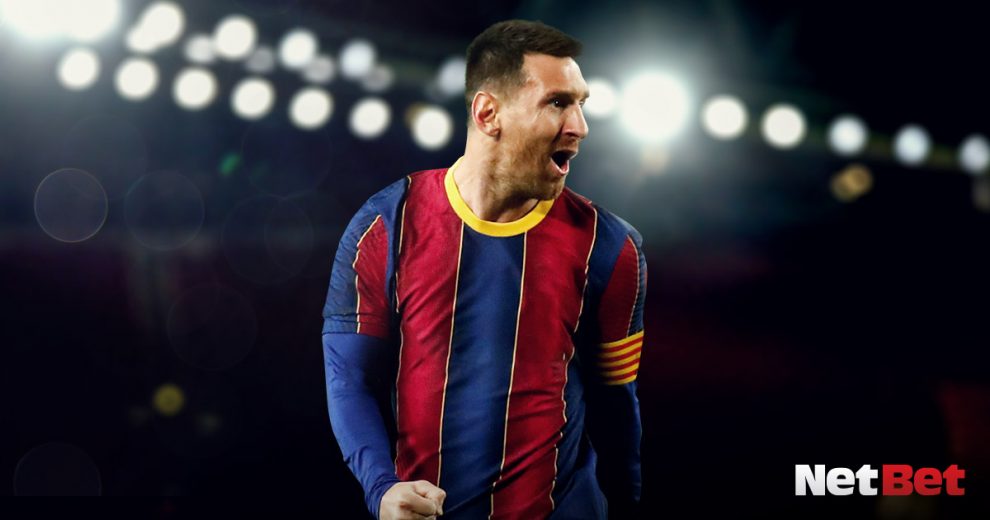 Football odds can cover everything from goals scored and scorers to times of goals, amount of yellow cards etc. It’s what makes football betting fun. Although the games mentioned below won’t have the need to have used Premier League odds, there will always be more than enough sports betting on these matches to keep punters happy.

El Clasico. The greatest football match on the planet. When these two Spanish behemoths come face to face, the world watches. Whether the game is played at Camp Nou or the Santiago Bernabeu, excitement and goals are almost always guaranteed. In 2021/22, for the first time in 12 years, a Clasico took place without either Lionel Messi or Cristiano Ronaldo. The narrative therefore may have changed, but new protagonists will ensure that the fixture is always front and centre.

Right back to the days of Alfredo di Stefano and Ladislao Kubala in the 1950s, El Clasico has always captured the public’s imagination. Barcelona being the first club to knock Real Madrid out of the European Cup, Johan Cruyff inspiring a 5-0 win for Barca as a player in Madrid, another 5-0 from Cruyff’s dream team in the 1990s, the famous pig’s head thrown at Luis Figo after he joined Real from Barca… Michael Laudrup and Ronaldo Nazario are two others to have played for both sides, though neither were reviled in quite the same way as the Portuguese.

Not to mention the 2-6 (known as the Dos Seis in Spain) when Messi played in the ‘false 9’ position for the first time, the 5-0 from 2010 when Pep Guardiola’s Barca destroyed Jose Mourinho’s unbeaten Los Blancos in what has been termed ‘the best club performance of all time,’ and the series of four Clasico’s in 18 days in 2011.

This will always be the No.1 fixture in world football every season.

The Derby della Madonnina is always played at the Stadio Giuseppe Meazza, otherwise known as the San Siro. That’s because, uniquely in today’s game for top-flight sides, both AC Milan (Rossoneri) and Internazionale (Nerazzurri) play their home games at the iconic stadium. The first match between them came way back in 1908, though it would not be until the 1927/28 season that they played each other on a regular basis. Some highlights have included seeing brothers Franco and Giuseppe face each other in the derby during the 1979/80 season, and watching Arrigo Saatchi’s Milan, that included Marco van Basten, Ruud Gullit and Frank Rijkaard take apart their biggest rivals.

More recently, Inter have held the upper hand in the fixture. Indeed, since 2005/06, the Rossoneri have only managed 10 wins in 35 derby games with six drawn. Ronaldo Nazario has also had the honour of playing for both of these Italian giants too, and when he netted for AC in his final season in professional football, he became the only player to score for both teams in El Clasico and the Derby della Madoninna. Zlatan Ibrahimovic is another to have worn the shirt of both, as have Edgar Davids, Leonardo Bonucci, Patrick Vieira, Mario Balotelli and many others.

Der Klassika has almost always favoured the Bavarians who have handed out some real beatings to Dortmund in this fixture. It’s a relatively recent rivalry, given that the first game between the sides didn’t take place until 1965. The biggest game between them in recent times was the 2013 Champions League final, a match which Arjen Robben won for Bayern in the final minute of the match at Wembley Stadium. A 6-0 for Bayern in 2018 was their largest margin of victory since an 11-1 scoreline some 47 years previously, with a 4-4 draw in 1978 another impressive game for the purists.

Intriguingly, if it weren’t for Bayern, then Dortmund may well have gone out of business in the early 2000’s as they fell into debt and it was their biggest rivals who bailed them out financially. Mats Hummels, Mattias Sammer, Mario Gotze, Ottmar Hitzfeld and Robert Lewandowski are five players that have played for both sides.

Le Classique is the most recent of the big European rivalries having not come into existence until December 1971 when Marseille recorded a 4-2 win over PSG. The Parisiens were founded just a year earlier, and it would take them until 1986 to win their first French title. Around the same time Marseille were bought by Bernard Tapie, and so began the rivalry which is still as fervent today as it always was. Tapie was accused of match fixing by PSG which clearly stoked the fires, and some of his purchases – Eric Cantona, Didier Deschamps, Chris Waddle et al, were first class.

Canal+ TV channel bought PSG in 1991 to level the playing field, and the additions of David Ginola, George Weah and the like at PSG kept things interesting. Other high-profile players to play in the fixture are record scorer, Zlatan Ibrahimovich and David Beckham, with new PSG owners, QSI, taking things to another level entirely. Since their takeover, the world’s best players have been on their payroll, and they’ve won 19 out of 24 Classique fixtures.

The Derby della Capitale. Another fierce derby match from Italy’s Serie A that is always watchable fare with no quarter asked or given by either side. The first recorded game between the two came in December 1929, a match which ended in a 1-0 win for Roma. Some memorable highlights include Paul Gascoigne’s first goal to announce himself to the Italian public back in the 90s, and Paolo di Canio’s fascist salute in 2005 after a 3-1 victory. The former West Ham star was rightly condemned around the world. The year before, the match had to be suspended – later postponed – after a riot in the stands led to the stadium being set on fire and multiple casualties.

On a lighter note, Francesco Totti’s selfie with Roma fans to celebrate him becoming the highest scorer in the fixture in 2015 went viral around the world. Incredibly, it wouldn’t be until 2013 that they would meet in the Coppa Italia final, won by Lazio. Roma have 72 wins to Lazio’s 55 in the all-time record. Vincezo Montella’s four goals in 2002 as Roma ran riot will take some beating, whilst Lazio’s best-ever win, 3-0, came in 2006. One of the greatest ever match-ups was the 4-2 Lazio win in 2009, which also included two red cards in a superb advert for Italian football.