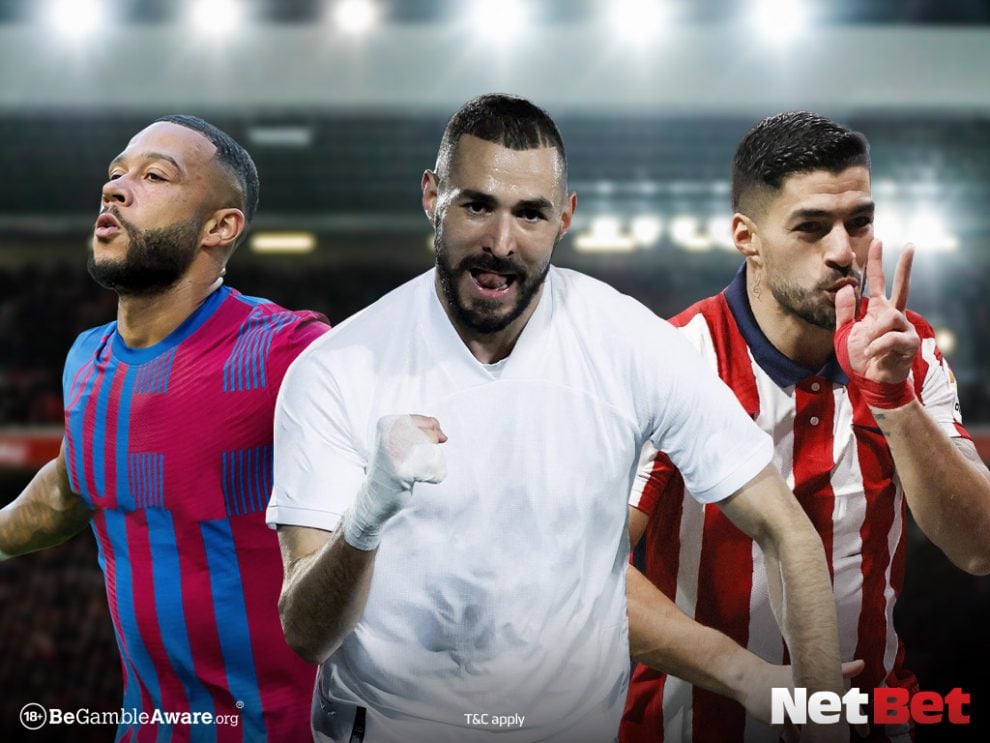 Our expert tipster at NetBet has taken a look at a number of football betting tips from around the continent this weekend and has put together his top selections from all of Europe’s biggest games.

In the Spanish top flight, it was both Real Sociedad and Sevilla who slipped up last time out, allowing Real Madrid some breathing space at the summit of La Liga. Los Blancos steamrolled past Granada to cement their place as favourites to win back the title, with Vinicus Junior continuing his fine form with his eight goal of the season. Barcelona got back to winning ways with a 1-0 win over Espanyol in Xavi’s homecoming. Already 10 points behind rivals Madrid, it looks an impossible task for them to catch the league leaders, but if anyone can do it, it’s Barcelona.

Dortmund closed the gap on Bayern Munich in the last round of Bundesliga fixtures, with Julian Nagelsmann’s side losing 2-1 to Augsburg. Robert Lewandowski’s 14th goal in 12 league games was not enough to pick up the three points in a game which the visitors dominated. Marco Rose was able to capitalise on the Champions’ shock defeat and Dortmund beat Stuttgart 2-1 thanks to a late winner from captain Marco Reus. The German giants have already established a gap between themselves and the rest of the league, and we are set for another two horse race for the Bundesliga title.

There is no sign of a two horse race over in Ligue 1. A 3-1 win over Nantes saw PSG climb 11 points clear at the top of the table in France. Nice look to be the next best, with French wonderkid Amine Gouiri scoring a brace against Clermont to take his tally to eight goals and four assists for the season. Despite Lille’s Jonathan David sitting at the top of the league’s top goalscorers, the Champions look dead and buried already with just 17 points from their opening 14 games.

A 3-2 defeat for Napoli at the hands of Inter Milan tightened things up at the top of Serie A. The win took Simone Inzaghi’s side to within four points of the top two, with AC Milan failing to capitalise on the league leaders’ slip up. Things could get even closer this weekend as Napoli face a tough visit from Lazio, whilst AC and Inter face much simpler tasks on the face of it.

Although Barcelona have had a relatively poor start to their campaign, they are bound to start firing eventually with the quality in their side and a new manager at the helm. Memphis Depay is in electric form and should lead his team to victory against an inconsistent Villarreal.

Dusan Vlahovic simply can’t stop scoring. His brace either side of Zlatan Ibrahimovic’s goals secured Fiorentina the win in a seven goal thriller against AC Milan. They can hang with the best on their day.

There isn’t an awful lot of hope for the home side in this one. Kylian Mbappe is firing, and even if he doesn’t show up, either Neymar or Lionel Messi will. PSG probably have three different line-ups capable of winning this tie.

Just when you think Leipzig are starting to put together a run towards the top, they go and lose 2-0 to Hoffenheim. The quality is there in abundance, but the consistency is not. Leverkusen are on a decent run of form and will give the home team a good game.