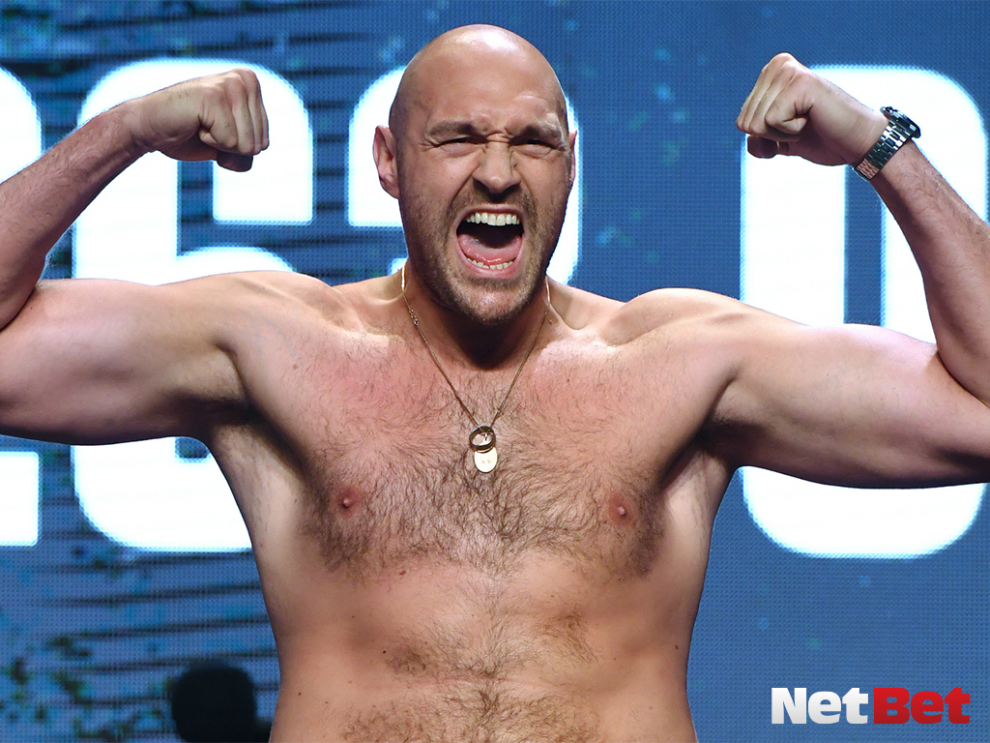 It may not be the all-English bout that the world has been waiting for, but Fury vs Whyte is still a mouth-watering fight between two of the world’s most skilled and dangerous heavyweights. The two will go to war in front of a packed out Wembley Stadium this weekend, with the WBC crown on the line.

We’ve previewed the upcoming fight and provided our betting tips to help with your picks this Saturday. Check out NetBet’s latest boxing odds, or head to our blog for more tips on the weekend’s sport.

Reigning WBC and Ring champion Tyson Fury has been threatening to retire following Saturday’s fight, but the sceptics among us can’t help but think a win this weekend perfectly sets up a tantalising bout with the winner of Anthony Joshua vs Oleksandr Usyk. That being set, the Gypsy King still has a job to complete, and although the bookies aren’t making much of the threat posed by Whyte, the challenger has been steadily improving.

Since his defeat against AJ in 2015, Whyte has bounced back in remarkable fashion. An 11-fight win streak following that loss was ended by Alexander Povetkin in 2020, a defeat which Whyte avenged the last time he stepped into the ring. Despite that fourth round knockout of the Russian taking place over a year ago, the Jamaican-born power-puncher will be confident in his chances of upsetting the odds in front of 90,000 at Wembley this weekend.

Fury’s last fight was significantly more recent – a memorable 11th round knockout of Deontay Wilder in their trilogy fight. The stoppage solidified his position as the world’s number one ranked heavyweight, despite Usyk occupying a number of the belts. The way in which Fury was able to beat Wilder has led many to believe this will be a one-sided affair.

The American is arguably the biggest knockout artist the sport has seen, and if Fury can survive three fights with him, why should he be troubled by Whyte’s power? There also seems to be a gulf in technical quality – Fury has outboxed some of the best technicians in the sport. His fights with Wilder also highlighted the power in his own hands, combining relentless stick and move boxing with precision to stop the former champion on two occasions.

Tyson Fury will come into this fight with a 31-0-1 unbeaten record, leaving him as a strong favourite amongst the bookies at 1/6. Dillian Whyte also boasts an impressive record of 28-2-0, but will enter the ring as underdog at 15/4.

*Odds correct at the time of publication and subject to change.

It’s Fury’s constant pressure that wears opposition down and eventually gets the better of them. It was in these rounds that he finished both of his victories over Wilder, with the former champ succumbing to his overwhelming volume. It wouldn’t be a shock to see Whyte suffer the same fate.

If he’s going to win by stoppage, it’s likely going to be later on – Whyte is after all a world class and durable fighter. We’re just not convinced he can keep up with Fury going into the second half of the bout, and that’s when the Gypsy King gets you.

This is one for those fancying an outside bet. It’s unlikely Whyte can outscore Fury, so his only realistic method of victory is a stoppage. He’s a big lad, and at this level, it only takes one clean shot to end a fight.