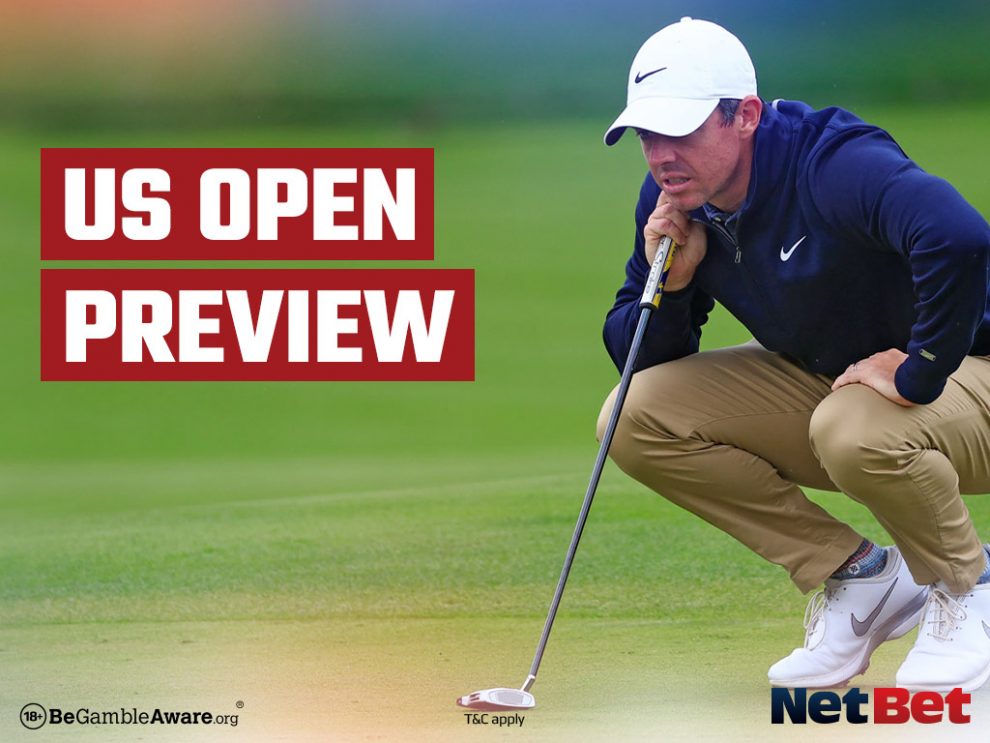 The third Major of 2022 gets underway this week at The Country Club in Brookline, a suburb on the outskirts of Boston. With the US Open setup being notoriously difficult, a plethora of players stand a chance of winning one of the most sought after prizes in golf. This year’s renewal is particularly competitive, with three players vying for favouritism on our golf betting list. To take a look at the best bets for the 2022 US Open, take a look at our in-depth betting site.

We’ve previewed the upcoming tournament, providing our best betting tips ahead of the prestigious event. When you place a £10 single or £10 each way bet on an outright winner, NetBet are offering a fantastic promotion –  a £1 Free Bet for every shot under par your chosen golfer goes in the first round and we are also now paying eight places on each-way bets!

US Open Preview and Betting Odds

The US Open is one of four Majors in the golfing calendar. Generally it is the hardest one to win due to its difficult course setup. The rough is normally knee-high and the course plays firm and fast. The Country Club is one of the toughest and most iconic courses in the USA and is steeped in tradition. The 1999 Ryder Cup was held here and won in dramatic style by the US team and the US Open was last held here in 1988. Incidentally, this is the fourth time the US Open is being held at The Country Club and the previous three tournaments have all gone to a play-off. With the betting so close for this year’s championship, could another play-off be on the cards again?

Last year’s winner Jon Rahm is looking to retain his crown but faces stiff opposition from the likes of Rory McIlroy, Scottie Scheffler and US PGA champion, Justin Thomas. In fact McIlroy (10/1), Thomas (11/1) and Rahm (12/1) head the field so it promises to be a thrilling week on America’s east coast.

It is hard to look past the Northern Irishman on his current form as he seeks a fifth Major title and a second US Open win after a record-breaking victory in 2011. In 11 tournaments this year, he has missed the cut just once and on the 10 other occasions, has finished inside the top 18 nine times, including a win last week at the Canadian Open. The course is long which suits this big hitter and his game looks on great order. If he can replicate his form from Canada, he will be hard to beat.

Like McIlroy, the world number 18 has had a superb season on the course. The only thing that is missing is that win but The Country Club brings back great memories for him as he won the 2013 US Amateur here beating the likes of Scheffler and Xander Schauffele to win. He has good vibes here and was in the final pairing at the last Major when he finished fifth at the US PGA. Surely a first win is around the corner for the young Englishman.

This potentially looks our surest bet of all. Horschel won the coveted Memorial Tournament on his last start, easing to victory against a top-quality field in Ohio. His best US Open finish is tied fourth in 2013 but this brilliant ball striker is at the top of his game right now and anything other than a top 20 finish would be a surprise, despite how tough The Country Club is.

Our 2022 US Open promotion is also available to our customers at NetBet Sport, where you can place a single of at least a £10 Win or £10 Each Way on the outright winner of the US Masters and get a £1 Free Bet for every shot they are under par in round one!