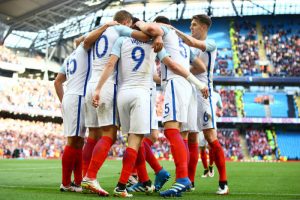 England may well have drawn their match 1-1 against Russia on Saturday night, but it’ll feel more like a defeat. England were utterly dominant throughout, but lacked a ruthless edge. Although it’s a different sport, they can take notes from the rugby team’s mental state. Let’s look more closely at what we learned.

Use of the Substitutes Bench

Although a different sport, one thing that cost Stuart Lancaster as England rugby coach was his pre-planned substitutions and failure to adapt to what was actually going on the field. It’s unfair to say that the substitutes cost England the goal, but things could have been done differently. Jack Wilshere and James Milner came on to solidify the midfield and Wayne Rooney and Raheem Sterling went off. Rooney was England’s best player and Hodgson said he was taken off because he was tired, not more so than Harry Kane or Adam Lallana. Hodgson selected five strikers in his squad, yet we only saw one of them on display. The last 20 minutes were made for Jamie Vardy, but he never came on. Hodgson later said that he would have made a third change, with Jordan Henderson coming on. Hodgson’s huddle with his assistants was bizarre to see and all we found out from that was, “if in doubt, bring on Milner.” England paid the price for their conservatism and caution, just like Lancaster did in the Rugby World Cup last year.

Playing to you strengths

One golden rule of coaching is to pick a team to play to your strengths and force the opposition to adjust to you, not the other way around. England’s defence is their weakness, so why expose it so much in the last 10 minutes? Play to your strengths Roy, which are pace, counter attacking and skill. All of which were good enough to beat the Russian team. Hodgson changed people’s perception of him by selecting an ambitious squad, but is still conflicted between this and his defensive beliefs. 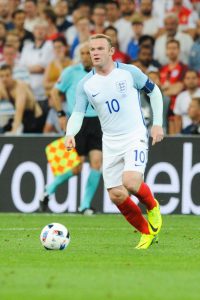 One thing we learned is that Eric Dier takes a cracking free kick. If it hadn’t been for some other great goals (Payet) over the first weekend, then he could be a contender for best goal so far. However, England’s decision to have Harry Kane taking free kicks and corners is madness! If you’re a midfielder in an international team, and you can’t kick a ball 40 yards over the first man, then you shouldn’t be in the team. Kane didn’t make one touch in the Russian penalty box. He’s England’s best finisher, yet is being misused. Alan Shearer summed it up best, by saying that it was like Lewis Hamilton changing his own tyres.

Under Lancaster, England’s rugby team would create many chances and fail to convert from them. The same can be said for the football team against Russia. They should have won by at least 2 goals if not more. Eddie Jones’ England team only created 4 genuine scoring opportunities against Australia on Saturday, but they scored from 3 of them. Hodgson needs to find this clinical and ruthless edge from his team; otherwise they’ll get punished again.