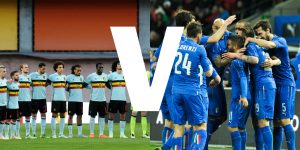 The Parc OL hosts both Belgium and Italy this evening, when the two sides clash in what looks to be one of the best group games in Euro 2016. The Belgians are ranked second in the world, whilst the Italians are ranked in twelfth place. The rankings are irrelevant though as France are ranked below Italy, but are a better team. The Italians were runners up in 2012, whilst this is Belgium’s first European Championships since co-hosting the event in 2000.

The Belgians have the most expensive squad in the tournament and are a good bet to win the whole thing at 9/1. Premier League players are aplenty, with Kevin de Bruyne, Eden Hazard and Marouane Fellaini all key players for their national team. Romelu Lukaku has been itching for a move to a Champions League team and Euro 2016 is the perfect time to showcase his talents, he’s 9/2 to score first this evening. Lukaku wasn’t the main goalscorer though in qualifying, as Eden Hazard scored 5 times, ensuring that the Belgians finished top of their qualifying group, albeit with two defeats against Wales in the process. Although they’re missing Vincent Kompany, Toby Alderweireld and Jan Vertonghen were part of Spurs’ defence last season, which was the most miserly in the league. Behind them in goal is another Premier League goalkeeper. Chelsea’s Thibault Courtois is expected to start in goal ahead of Liverpool’s sieve-like keeper Stephen Mignolet. Italy don’t score many goals and they might find it difficult against this Belgian defence. Get Belgium to keep a clean sheet at 6/4. 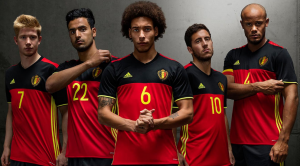 Their opponents tonight are Italy and this Italian side pales in comparison to great Italian teams of the past. Antonio Conte manages the team and has already announced his arrival at Chelsea ahead of next season. He’s the best manager in the competition and the only one who’d get a job at a top club. The Italians were unbeaten in their qualifying campaign, but weren’t convincing at all. Five of their seven victories were by a one goal margin, meaning that they had to rely on their defence. An Italian victory by one goal is priced at 3/1. Giorgio Chiellini and Leonardo Bonucci are experienced campaigners and they sit in front of one of the most experienced men in the competition in Gianluigi Buffon. Goals could be a problem though, with Graziano Pelle as their top scorer. He’s at 14/5 to score tonight, but without Andrea Pirlo’s creativity in the midfield, you wonder where the service will come from.

The weekend showed that historical form is still relevant in tournaments. Italy have never lost to Belgium in a major tournament, therefore a draw, priced at 41/20, is the most likely result if history is to be taken into account. However, if there’s one game where history should be ignored, then it is this one. This Italian side aren’t good, whilst Belgium will want to make a mark in the tournament. A 3-1 win to Belgium is priced at 23/1.

England set for semi final heartbreak, according to bookmakers
Euro 2016: 4 things we learned from watching England