The 70th British Grand Prix takes place this weekend at Silverstone. Great Britain has produced many World Champions over the years and here we look at some of the best drivers.

Moss’ career lasted for a decade between 1951 and 1961 and he was inducted into the International Motorsports Hall of Fame in 1990. He’s been described as the “the greatest driver never to win the World Championship,” with four runner-up finishes and three third place finishes in his career. He did however win 16 races and finished on the podium 24 times.

Surtees’ is renowned in the world of motorsport and he remains the only person to have won the World Championship in both a car and on a motorbike. His motorcycle career was more successful than his F1 career with four World Championships, but he did become the F1 Champion in 1964. He finished with 6 race wins and 24 podium finishes in his twelve year F1 career.

Hawthorn became Britain’s first Formula One World Champion in 1958 and upon winning immediately announced his retirement, citing the death of his teammate Peter Collins in the 1958 German Grand Prix as the reason why. Just months into his retirement, Hawthorn tragically died in a road car accident in Surrey, aged just 30.

Button is one of two current F1 drivers in this list. With 169 starts, Button made the second-highest number of race starts before be becoming World Champion, with only Nigel Mansell (176) starting more. His 16 year career has yielded 15 wins and 50 podium finishes.

In a 6 year Formula One career, Hunt became World Champion in 1976 and he was inducted into the Motorsport Hall of Fame in 2014. After retiring in 1979, Hunt went on to become a commentator for the BBC before dying from a heart attack in 1993.

Mansell won the World Championship in 1992; however a disagreement with Williams saw him sign with Newman/Haas Racing in the CART IndyCar World Series. After a two year hiatus, he returned to F1, however Damon Hill had overtaken him in the pecking order and he never regained the same level of success. He finished his career with 31 wins and 59 podium finishes.

Hamilton is a three time World Champion and is the current holder of the world title. In his debut season in 2007, he finished in second place behind Kimi Raikkonen before going on to win his first Championship in 2008. He was named Sports Personality of the Year following his second world title in 2014 and aged just 31, he could go on to break multiple F1 records.

Hill is a two-time F1 World Champion having won it in 1962 and 1968, and is the only driver ever to win the Triple Crown of Motorsport. Hill and his son Damon are the only father and son pair to have both won the Formula One World Championship.

Clark won 2 World Championships in 1963 and 1965, but he died in a Formula Two accident in 1968. At the time of his death, he had won more Grand Prix races (25) and achieved more Grand Prix pole positions (33) than any other driver. In 2009, The Times placed Clark as the greatest ever Formula One driver.

The “Flying Scot” won three World Championships and was the runner-up twice in his nine year Formula One career. He finished with 27 race wins and 43 podium finishes in his career and is known as one of the greatest figures in motor racing. 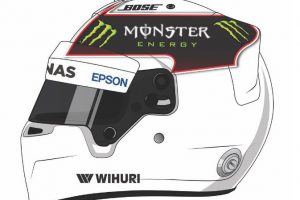 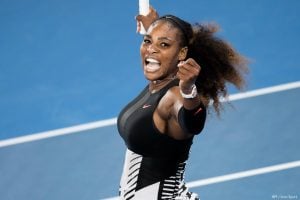