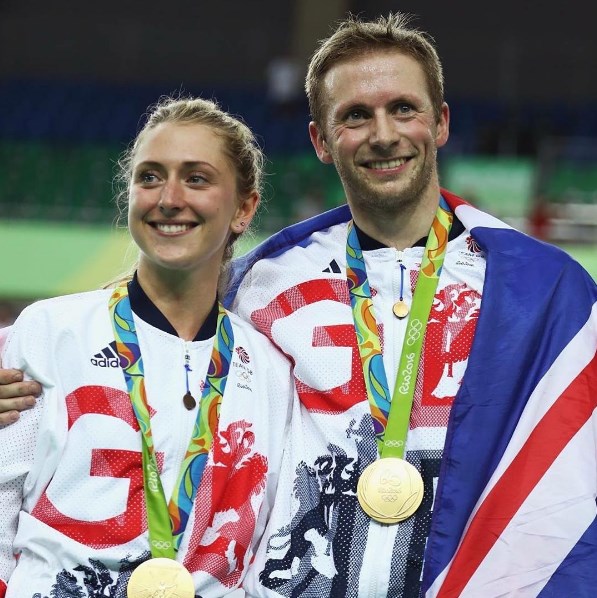 In London 2012, Team GB won a record 29 gold medals, a record 65 in total. On 9th August 2016, or the first Tuesday of the Rio 2016 Games, Team GB were languishing in the medals table, just behind Thailand, having won just one gold.

Panic ensued and questions were asked. Why haven’t we won more medals? Why do we keep finishing fourth? Will we even make half of the 48 medals that was the aim before the Olympics?

8 days later, Britain now sits in second place in the medals table, behind the USA and above China. What happened to spark such a meteoric rise up the table? Our best medal prospects had yet to participate in the Games and Team GB went on to have a quite simply incredible weekend. On Saturday they won three golds, four silvers and a bronze. Between the hours of 18.30 BST and shortly after midnight on Sunday, they’d won a further five golds. Justin Rose, Andy Murray and Max Whitlock (twice) winning golds to propel Team GB up the medals table.

The other gold medal that night went to cyclist Jason Kenny, who has won two of Team GB’s 12 medals in the velodrome in Rio. In doing so, he equalled Sir Chris Hoy’s British record of 6 gold medals in the Olympics. His fiancée Laura Trott became Britain’s most successful female athlete twice in these Games, initially becoming the most successful athlete for the first time with her team sprint gold, before Charlotte Dujardin won gold in the dressage. Trott regained her mantle following on from her gold medal victory in the Omnium. But these are just two members of Team GB’s cycling team. But why are they so successful?

Focus on the Games

British Cycling put all their focus on the Olympic Games. Winning in the World Championships is obviously desired, but the Olympics are always the end goal. British riders use the latest technology, in terms of bikes and kit ONLY at the Games. They do not let their competition see what they’ve used in the intervening four years.

Head coach of British Cycling Iain Dyer said “while we peak athletically for the Olympics, we also peak in our research and innovation for the Olympics. The helmets we are using here, we used in 2012, but haven’t used them again until now.”

Laura Trott won silver in the Omnium and Team Pursuit in the 2015 Track World Championships, and a bronze in the Team Pursuit in London in 2016. She’s taken part in four Olympic events and has won four gold medals. This is no coincidence and like the rest of the cycling team, her mind is focused on the ultimate goal, that being the Olympics.

Cynicism has gripped the Olympics following the Russian doping scandal, meaning that any wide success is likely to be treated with suspicion. When asked if technology was the crucial difference between Team GB and the rest of the world, Australia’s Anna Meares said “I’m not sure about the technology. I know the Australian team have done a marvellous job with technology in the last two years.” Australia is not the only nation to have questioned their success, with France and Germany also casting doubts over their success.

Dyer bit back with a deliberately blunt and belligerent response, “If you look at some of the times that have been done here, some of the teams simply haven’t shown up. That’s the bottom line.”

This is possibly the main reason as to why Team GB has been so successful and it’s starting to become a mind-set in other sports.

Dave Brailsford introduced the concept and said “the whole principle came from the idea that if you broke down everything you could think of that goes into riding a bike, and then improved it by 1%; you will get a significant increase when you put them all together.” Instead of just focusing on the bike and the cyclist itself, Brailsford paid attention to personal hygiene, citing that you could gain improvement through washing your hands and making sure that you don’t leave bits between your fingers. Essentially the tiny things that when combined together make a big difference.

Brailsford’s thinking of constant improvement has turned Team GB’s cycling team from also-rans into Olympic champions. Eddie Jones has implemented his thinking into the England rugby team and their progress has also rapidly improved. Other sports should take note and start using this philosophy as it’s one that harbours improvement.

What can other sports learn from cycling?

Sir Chris Hoy, Sir Bradley Wiggins, Sir Steve Redgrave and now Jason Kenny are considered as Britain’s greatest Olympians, and if Mo Farah adds to his gold medal haul in these Games, he can include himself on that list. Take note though, that three of those aforementioned names are cyclists, whilst Redgrave is a rower. Farah is a runner. Everyone runs, but both rowing and cycling are considered as minor sports throughout the rest of the world.

On the British Olympic Association’s website, under the “Our Vision and Brand” heading, they list as their motto, “Believe in Extraordinary”, followed by, “Our vision is to inspire the nation with Olympic athletes in the pursuit of excellence.”

The keywords here are “inspire” and “excellence”, the BOA know that they’re up against it in terms of getting youngsters to take part in niche sports, and behind closed doors, the phrase “managing victory” is often mentioned.

It is remarkably different to the FA’s stated aims and objectives, which instead of focusing on inspiration and excellence, place emphasis more on “managing expectation”. Just like the BOA, the FA has hit standards that have never been reached before, but at the other end of the spectrum. Following on from defeat to Iceland in Euro 2016, England fans might be forgiven if they cannot find an opponent that is so bad that they can confidently expect to beat.

Sam Allardyce has come in and should have a look at the BOA and Team GB’s aims and apply it to the national football team.