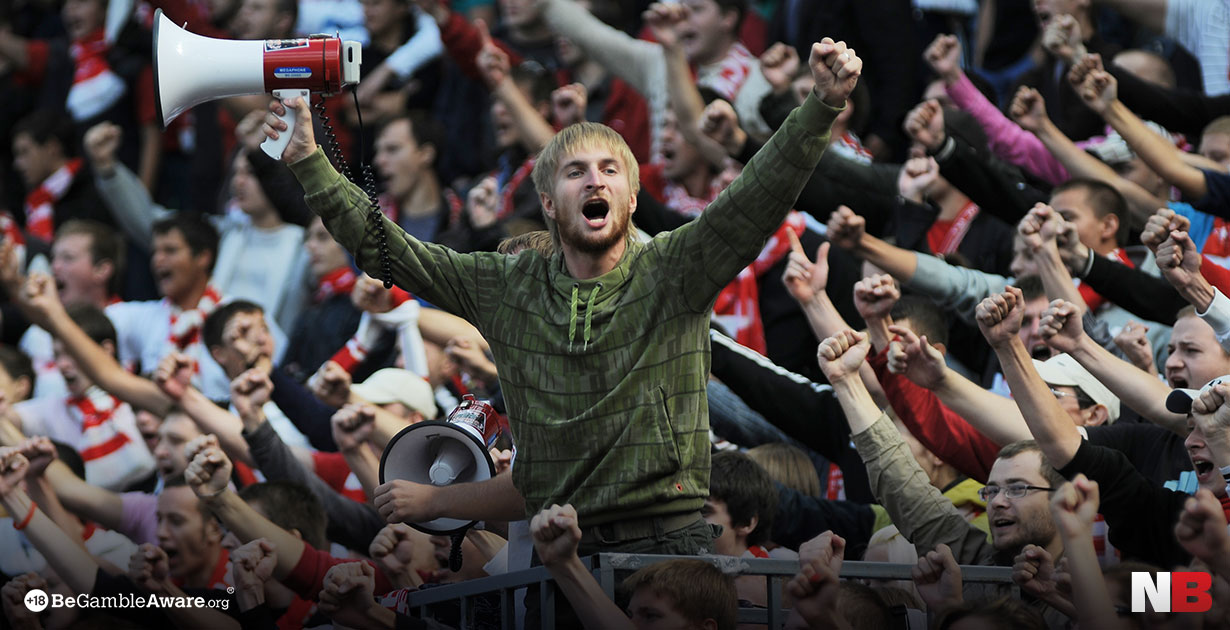 When a Birmingham City fan rushed the pitch and sucker-punched captain Jack Grealish in the back of the head this weekend, the media and football pundits were up in arms. In a season dominated by reports of bad spectator behaviour, the Grealish incident was one of three cases of fan interference that took place over the weekend. Manchester United’s Chris Smalling was shoved by a fan who took to the pitch during their game against Arsenal on Sunday, while Glasgow Rangers Captain Jack Tavernier was attacked by a Hibs fan. There are fears that this signifies the breakout of an epidemic of fan-on-player violence in British football, but the truth is that whenever large crowds of people gather to watch sport of any kind, there is always, and has always been, the potential for some muppet to do something idiotic.

They Never Think It Through

Quite what goes through the mind of someone planning an attack on a player is not known. Certainly in the case of Paul Mitchell, the man who attacked Grealish, there was no intention to assault the man. “His initial foolish intention was to just go on to the pitch and whip up the crowd,” claimed his lawyer. Quite how you get from “I’ll whip up the crowd” to “I’ll punch this man in the back of the head” is unknown, but even if there is genuine intent to cause harm, it never quite works out the way they think.

Take this attack on Steaua Bucharest defender George Galamaz in 2011. In a carbon copy of the Birmingham City incident, an idiot runs up and clocks Galamaz one from behind. But here’s where a bit of strategic planning would have come in handy, as now the young man finds himself in the middle of the pitch, surrounded by the rest of the Steaua team who are, quite rightly, outraged. A righteous kicking ensues.

But there are fans even stupider than that, particularly it seems, in South Africa. One clear-thinking Springboks fan decided in 2002 that what the game needed was for him to tackle the referee just as he’s setting a scrum. In his mind’s eye, he must have been sure that the players would step back and allow him to vent his frustration on this clearly corrupt official without incident. In reality, he was swarmed by both the South African and New Zealand packs and was eventually escorted from the field looking dazed and grateful to be rescued. But even that pales in comparison to this moron, who tried to tackle Louis Koen in 2003. Koen was lining up to kick a penalty when a Samoan fan leapt onto the pitch and tried to tackle him. It’s bad enough that he completely failed either to tackle Koen or even put him off his kick, but the guy also knocked himself out and had to be stretchered off the pitch. (Also, we love how Koen pays absolutely no attention to the man before, during and after his attempt.)

Angering two of the largest packs in the rugby world is dumb enough, but the idiocy does not stop there. Of all the opponents in the sporting world to try to fight on a whim, surely the very last ones to take on are ice hockey players. Let’s review the reasons why this is a terrible idea: they are wearing armour, they carry a stick, they have 12-inch long razors attached to their feet and finally, they’re already quite into fighting. How did these fans think it was going to end?

Things Can Get Really Bad

Every now and then, someone goes beyond the dumb impulse to get themselves onto TV and does something that can only be considered insane. In the early ‘90s, Monica Seles was the rising star of Tennis. In 1990, she had become the youngest player ever to win the French Open aged just 16. She was the top ranked female player for the next two years and had already won eight Grand Slam titles in 1993. However, her career was to be changed forever in Munich during a break in play against Magdalena Maleeva, when a crazed fan stabbed her in the back with a boning knife. It was an incident that shocked the sporting world, and drastically changed the approach to security for almost all sport. Saddest of all, it also changed Seles’ career, as she never played the same again.

Isfahan – Captured on video, a local Iranian soccer match was disrupted by a bomb explosion. One of the players unsuspectingly tossed the grenade-like device off the pitch a few seconds before it exploded. The video caught the shocking moment in a game between Sepahan FC from Iran and Al Ahli from Saudi Arabia.

That’s pretty mad, but things can occasionally get worse. What’s more insane: the fact that someone would toss a grenade onto a pitch – or the fact that it has happened twice in two different sports? The first example comes from an Asian Champions League game between Sepahan from Iran and Saudi Arabia’s Al Ahli in 2012. One of the players helpfully removes some debris from the field, which turns out to be a grenade that explodes on impact when he tosses it toward the advertising hoarding.

While obviously this sort of behaviour is completely outside the bounds of what is acceptable, those searching for a motive may be able to find some semblance of a reason for what happened. After all, it’s a Champion’s League game of high stakes between two nations that have historically been at odds for a very long time. However there can be no possible explanation for the complete psychopath that threw a hand grenade onto the court of a college basketball game in Israel.

A Long History of Idiotic Behaviour

Unfortunately, whenever there sporting events where spectators can come and watch, there will always be the opportunity for someone to do something stupid, and there always has been. There may be a political motivation, such as the death of suffragette Emily Davison who threw herself into the path of King George V’s horse at the Epsom Derby in 1913, or activist group Pussy Riot taking to the pitch during the 2018 W. Cup Final.

Other sports have a history of fan interference that goes all the way back to the beginning. The very first Tour De France excited such passion amongst fans that the next race, held in 1904, was a disgrace. Riders were attacked by packs of fans and the routes were barricaded or strewn with nails. Of course, the riders themselves were cheating whenever they could which did not help. Over the years, things improved a bit although the shadow of cheating still hangs over the sport. The bad behaviour of fans continues, such as the 1975 Tour in which Eddie Merkx was punched in the kidney by a fan during a hill climb. Even now, there are idiots who think that punching a rider is okay, including the fool that took a swing at Chris Froome in 2018.

The Tour De France leaves itself exposed to such behaviour by keeping the route open to fans who can get as close as they like to the riders, and also filling the road with cars and motorbikes. This has led to numerous spills and crashes. Baseball has a similar problem. For a baseball fan, catching a ball that has been hit into the stands is a big moment, and this can lead to over-eager fans disrupting the game by reaching a bit too far.

Probably the most famous and bizarre act of sporting interference took place in Las Vegas and features possibly the only example of a repeat offender. In November 1993, Heavyweight boxing champion Riddick Bowe was fighting in a rematch against Evander Holyfield at Caesar’s Palace. To the viewers at home, it may not have been readily visible that the fight was taking place outside. But mid-way through Round 7, something utterly bizarre happened: a man parachuted into the ring.

James “Fan Man” Miller was a paragliding enthusiast who claimed that he had crashed into the ring by accident. He later claimed that he wanted to break up the fight as he was ‘opposed to all violence’. Again, falling into the ‘didn’t think it through’ category, Miller was lucky not to have his head knocked off by either of the two boxers. As it was, he was beaten unconscious by security at ringside. This did not stop Miller for long, who circled above a Denver Broncos/LA Raiders game in 1994 (though he did not land on a pitch full of armoured football players, indicating the potential to have learned from his mistakes) and then travelled to the UK to sky-dive into a Bolton Wanderers/Arsenal FA Cup tie. He then dropped onto the roof of Buckingham Palace and removed his trousers, revealing legs that were painted green. This earned him a lifelong ban from the United Kingdom and lifelong infamy for his foolish behaviour, but hey, at least he got a Simpsons parody out of it.

So what’s the moral of the story? Well, obviously, if you’re thinking of jumping onto the pitch and doing something stupid, you need to sit down and have a word with yourself because the other option, assuming you’re still conscious, is that the police will be having a word with you shortly afterwards. But wherever there is a combination of sporting passion, high spirits and television cameras, the possibility always remains that someone will do something dumb. Just behave yourselves, all right? It’s not going to end well for you.