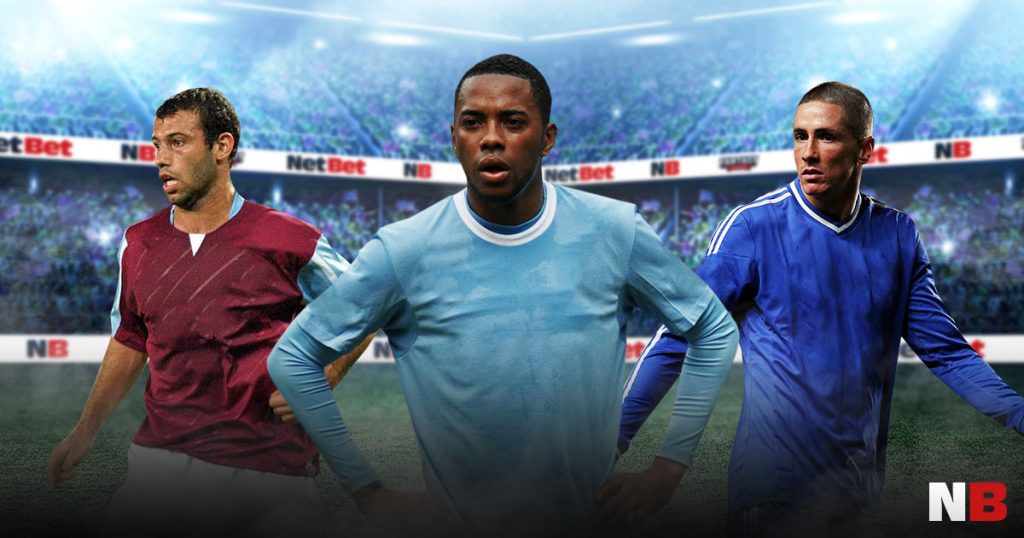 Here we take you on a nostalgic journey through time to have a look at 20 of the worst signings that have been made on this day. Whether it was a case of panic buying or just underperforming players, there will always be an Alfonso Alves for every Luis Suarez.

Happy Jim White Day to you all!

Manchester City -> Sunderland (loan), 2012
City paid £11.5 million for Bridge in 2009, but he made just 58 appearances in four years. He made a series of loan moves, but his time at Sunderland was particularly unmemorable. He played 10 times (half of those as a sub) and only once completed a whole 90 minutes.

Free Agent -> Manchester City, 2011
Hargreaves was released by Manchester United in 2011 and a series of YouTube videos proving his fitness was enough for him to be signed by Manchester City. He made a total of one Premier League appearance for them, before being released again the following summer.

FC Twente -> Fulham, 2011
Fulham broke their transfer record in 2011, paying £12 million for Brian Ruiz. He scored 33 league goals in two seasons in Holland, but managed just two in his first season in the Premier League. His second season was not much better, managing just five before being sent on loan to PSV.

Feyenoord -> Tottenham Hotspur, 2006
Spurs lured Ghaly to the Premier League, but after 34 appearances he suffered the ultimate indignation by coming on as a sub, before being subbed off later in the game. He had a tantrum on the side line and never played for Spurs again.

Corinthians -> West Ham
Mascherano arrived at Upton Park with Carlos Tevez, but unlike the striker, Alan Pardew didn’t want to put him in the team. He made just seven appearances for the Hammers, before being sent out on loan to Liverpool, where he played in the Champions League final.

Rennes -> Sunderland, 2010
Gyan had a good debut season with Sunderland, scoring 10 goals in 31 games. But he played just three times the following season, before leaving for Al-Ain. He’s recently returned to the Championship with Reading.

Blackburn -> West Ham, 2010
West Ham were in need of a striker in 2010 and they thought they’d found the answer in McCarthy. He arrived overweight though and couldn’t run around the field, making 14 appearances before being released on a free at the end of the season.

Fenerbahce -> Arsenal, 2011
In a classic Wenger move, Arsenal were scrambling for players on Deadline Day in 2011. They found Andre Santos, costing £6 million, making 33 league appearances over 18 months before going back to Brazil.

Manchester United -> Aston Villa, 2005
Djemba Djemba did not have a happy time in the Premier League. He was disappointing at Manchester United and arguably worse at Aston Villa. He played 11 games, had a loan spell at Burnley, before being released on a free.

Real Madrid -> Manchester City, 2008
City’s new owners made an impact with the arrival of Robinho in 2008, but rumours suggested that he thought he was signing for Chelsea or Manchester United. He had a good first season, but decided a year later that he didn’t like the cold and was sold to AC Milan.

Lazio -> QPR, 2012
Cisse scored 6 times for QPR, but managed to get himself sent off twice. He missed seven of 16 games through suspension, and started 12 games of the following season before being deemed surplus to requirements.

Fulham -> Liverpool
Hodgson bought his old left back from Fulham with him to Liverpool in 2010 with Alex Kacaniklic and Lauri Dalla Valle going in the other direction. Konchesky played half a season before being shipped out on loan.

Portsmouth -> Manchester City, 2008
Shortly before Robinho’s arrival, City were desperate for anyone who’d ever played as a striker. Benjani was signed for £5 million and scored on his debut. He managed just two more in the league all season, before being sent out on loan at Sunderland and Blackburn.

Inter Milan -> Everton, 2005
Van Der Meyde made just 22 appearances in his four years at Goodison Park. He was fined and suspended on multiple occasions by the club, sent off in his first Merseyside derby and failed to score a single goal.

Deportivo La Coruna -> Newcastle, 2008
Newcastle paid £5 million for Xisco, but without manager Kevin Keegan sanctioning the transfer. He played just 11 times for Newcastle, scoring one goal and his contract was finally cancelled in January 2013.

Anzhi -> QPR, 2013
Samba arrived in the midst of a relegation battle at QPR for £12 million and wages of £100,000-a-week. He played 10 games in a row, with the team conceding 19 goals in that period before being dropped for the remaining four games.

Heerenveen -> Middlesbrough, 2008
Alves has gone down in folklore as a reference point for all players to be judged on when they arrive from Holland. He scored 13 goals in 49 games, having been prolific in Holland, but his goal tally was nowhere near enough to keep Boro up in 2008/09.

Newcastle -> Liverpool, 2011
Liverpool broke their transfer record to sign Andy Carroll in 2011, but injuries blighted his time at Anfield. He’s since moved to West Ham, where he’s taken up residence in their physio room as well.

Real Madrid -> Newcastle, 2005
This move was the beginning of the end for Owen, who suffered from repeated injury setbacks in his time with the Magpies. He made just 79 appearances, scoring 30 goals and he cost Newcastle around £1.3 million per goal.

Liverpool -> Chelsea, 2011
Torres will go down as one of Deadline Day’s greatest ever flops. He was never able to replicate his form that saw him valued at £50 million. Chelsea eventually loaned him out for two years, effectively ending his contract.