It’s almost unbelievable that we are mid way through January and we’re counting down the weeks to Cheltenham via the fantastic weekends of racing, that January and February offer both in England and in Ireland, with various Cheltenham Festival trials taking place as we all look to form our fancies for the biggest week of the year for jump racing fans.

As always, the National Hunt season so far has given us all many highs and lows, from the sadness of losing Vautour, the shame of Don Cossack retiring and the uncertainty that forever hangs over where Willie Mullins sends his stable stars to the breathtaking Thistlecrack who took the King George in his stride on only his fourth start over fences, the brilliant battle between Un De Sceaux and Sire De Grugy in the Tingle Creek to seeing Douvan showcase his talent which leaves us dreaming of the heights he can hit over fences.

From my first post almost five months ago now, I highlighted 20 horses to follow and to look out for, many of which have been winners and have been placed at good prices. Altior who was 4/1 for the Arkle is now around 5/4, Yanworth who was 20/1 for the Champion Hurdle is now around 5/1 and Robin Roe looked set to be the horse to take Dan Skelton’s yard to the highest heights before falling and sustaining a bad injury in the Challow Hurdle at Newbury. Of other horses mentioned, Seafood won within weeks of the blog going out, then finished placed in the Grand Sefton at Aintree and Doctor Harper finished a short head away in second at Cheltenham on New Year’s Day at 14/1. Other winners included, Asum, Aux P’tis Soins, La Bague Au Roi, Lisheen Prince, Invitation Only and Give Me A Copper.
Whilst I think these horses are all still worth following, I have a few more who have found their way into my notebook and I wish to share them with you here. I very much hope you all have a successful second half of the season and i’ll be back in early March with a Cheltenham Festival update.

This horse ran very well first time up when showing many signs of inexperience and greenness finishing sixth beaten seven lengths in a bumper at Warwick at the backend of last season which was won by Clondaw Cracker with the aforementioned Asum finishing runner up.
He had his seasonal debut last week and was 66/1 but ran much better than his write up would suggest as he ran very wide throughout at Hereford in a race won by Keepers Hill, who Warren Greatrex thinks very highly of. In my mind, I can see him finishing in the top half a field in another novice hurdle and then will be handicapped accordingly where the Bradstock’s will be able to get a win out of him and hopefully will be able to let the horse improve throughout his career.

Looking at Dragon’s Den form figures, you’d probably say that I was out of my mind for added this horse to my notebook, but i’d been very taken with his race at Cheltenham last time out, despite finishing 30 lengths behind the eventual winner, Call of Duty. Dragon’s Den was held up in this 3 mile contest but travelled well throughout and didn’t jumped badly at all. As they turned away from the back straight and down the hill, when the race started to shape and progress, he moved up menacingly and took me by surprised at how easy he scythed through the pack. He then weakened out of the contest quicker than he moved up which suggested (along with his absence since) that he may have picked up a minor knock or something may have been amiss. That would not worry me now he is dropped to a mark of 118 over hurdles and i’m sure his very shrewd trainer, Jackie Du Plessis can definitely get a win out of this ten year old before the season is out at one of the smaller courses over 2m4f plus. Mark my words.

Whilst the Phillip Hobbs trained Defi Du Seuil has taken the Juvenile races in his stride this term, it’s his owner JP McManus’ other English Triumph Hurdle hope that I am most taken with. That horse is named Charli Parcs and he ran and won very easily first time out at Kempton over the Festive period. I totally understand he didn’t have much to beat that day, but as we all know from previous years, Nicky Henderson is a master of training juvenile hurdles and he was waxing lyrical about this horse prior to and after his debut win. I’m sure we’ll see him at least once more before Cheltenham, but the way he travelled, jumped and quickened gave me the feeling this horse could be high up the pecking order at in the Seven Barrows juvenile department.

Haymount went into my notebook recently, but not for being a horse who I think will reach the heights over fences, but who is a horse who I think has been laid out for the Four-Miler at the Festival. He is not the flashiest of horses and never really appreciated hurdles when he jumped them often making mistakes and being rather slow over them, but he did run in some hot little races in behind Mall Dini (Pertemps Final Winner 2016), Edwulf, Acapella Bourgeois and Cup Final on his final run over hurdles and his first try over 3 miles, when he travelled well throughout and stayed on steadily at the closing stages.
First time out this season, Haymount won his seasonal reappearance beating Coney Island by three lengths who himself went on to win the Grade 1 Drinmore Novice Chase and then he finished second in the Grade 1 Novice Chase over theFestive period in Ireland. His jumping could not have been questioned at all as he seemed much happier to be tackling the bigger obstacles.
Haymount then finished second to RSA favourite Bellshill over a trip much shorter than ideal when running in a Grade 2 over 2m3f on Boxing Day at Limerick, when ridden by Paddy Mullins, who i’m sure will be very keen to ride in the Four-Miler at Cheltenham. It is no secret that the Mullins team like to win that race and they always like to have a horse targeted and at 16/1 he is well worth an each way bet.

A photo posted by Irish Champions Weekend (@irishchampionsweekend) on Sep 11, 2016 at 12:16pm PDT 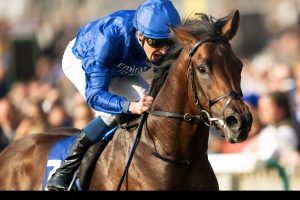 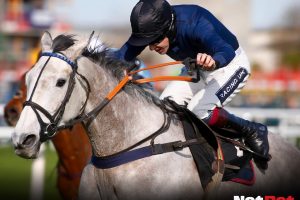 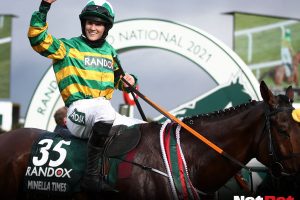 Our Guide to Picking a Grand National Winner