At the end of last week, Formula One driver Lewis Hamilton announced a competition on Instagram, where fans could design his racing helmet for the upcoming season.

We’ve picked out a few of the entries so far.

With the face of Pastor Maldonado on the side of the helmet, wouldn’t that cause some confusion?

A case of less is more and has a nice subtle touch, but would Hamilton want to drive around with the word “Nico” on his helmet?

There’s a lot going on with this design and what are the abstract scribbles on the jaw?

He’s paid enough already, but he might have to be paid a bit more to wear this one!

The image of the dog is sure to scare any drivers that are stuck behind him.

This is a good one, best of the bunch so far, a good tribute to Hamilton.

Formula One is all about glitz and glamour; this could be Hamilton’s designer option. 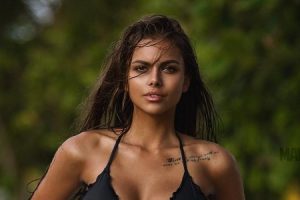