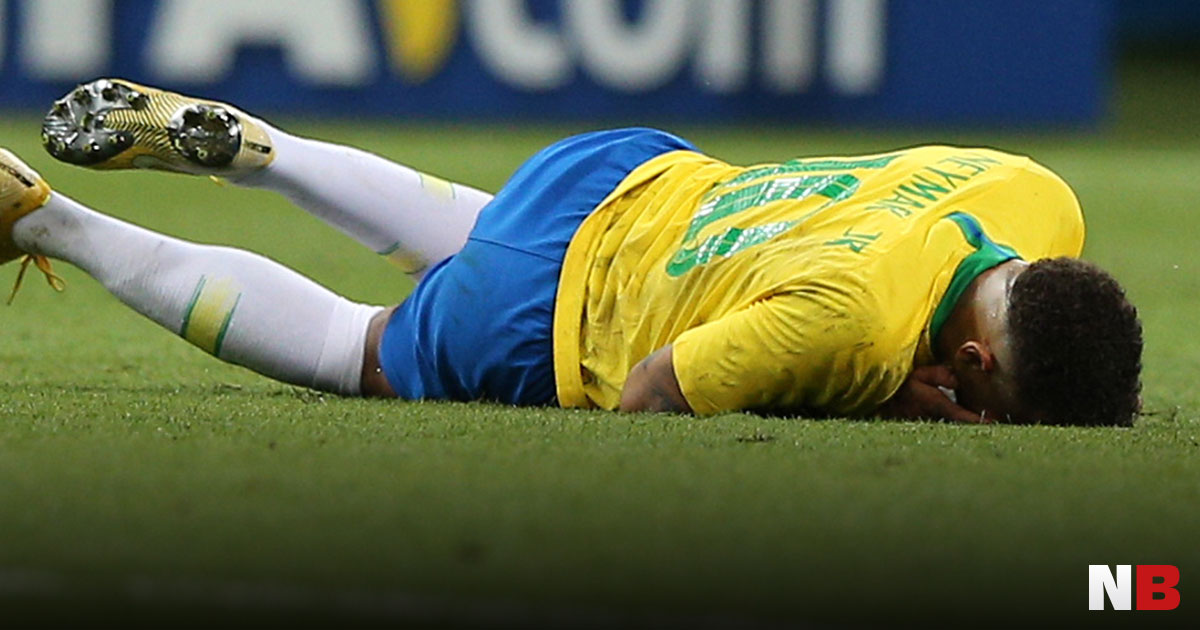 For most of us, finding something to laugh about in 2018 was a bit tricky. After all, it’s a bit depressing out there at the moment. Fortunately, we will always have sport to make things better. After all, what’s better than seeing someone (who probably makes more money per year than most of us will ever see in our lives) messing up in front of thousands, even millions, of people?

Let’s start with a bit of wrestling. The WWE put on a special Royal Rumble in Saudi Arabia over the summer. If you’re not familiar with a rumble, it’s when between 30-50 wrestlers all fight at once, coming into the ring at one-minute intervals. Sometimes they stalk down the ramp looking mean and making threats; others are so hyped up and eager to get into action that they sprint down there and dive straight into the ring. And then, there’s Titus O’Neil.

For more ring-based action, I’m sure Derek Chisora was aiming for something a little more sinister when he came up with this line, but it was correctly identified by Dillian Whyte as ‘a bit of weird analogy’. But this year’s funniest fighter accolade can only go to one man: Derrek “The Black Beast” Lewis. He may be a terrible fighter, but his post-fight interview after the defeat of Alexander Volkov immediately made him a star.

Of course, there was a W. Cup this year, which is always fertile ground for some entertainment. It was a year of huge upsets where most of the big teams made an early exit. Neymar managed to make an impression during his short visit to Russia, inspiring his own “Neymar Challenge”. Not to be outdone, Brazilian goalie Allison Becker popped a big red balloon, but the most joyous celebrations of the tournament came when South Korea shocked the world by dumping former World Champions Germany out of the cup in extra time, and then the entire nation was adopted by an overjoyed Mexico. And while scoring against England is usually fun for most nations, you want to be a bit careful about how you celebrate.

It was not a great year for Germany generally, because one of the standout funny moments from outside the W. Cup came from the Bundesliga. “Keep your eye on the ball” is just about one of the most basic rules of any game, but it’s reassuring to see that even the professionals sometimes forget. In this case, Mainz goalie Robin Zentner is the object lesson. But while the players are fumbling all over the place, German managers continue to excel, particularly the always delightful Jurgen Klopp. Best moment of the year goes to Kennedy Bakircioglu, for scoring a cracking a goal, catching a pint thrown from the crowd and drinking it, all without losing a step.

Across the pond, media companies have the decency to package all their best moments together for things like the NFL and NBA. So did Formula 1, those crazy kids. Meanwhile, Tennis player and human highlight reel Nick Krygios provided enough entertainment for his entire sport. In horse-racing, things were a bit more out of control. And when we say ‘things’, we specifically mean the horses. The incident with reporter Hayley Moore could have ended badly and would have absolutely been no joke. But you can’t say that about this moment in Chantilly, France: a horse walks into a bar…

In the snooker world, the year pretty much belonged solely to Mark Williams. The 43 year old Welshman capped a stunning return to form by winning three titles this year, including the World Championship. Having spent most of the decade in the doldrums, Williams came into the Championship with low expectations, just there to have fun. He felt his chances of winning were so remote, he promised he’d do the press conference naked in the unlikely event that he won. After a series of ‘eyes closed’ pots along the way, he beat John Higgins 18-16 and sure enough, lived up to his promise.

Finally, to France, and the men’s under-23 European Cross-Country champion Jimmy Gressier’s attempts to knee-slide across the finish line. It’s kind of a metaphor for everything.