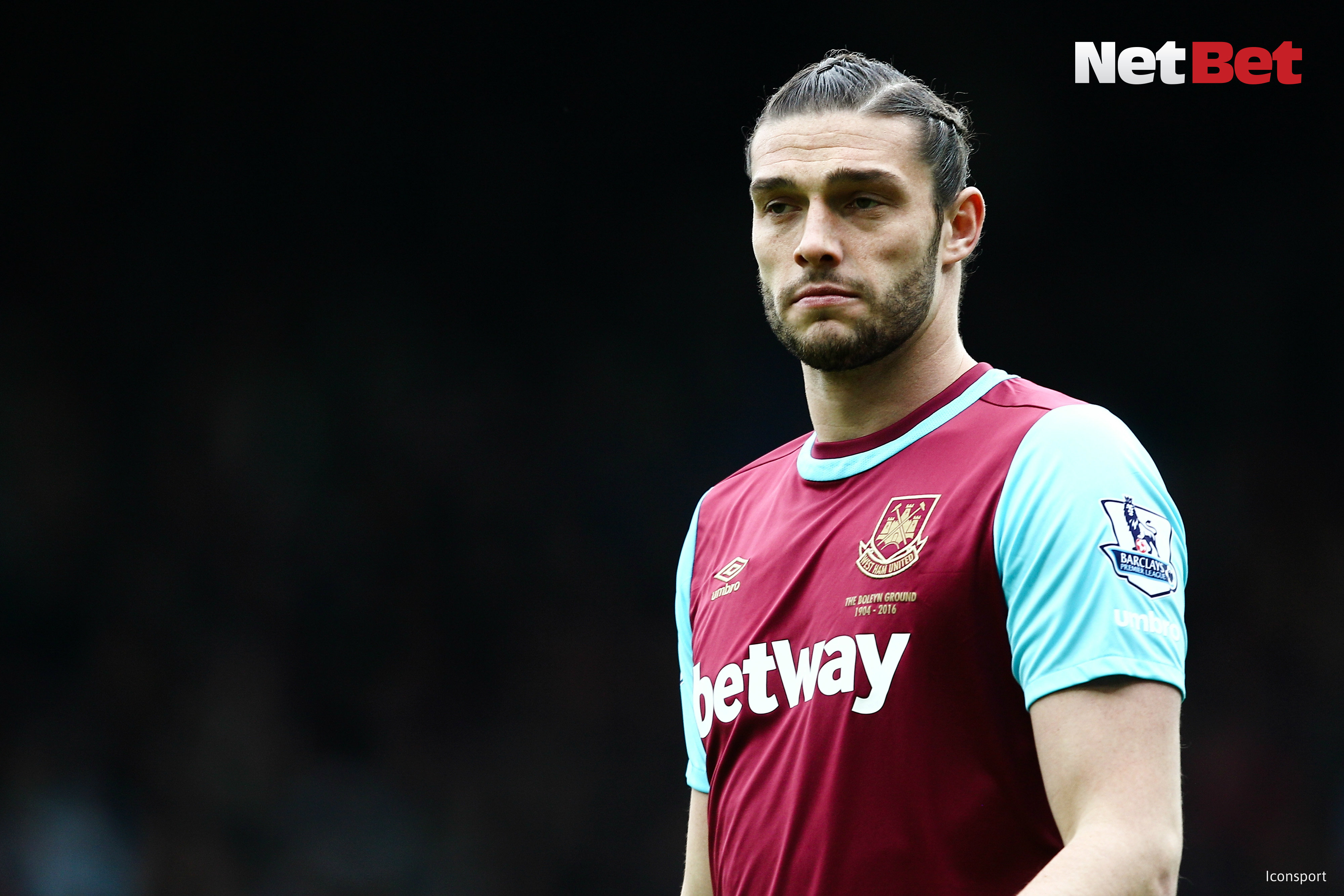 As the transfer window rolls around again, West Ham are still stuck looking for a striker. Since David Gold and David Sullivan took control of the club in 2010, they’ve been looking for a goalscorer that’ll propel them up the table.

Seven years on and they’re still looking, having signed no less than 32 players, many of which have been failures.

Kelechi Iheanacho and Olivier Giroud have both been linked with the club this summer, as the owners desperately hope to end their run of poor recruitment.

We’ve had a look at all 32 forwards signed since Gold and Sullivan and have assessed how they’ve fared.

Considering some of the names on this list, Ilan could be classified as something of a success. His four goals included strikes against Everton and Sunderland, but he was released at the end of the 2009/10 season.

West Ham signed him for £5 million from Burnley, but McCarthy turned out to be a terrible piece of business. Vice-Chairman Karren Brady called him a “big fat mistake” and his contract was terminated and he left with a £1.5 million pay off.

Mido arrived on a four month loan spell on deadline day, but his goal return for West Ham was poor. He’s since retired and embarked on a coaching career, where he is now the manager of Egyptian side Wadi Degla.

After a season-long loan at the club, Piquionne was signed on a permanent deal by Avram Grant and repaid the club with 11 goals in 62 games. After being released by the club, he joined Portland Timbers and is now playing for Mumbai City in the Indian Super League.

Obinna arrived on loan from Inter Milan and scored eight goals in 32 games as West Ham were relegated. He went on to play for Lokomotiv Moscow, Chievo and Duisburg, but is without a club having been released by Darmstadt in January 2017.

Demba Ba was a success at West Ham, although his goals weren’t enough to save them from relegation. He left at the end of the 2010/11 season to join Newcastle, before signing for Chelsea. He’s now playing for Shanghai Shenhua in the Chinese Super League.

West Ham signed McCallum for £64,000 from Dulwich Hamlet, but he never made a first team appearance and later joined Leyton Orient on a free transfer. He’s now playing for Eastleigh in the National League.

The legendary Irish striker scored goals wherever he played, except for West Ham. He arrived on loan from Spurs, but struggled for form as the Hammers suffered relegation. He then moved to LA Galaxy where he remained until 2016, but is now unattached.

Montenegro made just one appearance for West Ham, coming on as a late replacement against Sheffield Wednesday in the FA Cup. He returned to Paraguay, before re-appearing at Leeds in 2014/15.

Carew was a great success at Aston Villa, but struggled at Upton Park, scoring just twice. He retired after leaving the club and is now an actor.

Baldock arrived from MK Dons for £2.4 million, but scored just five goals in his only season at West Ham. He now plays for Brighton, where he is expected to be a part of their squad for the Premier League next season.

Vaz Te was a revelation for West Ham in their promotion winning campaign, where he scored the winning goal in the play-off final. He wasn’t good in the Premier League and was later sold to Turkish club Akhisar Belediyespor.

Maynard arrived for £1.7 million from Bristol City, but was sold just nine months later to Cardiff. He’s now a free agent after his contract at MK Dons ended.

Maguire signed from Waterford United, but never made a senior appearance for West Ham. He forged a career in his native Northern Ireland, but there are reports suggesting that he’ll sign for Preston North End this summer.

Carroll is arguably West Ham’s best striker at the moment, but his fitness is a major concern. When he plays, he scores goals, but he’s struggled to stay fit for a long period of time. When fit, he’s a nightmare for the opposition.

Maiga showed glimpses of his quality in his debut season in the Premier League, but he was too inconsistent. After two loan spells away from the club, he was sold to Al-Nassr in Saudi Arabia and now plays for Al-Ittihad Kalba in the UAE.

The Brazilian arrived on a six-month loan, but never made an appearance for West Ham. He now plays on-loan for Chapecoense.

Chamakh joined on loan from Arsenal, but made just three appearances before his loan spell was terminated early. He later moved to Crystal Palace and was last seen playing for Cardiff.

Whitehead came off the bench in West Ham’s 5-0 defeat to Nottingham Forest in 2014 and wasn’t seen again. He’s now playing for Wigan, where he has transitioned to a midfield role.

West Ham were in desperate need of a striker in September 2013 and they settled for Petric, who’d just completed an average spell at Fulham. He was gone just five months later and retired, after a spell with Panathinaikos in Greece.

Cole was re-signed by West Ham, just months after they released him because they couldn’t find any other strikers. He’s something of a cult hero at West Ham, despite a fairly average goal return.

Italian journeyman Borriello rocked up at West Ham in 2014, but after just two games was sent packing. He’s now back in Italy, playing for Cagliari.

Gordon is yet to make an appearance for West Ham, but he’s seen as one for the future. He’s been sent out on a number of loan spells, most recently at Newport County.

Zarate showed flashes of brilliance at West Ham, but fell out with Sam Allardyce and was sent out on loan to QPR. Slaven Bilic gave him a chance, but he was later sold to Fiorentina in January 2016. He’s now back in England, playing for Watford.

Sakho had an impressive debut season under Sam Allardyce, but a combination of injuries and off-field indiscretions have led to him falling out of favour under Bilic. If he gets fit though, he could still play a part for West Ham.

Valencia starred for Ecuador at the 2014 World Cup and arrived for a club record fee, but he’s failed to live up to expectations. He was sent out on loan to Everton last season, but hardly featured and he could be set to leave permanently this summer.

Jelavic was another panic buy and failed in the Premier League. He scored just twice for West Ham, before being sold to Beijing Renhe, who play in the Chinese first division.

Emenike arrived on loan from Fenerbahce, but scored just twice in 16 games. He wasn’t signed permanently and is now back at his parent club.

Zaza arrived on the back of a missed penalty at Euro 2016 and his time at West Ham was just as unimpressive. His loan spell was cut short before it was made permanent and he is now playing for Valencia.

Hopes were high for Calleri, who played for Argentina in the 2016 Olympics, but he flattered to deceive in his loan spell at the club. His deal wasn’t made permanent and he’s returned to Deportivo Maldonado.

Martinez had a good loan spell at Oxford last season and was also prolific for West Ham’s youth teams. He’s highly rated, but is yet to make an appearance for Slaven Bilic’s side.

Fletcher is another player for the future, but was heavily involved in the first team in his debut season at West Ham. He scored one goal for the club, but looks as if he’d benefit from a spell out on loan.

European U21 Championship: Ten Players to watch out for
Stadiums: Does moving stadiums pay off?