Celebrate the biggest night in the film year with the best odds from NetBet.

The nominations have been made and now all we have to do is wait until 4th March to find out who the winners of the 90th Academy Awards will be. The Shape of Water is leading the pack, as it has throughout the whole of awards season, with an incredible 13 nominations including Best Picture, Best Actress, Best Supporting Actor and Best Supporting Actress. It doesn’t quite beat La La Land’s record of 14 nominations from last year, though. Other big contenders are Dunkirk and Three Billboards Outside Ebbing, Missouri which are both well-represented in all the main categories.

Like every year, the big night promises to be a glamourous affair, but this is the 90th Anniversary of the Academy Awards so we can expect everyone to be pulling out all the stops for the biggest ceremony to date. Jimmy Kimmel is booked to host for the second year in a row, disproving his prediction last year that he will never be invited back.

Here at NetBet, the Specials Betting on our Sport page has released the best odds for the main categories. This year the odds in many categories have wide gaps between the nominees so think carefully before putting that bet down, the Oscars are known to be unpredictable! Remember last year, everyone was talking about La La Land as a certainty for Best Picture (NetBet odds: 1/10) only for Moonlight to get the top prize (NetBet odds: 7/2). What surprises are in store for us in 2018?

It’s not long until the big night, so have a look at NetBet’s picks below and see if it could mean a big win for you:

Timothee Chalamet [Call Me by Your Name] 12/1

Sally Hawkins [The Shape of Water] 7/1

Richard Jenkins [The Shape of Water] 18/1

Christopher Plummer [All the Money in the World] 22/1

Octavia Spencer [The Shape of Water] 22/1

You can find odds for every category in the Academy Awards 2018 here where the biggest film buffs can bet on categories such as Cinematography, Editing and Foreign Language. 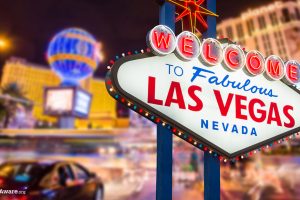 The Oscars: NetBet’s Odds and Predictions